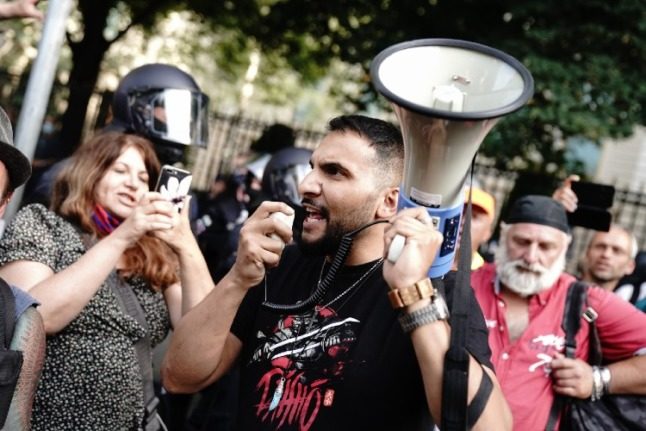 Attila Hildmann, a former vegan celebrity chef who has railed against shutdown restrictions and vaccines and spread outlandish propaganda, is believed to have received information about an investigation against him from the suspect.

Berlin’s top justice official Dirk Behrendt confirmed media reports of a probe against a former employee from the local public prosecutor’s office on allegations of violating her duty to protect official secrets and attempted obstruction of justice.

The 32-year-old IT department staffer has since been sacked but is not in custody.

“There has never been a comparable case in the Berlin justice system in my memory,” Behrendt tweeted.

Beyond the criminal investigation against the staff member, the public prosecutor has “developed measures to make it more difficult to gain access to such information about probes… this must never happen again”.

Hildmann, who has both German and Turkish nationality, has faced possible criminal charges since last year including incitement and resisting arrest.

However he is believed to be in Turkey, which does not extradite its citizens.

Using his Telegram channel, Hildmann has claimed to tens of thousands of followers that the “socialist” Angela Merkel was “worse than Hitler” due to the coronavirus restrictions her government imposed.

The alleged mole is believed to belong to the so-called Querdenker (“Lateral Thinker”) movement, which emerged last year as the loudest voice against the government’s pandemic curbs.

Its large protests have attracted a wide mix of people including vaccine sceptics, neo-Nazis and members of the far-right AfD party.

A public prosecutor’s office spokesman told AFP that the woman came to the authorities’ attention due to her participation in such rallies and suspicious searches she had conducted in the office’s databases.

Digital documents about the Hildmann case the suspect allegedly passed on to him were found in her apartment during a search in July. She also reportedly visited Hildmann in Turkey earlier this year.