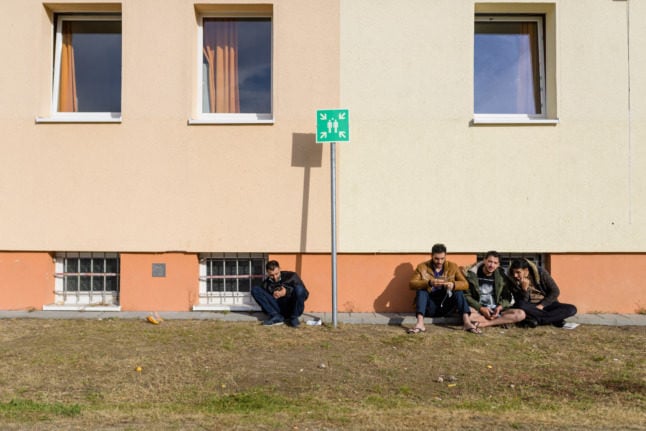 Refugees check their mobile phones at the arrival centre of the initial reception facility of the eastern German state of Brandenburg in Eisenhuettenstadt, on October 25th, 2021. Photo: JENS SCHLUETER / AFP

“I want to live here,” he says in broken German, learned through a few months of online courses.

Siban spent eight days trekking across Poland by foot to get to Germany after flying to Minsk from Turkey.

Siban is one of more than 6,100 illegal migrants who have entered Germany via Poland from Belarus since the beginning of this year, most of them from the Middle East, according to German authorities.

The EU accuses Belarusian President Alexander Lukashenko of flying migrants from the Middle East and Africa to Minsk and then sending them into the bloc on foot in retaliation for sanctions imposed over a crackdown on the opposition.

German Interior Minister Horst Seehofer has branded the alleged scheme “a hybrid threat, in which migrants are used as political weapons”.

The migrants are initially crossing from Belarus into Poland and the Baltic States, but many are then travelling on to Germany – seen as welcoming to migrants after Angela Merkel’s decision to leave the borders open to hundreds of thousands in 2015-16.

On arriving in Germany, the migrants are not being immediately sent back to Poland as EU rules would normally dictate, but taken to reception centres for registration.

The centre in Eisenhuettenstadt has seen 10 times more arrivals this year than in 2020, Olaf Jansen, head of the city’s migration authority, tells AFP.

It feels like 2015 all over again, “even if we don’t have the same numbers” at the national level, he says.

A dozen new tents have been set up to accommodate the new arrivals and create space for Covid-19 testing centres.

Around half of the 1,300 asylum seekers at the centre are from Iraq. The others are mostly from Syria, Afghanistan, Iran and Yemen. A refugee sits as clothes dry at the grounds of the arrival centre of the initial reception facility of the eastern German state of Brandenburg in Eisenhuettenstadt. Photo: JENS SCHLUETER / AFP)

Most of them want to remain in Germany. “Very few want to continue the journey to France or northern Europe,” Jansen says.

“I want to stay in Germany and continue my studies. It’s good here,” says Rohullah, 23, who arrived four days ago from Afghanistan.

To pass the time, some play football between the tents, while others call their relatives while sitting in the courtyard. All have stories of exhausting journeys on foot.

Zeidun, 22, from Fallujah in Iraq, walked non-stop for 10 days across Poland before taking a taxi across the border.

Many have stories of brutality by the Polish police. “They are dangerous. They hit, and they have dogs,” says a 21-year-old from Baghdad who gave his name as Mamontzer.

To cope with the influx, Berlin this week tightened its border controls with Poland.

On the route to Eisenhuettenstadt, a dozen police officers have been assigned the task of blocking the bridge linking the German city of Frankfurt (Oder) and the Polish town of Slubice.

Goods vehicles and taxis are being routinely stopped and searched. Refugees are seen on the grounds of the arrival centre of the initial reception facility of the eastern German state of Brandenburg in Eisenhuettenstadt. Photo: JENS SCHLUETER / AFP

The influx has also provided fuel for Germany’s anti-migration movement, especially since the far-right AfD achieved some of its best results in last month’s general election in the eastern regions of the country bordering Poland and the Czech Republic.

Police last weekend broke up around a rally of around 50 activists from the radical far-right group “The Third Way” (Der III. Weg), which had called for its members to gather to take action against migrants seeking to cross the border from Poland.

Other such initiatives were also reported in neighbouring Saxony. 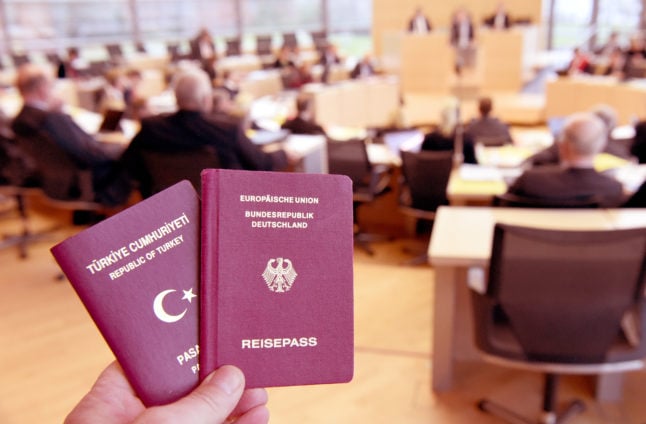 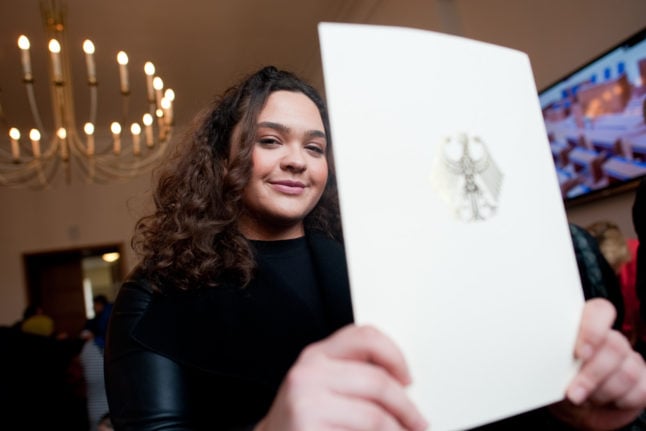