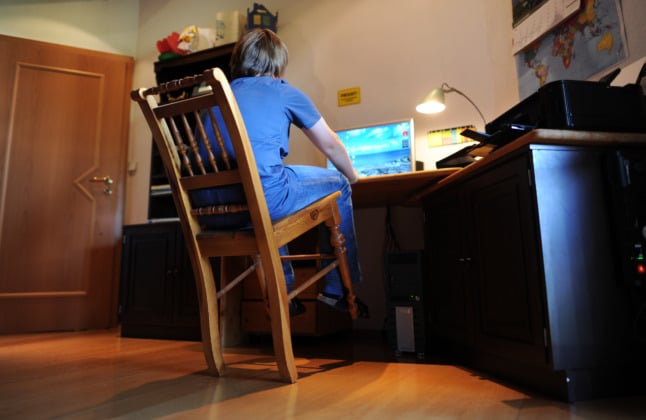 A young Zappelphilipp swings on his chair while on his computer. Photo: picture alliance / dpa | Julian Stratenschulte

A Zappelphilipp is a noun used to describe a fidgeter, someone restless who just can’t sit still, and is used particularly with reference to children.

The noun derives from the verb zappeln meaning ‘to fidget’, and the name Philipp. Confused about why Philipp of all names was chosen as the latter part of the word? This actually comes from a staple of 19th Century German literature.

Heinrich Hoffmann’s children’s book ‘Struwwelpeter’ (‘Shockheaded Peter’) of 1845 contains ten stories, each of which holds a moral lesson for children who misbehave. One such story is the ‘Die Geschichte vom Zappel-Philipp’ (‘The Story of Fidgety Philipp’).

In this tale, Philipp is a child who is constantly fidgeting at the dinner table. Eventually, he accidentally falls out of his chair, with the items on the table falling on top of him. This is his moral lesson, but it is probably one of the tamer punishments that appear in ‘Struwwelpeter’!

Here’s the story with English subtitles.

Also, although Philipp is typically given as a boy’s name, any child – regardless of gender – can be branded a Zappelphilipp. We’re sure any parents who’ve had young children at home during lockdown will agree