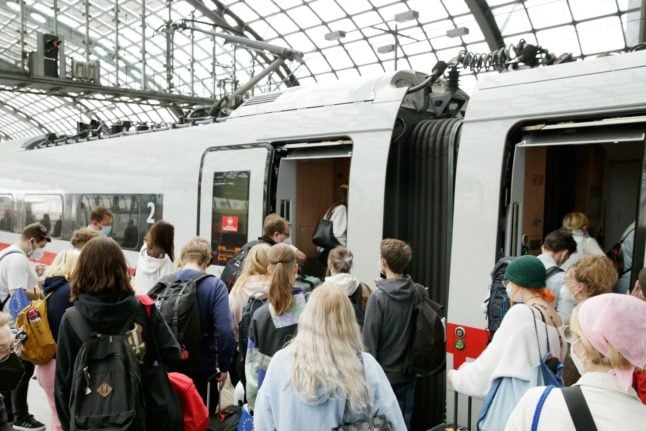 Rail operator Deutsche Bahn announced on Friday it was set to increase the cost of long-distance rail tickets by an average of 1.9 percent – the highest price hike since 2021.

The new prices will come into force on December 12th, and Deutsche Bahn said it was in response to inflation.

However, the Flexpreis (flexible price) and the prices for route season tickets will rise by an average of 2.9 percent.

The rail operator said that it was a moderate price adjustment and pointed out that the general inflation rate is currently 4.1 per cent.

“In a long-term comparison, rail travel remains cheap,” a Deutsche Bahn press statement said, adding that even after the rise, the cost of a long-distance trip will be about the same as in 2012.

Prices for long-distance travel dropped by 10 percent in 2020 after the federal government lowered value-added tax. The aim was to encourage more people to take the train instead of a car or plane.

Deutsche Bahn is struggling financially due in part to the Covid crisis. The price increase of 1.9 percent on average is the highest since 2012.

The goal still remains to double the number of long-distance trail passengers by 2030 compared to 2015. It is hoped that this will help Germany achieve its climate goals in transport.

To do this, billions of euros are being invested in trains, the rail network and additional staff to upgrade the network. Deutsche Bahn has not yet announced a price increase in regional transport for this year. However, the rail operator only raises prices for journeys outside of regional transport associations, which affects about every fifth customer journey.

It comes after a series of strikes by members of the train drivers’ union (GDL) across Germany this summer which saw the GDL putting pressure on the rail operator to increase workers’ wages.

In September, the union and Deutsche Bahn announced they had reached a deal on pay and conditions.