How many new voters are there in Germany, and what's the age of the average German voter? We take a look at the stats behind the federal elections - and how they could influence the outcome.

60.4 million: the number of eligible voters

The population of Germany is around 84 million, but only around two thirds of the population is eligble to vote. According to government stats, up to 60.4 million people could go to the polls on Sunday. That includes 31.2 million women and 29.2 million men.

A significant proportion of the non-voters – estimated to be around 10-11 million people – don’t have a German passport, while many of the rest are too young to vote.

According to government statistics, around a quarter of people living in Germany today are migrants or the children of migrants. Around half of these have German nationality, meaning they can also take part in this crucial election. 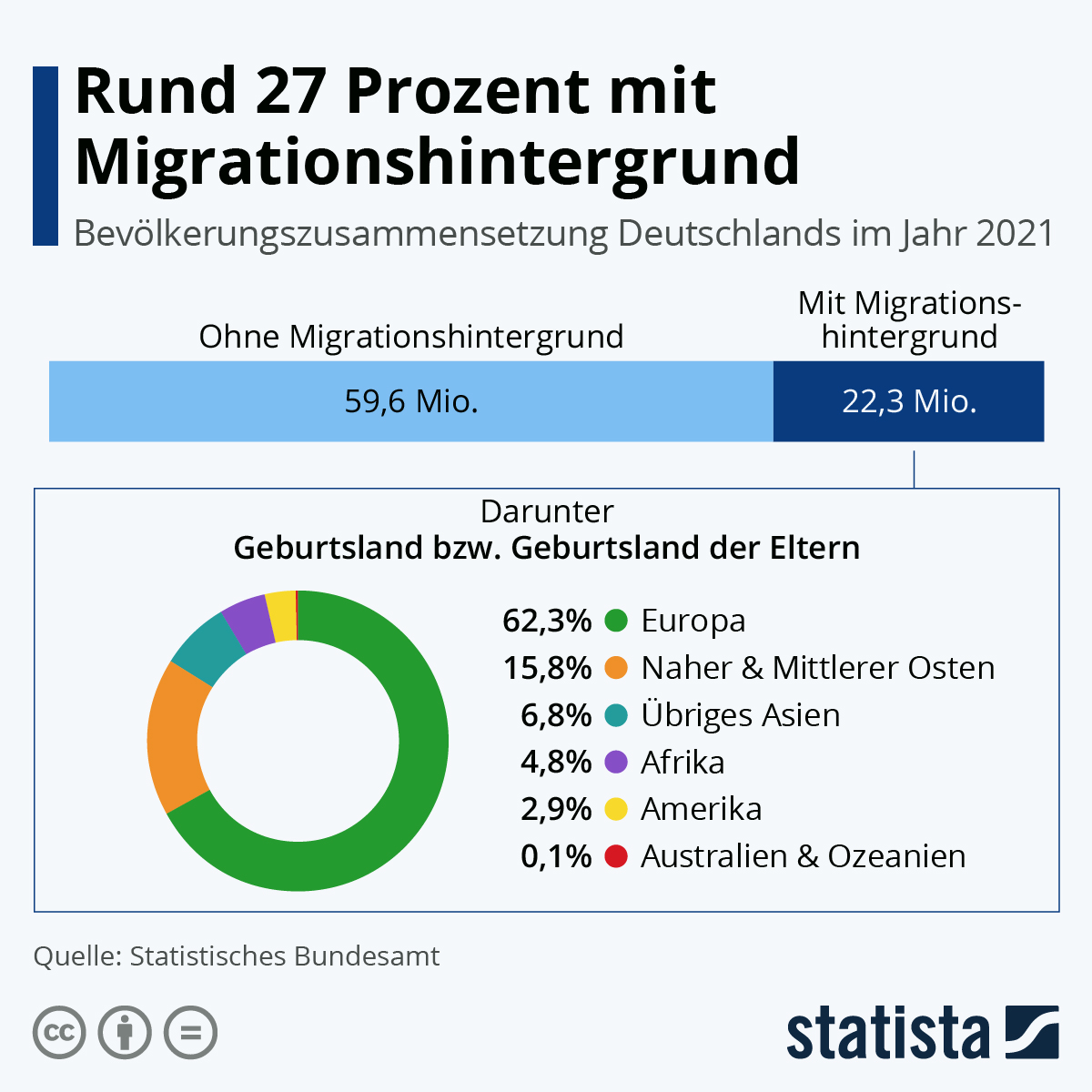 Since 2017, millions of Germans have reached voting age for the first time, and thousands of people – including many Brits, who were able to get dual citizenship until 2021 – have now become German.

This means that just over four percent of the voting population are newcomers in the German electoral system this year, and where they put their ‘X’ on Sunday could have a meaningful impact on who comes out on top.

Up to 40 percent: still on the fence

On the weekend of what has been described as the ‘vote of the century’, polling experts believe that more than a third of voters either still know who they’re voting for – or may still change their mind. With barely a nose-hair between the SPD and CDU/CSU in the latest polls, those last-minute decisions could change the course of German history.

9.5 million: the number of voting-age internationals with no right to vote

Almost an eighth of the German population has no say in this election, even though they’re old enough to vote. That includes first-generation migrants and expats, as well as millions of Turkish Gastarbeiter (guest workers) who came here decades ago and never got German citizenship.

As Statistica puts it, in this year’s elections, “the old are deciding on the futures of the young”. While people under 30 make up less than 15 percent of Germany’s voter population, those over the age of 50 make up significant more than half of voters.

Since the Greens are the party of the choice for the younger generation, it seems that the demographics of German voters has primarily benefited the SPD and CDU/CSU. The “Scholz” effect seems to have had the biggest impact on older voters, who widely consider him the best option for Chancellor. 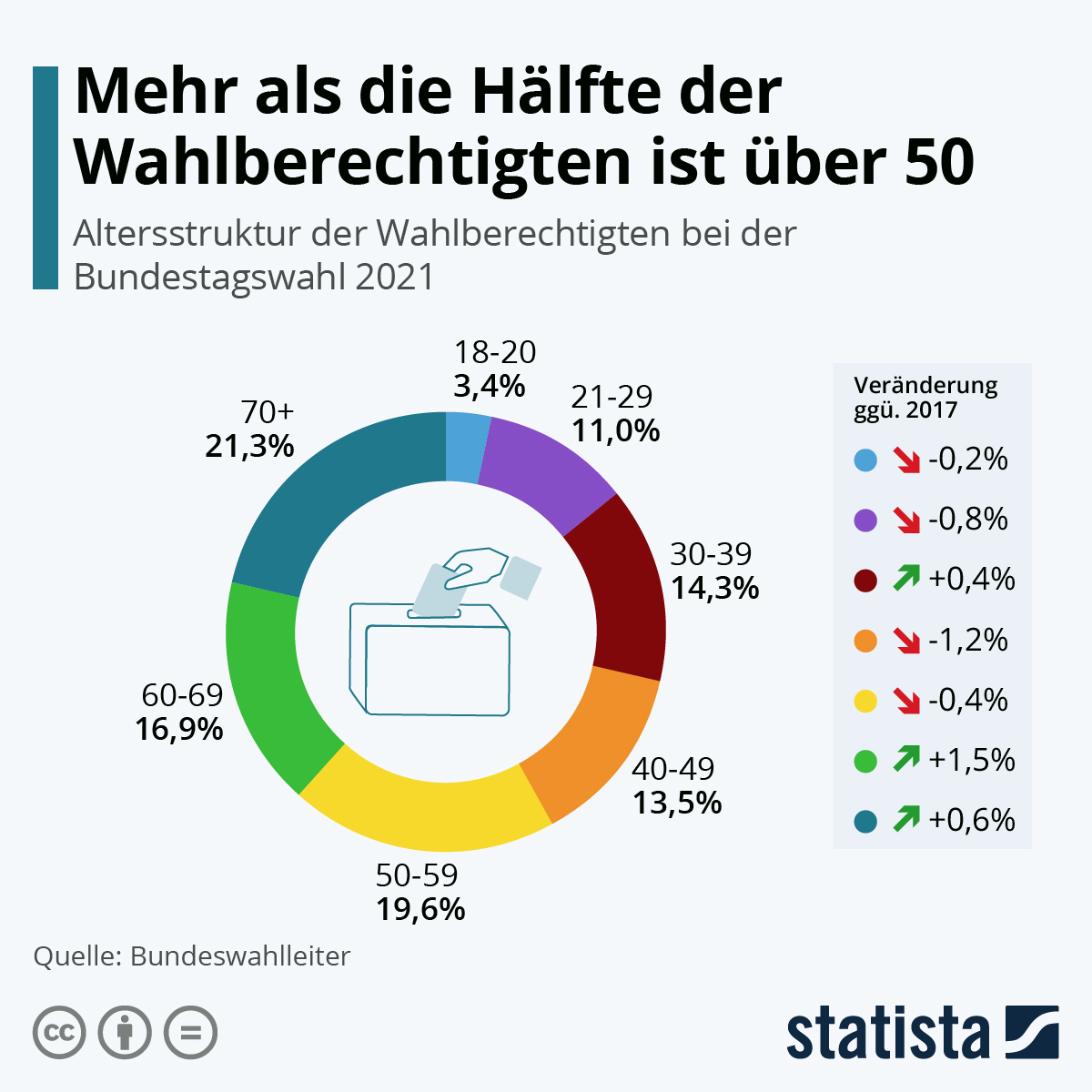 76.2 percent: the voter turnout in the 2017 federal election

Compared to countries like the United States and United Kingdom, voter turnout for big elections is generally high in Germany. For several decades – right up until the ’80s – more than 85 percent of the voting population tended to have their say in federal elections. Last time around, more than three quarters of eligible voters took part. Now Merkel is leaving office and change is on the horizon, could this year’s turnout be even higher?

50 percent: the proportion of postal votes?

Postal voting has become increasingly popular in Germany over the past decade or so, reaching an all-time high in 2017 when 28.6 percent of voters slipped their ballots in the letterbox ahead of polling day. 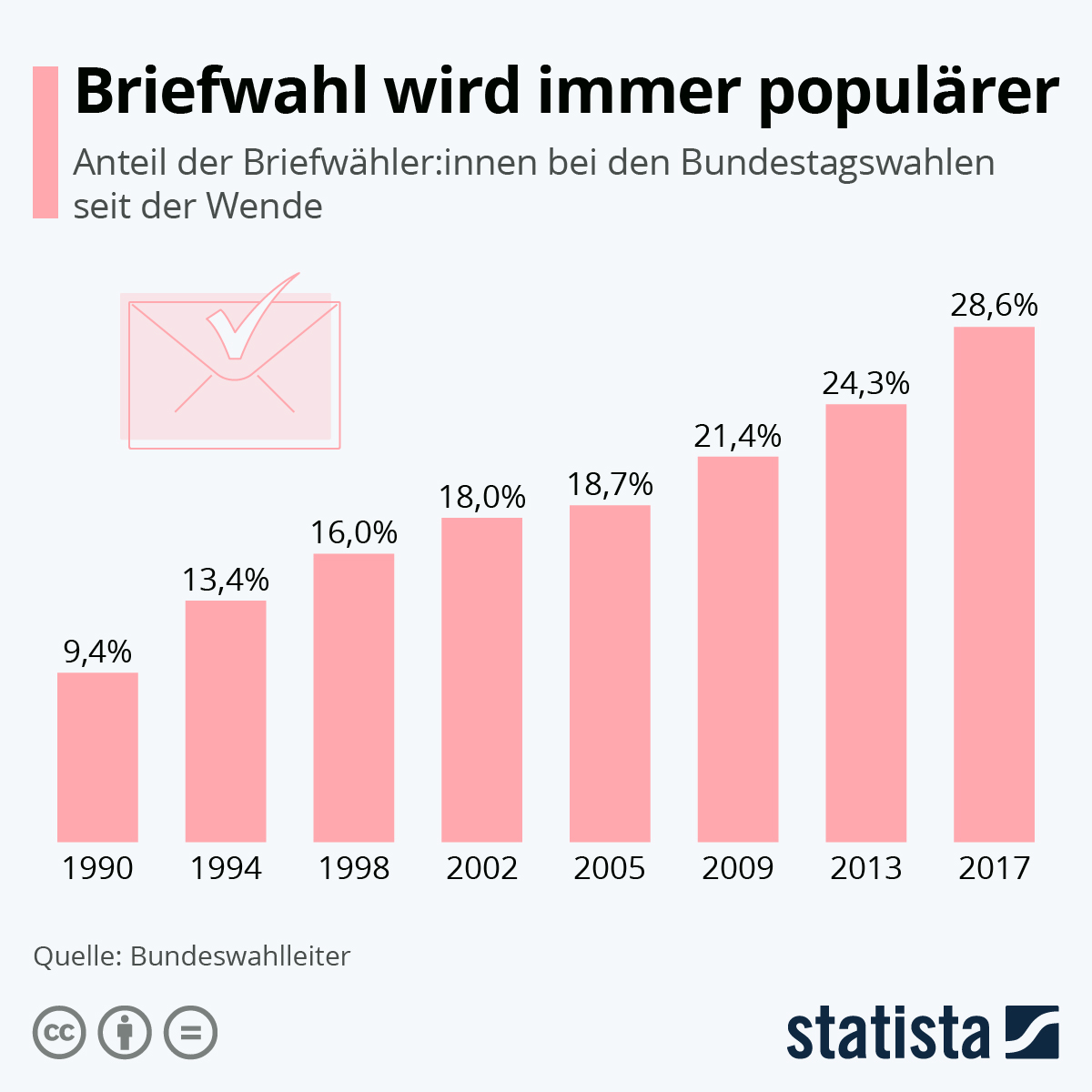 In polling stations around Germany, vote counters are reckoning with an extraordinarily high turnout of postal voters, in part due to the ongoing Covid crisis. In Frankfurt, for instance, electoral helpers think around half of the voter population could vote by post, smashing all previous records for postal voting. With so many ballots already in, much of the election may have already been decided. Unfortunately, we won’t know anything about that until the provisional result. Votes cast by absentee ballot are included in the preliminary final result announced by the Federal Election Commissioner – but not the 6pm exit polls. We’re on tenterhooks.