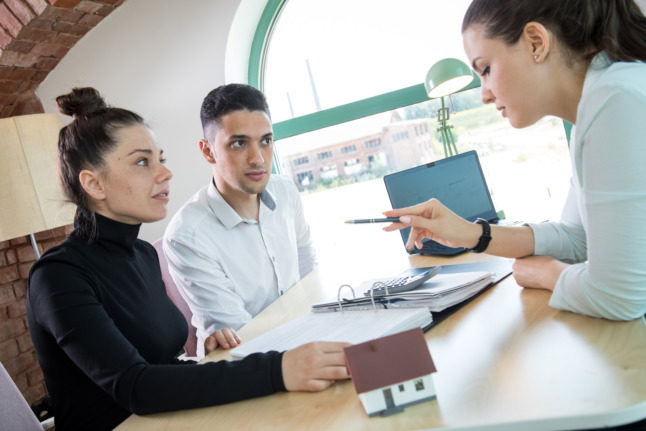 A landmark ECJ ruling has found that a number of credit contracts could have loopholes. Photo: picture alliance/dpa/dpa-tmn | Christin Klose

In the first weeks of September, the European Court of Justice (ECJ) made a clear ruling in favour of credit consumers in Germany. Having examined a number of contracts from VW Bank, the Skoda Bank and the BMW Bank, the court concluded that the majority of them contain crucial flaws that essentially put consumers at a disadvantage.

In its judgement, the ECJ said that what was written in the contracts should be understandable for the average consumer with no financial expertise.

For example, it should be clear to people how much more they will have to pay if they repay the loan early, what interest rates they can expect if they fall behind in their repayments, and what happens if they try and get out of the credit agreement before it’s up.

“It’s an unbelievable decision,” one expert told Tagesschau after the ruling, adding that it could be a “milestone” for consumer rights in the EU.

What does this mean for people with credit contracts?

Essentially, it appears to give people a new get-out clause for credit contracts that they’re unhappy with – even if they originally signed the contract several years ago. That could apply to people who have bought cars, household items or a holidays on credit – though different rules apply to mortgages.

Generally, people in Germany are given a ‘cooling off’ period of two weeks in order to change their minds and revoke the contract. But if the credit agreement has the kinds of defects the ECJ mentions, it essentially means that the two-week withdrawal period never starts. People who’ve bought a car on credit in Germany may be able to get out of their contract – even after several years. Photo: picture alliance/dpa/dpa-Zentralbild | Gerald Matzka

If that’s the case, someone who bought a washing machine or laptop on credit a few years back could still have the chance to go back to the bank, return the item and end their agreement.

This is particularly good news for people who are stuck in high-interest contracts at a time when interest rates have hit rock bottom, or whose life circumstances have changed and aren’t able to afford the contract they were on before.

For these people, escaping an awkward credit agreement could be a huge relief.

What happens if I cancel my contract?

If you’re unhappy with your credit contract and believe it to be invalid, you can return the items to the place where you got them, end the agreement and get back the instalments you’ve paid so far.

Obviously, the used item will be worth less than it was before – but the question of how this loss of value will be calculated, and whether consumers will have to pay for it at all, has not yet been clarified.

Speaking to Tagesschau, attorney Andreas Paul said he believed that, in the vast majority of cases, ending the credit agreement should be far more lucrative than selling the used item on.

But is it really that simple?

That’s the key question. While the ECJ ruling is undoubtedly great news for consumer rights, it’s unclear how much ordinary people in Germany will have to fight to get it applied.

“If banks take back used goods or offer a settlement, a solution can be found quickly,” attorney Simon Bender told Tagesschau.

However, things can get much more complicated if the credit company starts to argue about how much money the customer is entitled to get back, or if they point blank refuse to issue a refund. “If the consumer has to go to court, the case can drag on for up to a year,” Bender explained.

According to consumer rights experts, the prospects of success are made worse by the fact that Germany’s Federal Court of Justice has traditionally ruled against consumers in cases like this. Germany’s Federal Court of Justice has tended to come down in favour of the creditors rather than consumers in the past. Photo: picture alliance/dpa | Uli Deck

You should also bear in mind that the credit you’ve taken out should come from the same place at the goods you’ve bought – so it’s no good returning a laptop to Mediamarkt that you bought on a credit card from DKB. Generally, if a shop or car dealership has allowed you to pay for their goods in instalments at interest, that’s the kind of agreement the ECJ ruling affects.

In any case, the best policy is to get some advice from a local consumer rights body before attempting to get a contract revoked. They should be able to tell you what your options are, and how likely you are to have success.

And if you are prepared for a fight with your creditors, it may also be a good idea to have some legal costs insurance or reserves to hand, just in case.