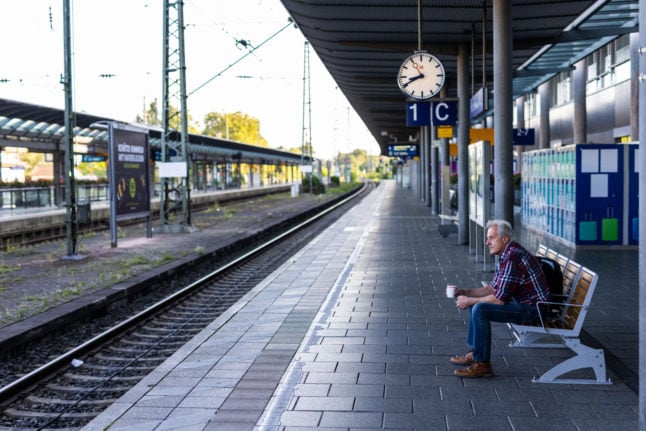 According to reports from DPA, Deutsche Bahn plans to make a “new and improved” offer to the GDL train drivers’ union ahead of this weekend in an attempt to see off renewed strike plans on Monday.

The GDL had previously said it was planning to start organising its next walk-out from September 13th – less than a week after its previous six-day strike action – if the rail operator did not come back with a “negotiable offer” by that date.

The contents of the planned offer have not yet been disclosed to the media, but a Deutsche Bahn spokeswoman said that the company was intensively examining where both sides could come closer together.

“In the interest of our customers, we must now urgently reach an agreement,” she told travel news site FVW.

So far in August and September, there have been three rail strikes organised by the GDL in an attempt to force Deutsche Bahn’s hand in a fierce battle over wages.

Having suffering record losses in the wake of the Covid pandemic, the rail operator wants to introduce a 3.2 pay increase for its staff in increments over three years – starting with a pay freeze in 2021. It has also promised that nobody will be laid off as a result of the company’s post-pandemic losses.

READ ALSO: EXPLAINED: How the German rail strikes could affect you

The GDL, meanwhile, is insistent that employees should be offered a wage increase of 3.2 percent over the next 28 months. In addition, the union is demanding a €600 ‘Covid bonus’ for continuing to work throughout the pandemic.

Ahead of the previous strike action, Deutsche Bahn said it was open to considering some kind of Covid bonus for employees.

But GDL chairman Claus Weselsky has accused the rail operator of being inflexible. Weselsky has previously rejected offers from Deutsche Bahn that are not extended to all employees, and has said that all of the GDL’s demands must be met for the intermittent strikes to come to an end.

Majority of Germans disagree with the strikes

According to a YouGov survey on behalf of DPA, 53 percent of Germans had no sympathy with GDL’s most recent strike. In contrast, just over a third (36 percent) said they understood the union’s motives.

The strikes during the holiday season affected not only commuters but also holidaymakers. Moreover, the third strike in passenger transport also extended over the weekend.

According to the survey, around one in seven people in Germany were affected by the stoppages, which wreaked havoc on rail transport in all major cities and regions across the country.

READ ALSO: How to navigate the Deutsche Bahn train strikes in your region of Germany

Will the strikes be called off?

This all depends on the substance of the offer that Deutsche Bahn plans to make.

The GDL has assumed an unbending stance over the months-long dispute, and at this point it seems unlikely that anything other than an almost complete acceptance of their demands will get the union to call off the strikes.

In a press statement issued on Thursday, Weselsky said that the question of whether the union should strike “has never been questioned by our members who are ready to fight”, adding that their right to strike had also been affirmed by the courts.

“The alternatives are therefore on the table and DB has the choice of where to go,” he said. However, it should not wait too long to make its decision. We have been clear about the time frame.”

“From our point of view, it seems realistic to introduce the Deutschlandticket on April 1st, because some implementation issues are still unresolved”, Burkert told the Redaktionsnetzwerk Deutschland on Monday. The Association of German Transport Companies, on the other hand, considers the beginning of May to be a realistic start date.

The federal and state transport ministers have set their sights on an April deadline, but this depends on whether funding issues and technical ones can be sorted out by then. In short, the only thing that seems clear regarding the start date is that it will be launched at some point in 2023.