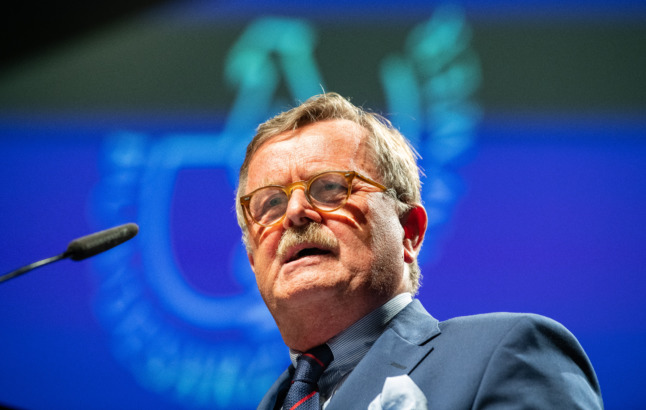 Speaking to the Funke Media Group on Thursday, health expert Frank Ulrich Montgomery said it would not be enough to try and increase jab rates with mobile vaccination teams.

“To break the fourth wave before it becomes dramatic, we should now introduce a ‘2G’ rule nationwide wherever possible,” Montgomery told the Funke Media Group on Thursday.

The so-called 2G rule specifies that only vaccinated (geimpft) and recently recovered (genesen) people are able to access certain events, businesses and services. It is effectively a means of shutting out unvaccinated people from certain parts of public life to limit the social contact of people without Covid immunity.

In areas where it would be impossible to exclude the unvaccinated with a 2G rule, such as public transport, a ‘3G’ rule would then have to apply, Montgomery said.

“Unvaccinated people would then have to show an up-to-date PCR test. A simple rapid test should no longer be sufficient,” he added.

According to government data released on Thursday, 61.7 percent of the German population were fully vaccinated, while 66.2 percent had been given at least one dose.

But experts say the country should be aiming for at least an 85 percent vaccination target for people aged 18-59, and a 90 percent threshold for people over-60 to combat the highly infectious Delta variant.

To make matters worse, daily vaccinations have been dropping since the middle of June.

In his interview with the Funke Media Group, Montgomery said a nationwide 2G rule would be the incentive people needed to get vaccinated.

Since August 23rd, a ‘3G’ rule has applied nationwide to certain indoor areas such as gyms and restaurants, as well as public events.

In yet another attempt to increase vaccination rates, the German government is also planning to scrap its free rapid tests from October 11th. Though the price of these tests hasn’t yet been determined, it could mean that people who haven’t been jabbed will have to shell out around €20 – or more – to visit an indoor seating area at a restaurant , an event or go to the cinema this autumn.

This is intended to make life difficult for the unvaccinated – but the government has so far stopped short of introducing the highly controversial 2G rule.

When Hamburg went down the route of introducing optional 2G for restaurants and bars at the end of August, critics accused the government of introducing forced vaccination via the backdoor.

However, influential politicians like Health Minister Jens Spahn (CDU) believe that the move should be up for discussion – and it has not been ruled out as an emergency measure in autumn.

In the view of the German government and the Robert Koch Institute (RKI), without significantly more vaccinations, there is a risk of a severe course of the fourth Covid wave over the coming months.

In light of stagnating vaccination rates, the government is planning to launch a nationwide campaign next Monday to convince some of the fence-sitters.

Together with the states,  the Health Ministry wants easy-to-access offers to be made in as many places as possible – for example, in sports clubs, at the volunteer fire brigade, in pharmacies or multi-generation houses – with the motto: Hier wird geimpft or ‘vaccinate here’. Vaccination offers will be placed online at www.hierwirdgeimpft.de.

However, the government’s approach to vaccinating the populace is not without its critics. Anton Hofreiter, head of the Greens Party Bundestag fraction, has accused the government of not going far enough to convince people to get their jabs. Photo: picture alliance/dpa | Felix Schröder

Speaking to the regional Heilbronner Stimme on Thursday, the leader of the Green Party in the Bundestag, Anton Hofreiter, accused the federal government of failing to reach people with its inoculation campaign.

“We have to be even more active in approaching people, we need creativity and better information offers to promote vaccinations,” Hofreiter said. “You can’t stop fighting the pandemic just because you’re in election campaign mode.”

“We could largely have our normal lives back thanks to vaccines. But now a fourth wave is looming because the federal government has driven the vaccination campaign up the wall,” he added.