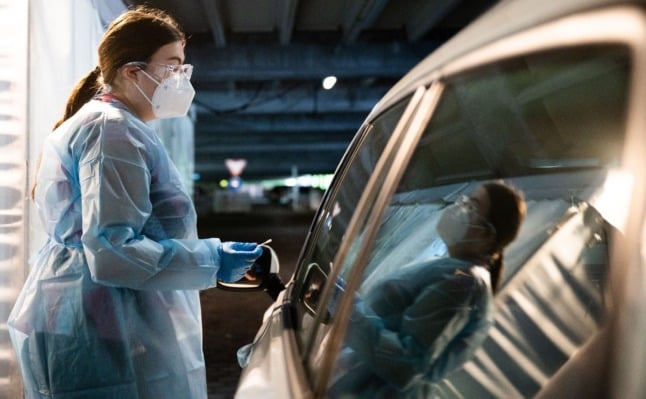 As we learned in August, the German government is planning to severely restrict access to free Covid rapid tests from October 11th onwards. The move is aimed at encouraging more people to get vaccinated.

A new draft bill sheds more light on the plans.

Who will still get free tests?

According to the draft document by the Health Ministry, which was viewed by Germany’ ws Business Insider, free rapid Covid tests will still be available to the following four groups:

What about children and teenagers?

The draft provides a transitional rule for children and adolescents between the ages of 12 and 17. For them, free Covid tests are set to expire at the end of November.

This is to give this age group enough time to get their vaccination, which has only recently been officially recommended by the German vaccine panel STIKO.

What does it mean for everyone else?

Anyone who doesn’t fit the groups above will have to pay for Covid tests from next month. So regardless of whether you’re vaccinated or not, you will not receive free rapid tests.

As Germany requires that people show proof of vaccination (geimpft), recovery from Covid (genesen) or a negative test (getestet) – known as the 3G rule – to enter many indoor spaces, it could get expensive for those who choose not to get vaccinated.

Vaccinated people who travel abroad and usually get a free rapid test will also no longer have that chance.

The Health Ministry says that taxpayer-funded tests cannot be justified now that everyone has been offered a Covid vaccination.

“Since a direct vaccination offer can now be made to all citizens, permanent assumption of the costs for all tests by the federal government, and thus the taxpayer, is no longer appropriate or necessary,” the Health Ministry says.

For every million rapid tests, the government says it will save up to €10 million, as well as another €3.5 million for material costs.

“The offer of free rapid tests for asymptomatic persons will therefore not be continued in this form,” said the Health Ministry.

People who have Covid symptoms will still be able to get a free test. Usually doctors offer a PCR test, which is covered by health insurance.

READ ALSO: Everything you need to know about Covid testing as a visitor to Germany

How expensive will tests be?

That’s not clear at the moment.

“No one can really say,” a Health Ministry spokeswoman told Focus Online. This will be decided “on the free market”.

Currently, the federal government reimburses providers €11.50 for rapid tests and €43.56 for PCR tests.

These could be indications for future prices, the spokeswoman said.

Before the introduction of free testing in March, pharmacies, doctors and testing stations charged between €20 and €50 for a rapid test.

Depending on where you get tested, however, there may be higher prices.

For example, a PCR swab at the test centre in Munich Airport costs €128 (including test results within two to four hours). A rapid test is available for €45.

At Frankfurt Airport, testing facilities charge €89 for a PCR test with a result within 12 hours. The rapid test costs €29.

Bavaria’s BR24 asked some regional test centres – which reported that they are very busy at the moment – what they plan to charge in future.

Daniel Fröhler of the private testing station in Taufkirchen said: “In order to continue to be able to work competitively and economically, the prices at our company for a rapid test will probably settle at around €19 and the PCR test will be available for €79, as it is now.”

Oliver Urban from the Medicare testing station in Regensburg, said: “We can only estimate the price at the moment. It will most likely be between €15 and €20 for the rapid test, and the PCR test will cost €119.80, since the laboratory costs alone are so high.”

Pressure on the unvaccinated increases

Even if the exact price for tests is still up in the air – one thing is clear: for people who do not want to be vaccinated, the pressure on their wallets will grow.

As the colder weather comes in and more activities move inside, unvaccinated people will have to fork out for a test to do things like eat inside a restaurant, visit a bar or go to the cinema.

The move by the government to charge for tests has split the country. A majority of Local readers told us they were in favour of the plans – but some had reservations.

READ ALSO: Motivation to get vaccinated or coercion? Mixed views on Germany’s plan to charge for Covid tests

People at the testing station in Taufkirchen also had differing views.

Markus Kleinhuber told BR24 he was against charging for tests: “Firstly, vaccinations are free of charge, why should I pay for a test if the vaccination is free – in other words, equal rights for all,” he said. “And secondly, I stand by the position: definitely testing for everyone, including vaccinated people.”

Manfred Fleischmann, on the other hand, sees things differently: “Those who don’t want to be vaccinated have to protect themselves in some other way and get tested,” he said.

Where will people be able to get tests?

It is unclear at the moment how many testing spots will remain open. Currently there’s a network of testing stations across the country, but some may shut their doors if the demand drops when paid-for tests are brought in.