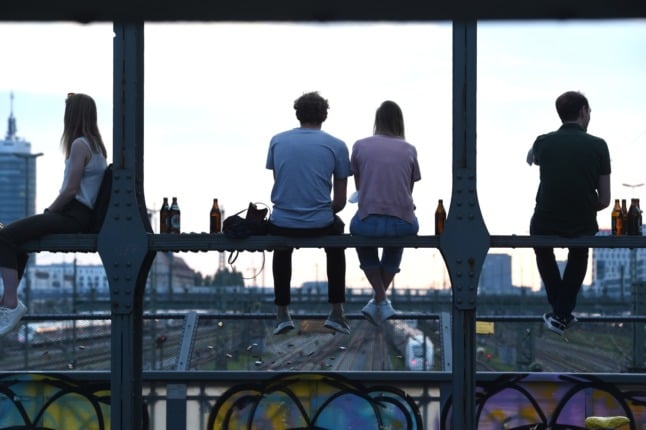 QS compared more than 100 study destinations with a population of at least 250,000, and at least two universities for for their 2022 list.

To decide on the most popular places for people to study, they looked at factors including university rankings, safety, desirability and affordability. More than 95,000 students were asked for their views.

London, which is home to several top universities including UCL and Imperial College London, topped the list again for 2022.

“The city has been a student favourite for years and has plenty of world-class academic institutions for students to choose from,” QS said.

Munich surpassed Berlin, climbing to second place and becoming one of the top destinations in the world for students.

“Munich’s impressive feat in this year’s ranking was no doubt helped by increase in the desirability, employer activity and affordability ranking indicators, probably due to the city’s lower prices compared to other European hubs, quality of life, ease of getting around, nightlife and Bavarian friendliness,” said QS.

The higher education network also highlighted that no tuition fees are charged for undergraduate students at public universities in the majority of Germany, regardless of the student’s nationality, making the country a popular choice for internationals.

Berlin, meanwhile, was praised for its diversity. Around 20 percent of students in Berlin come from outside Germany.

High quality of life in Munich – but housing situation difficult

Keerthi Gaddameedi, who came to Munich three years ago to do her Master’s in computer science, told broadcaster BR24 that the international reputation of these universities attracted her to the Bavarian capital.

But there is a catch. The housing market is a “disaster”, according to Yigit Burdurlu, who is also enrolled at the TU.

“I moved five or six times in one year,” Gaddameedi added. “After a year, I was done with it, went to the student union and said, ‘Give me a room or I’m moving back to India.'”

In the end, they both found accommodation in the Studentenstadt, a large development in the north of Munich where rent is affordable.

In the ranking, Munich scores highly in terms of quality of life.

And when it comes to leisure time, lakes and hiking routes that are easy to reach by car or train beckon. In 2018, Munich was named the world’s most liveable city by British magazine Monocle.

Neither of the students is sure yet whether they want to stay after graduation.

Burdurlu said: “I want to live in a city where I can afford a house and a garden. That’s difficult in Munich. But if I find something good, a good job, I would love to stay here.”

Elsewhere in the list, Seoul and Tokyo took joint third place with Melbourne coming in 6th, Zurich 7th, Sydney 8th and Boston and Montreal coming in at joint 9th. 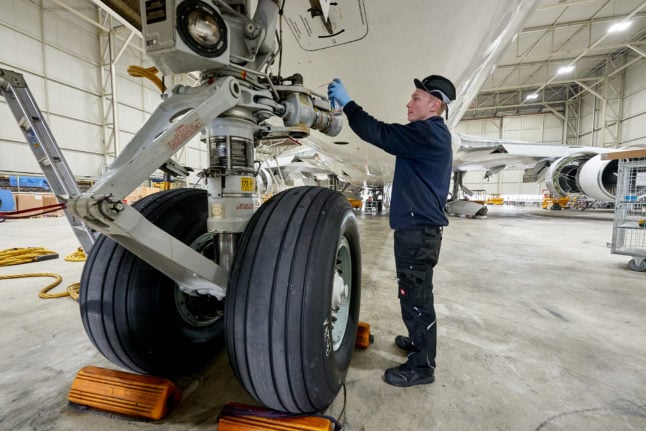 As The Local has been reporting, Germany is currently facing a huge gap in its labour force, with the Labour Ministry predicting a shortfall of 240,000 skilled workers by 2026.

This week, Federal Labour Minister Hubertus Heil presented the initial details of a new points-based immigration system, which is designed to make it easier for people to come to Germany to work.

The new Chancenkarte (“opportunity card”) presented by the SPD politician is broadly similar to the Canadian points system, and will offer foreign nationals the chance to come to Germany to look for work even without a job offer, as long as they fulfil at least three of the following criteria:

1) A university degree or professional qualification

Holders of this opportunity card would then have one year to look for a job and would have to finance themselves during that period.

According to the Labour Minister, the German government will set a yearly quota for the number of people who will be able to come to Germany with an opportunity card, based on the needs of the labour market.

“It is about qualified immigration, about a non-bureaucratic procedure,” Heil told WDR radio. “That is why it is important that those who have received the opportunity card can make a living when they are here.”

Speaking about the proposals, Professor Panu Poutvaara, Director of the ifo Center for International Institutional Comparisons and Migration Research told the Local: “I welcome the government proposal. Germany needs more workers at different skill levels. What is important is that this should complement the current opportunities to come to Germany also from outside the European Union with an existing job offer, not replace these. I assume that the proposal is meant only to extend the current options, but the precise proposal is not yet circulated.”

According to a survey by the Munich-based Ifo Institute, the vast majority of companies in Germany are currently struggling with the issue of a shortage of skilled workers. The survey showed that 87 percent are facing worker shortages and more than a third of respondents see it as a threat to competitiveness.

“The shortage of qualified employees, and meanwhile of employees in general, is the third threat to Germany as a business location, alongside shortages of raw materials and energy,” Rainer Kirchdörfer, CEO of the Family Business Foundation told die Welt.

The proposed measure is part of a package of reforms to immigration law which will be presented later in autumn.

The government also wants to make it easier for people to hold multiple nationalities and make naturalisation of foreigners easier. In future, naturalisation will be possible after five years instead of eight years currently, and as little as three years in cases where people are deemed to have integrated particularly well.

“We need more immigration,” Heil told Bild am Sonntag. “To this end, the traffic light will present a modern immigration law in autumn. We are introducing an opportunity card with a transparent points system so that people our country needs can come to us more easily.”

A spokesperson from the Interior Ministry recently told The Local that the changes are a “high priority” but they could take time.

They said: “The modernisation of citizenship law agreed in the coalition agreement of the governing parties is a high priority for the federal government. There are also plans to make dual and multiple citizenships generally possible.

“The careful preparation and implementation of this important reform project is underway, but will take some time because fundamental amendments to the Citizenship Act must be prepared for this purpose.”