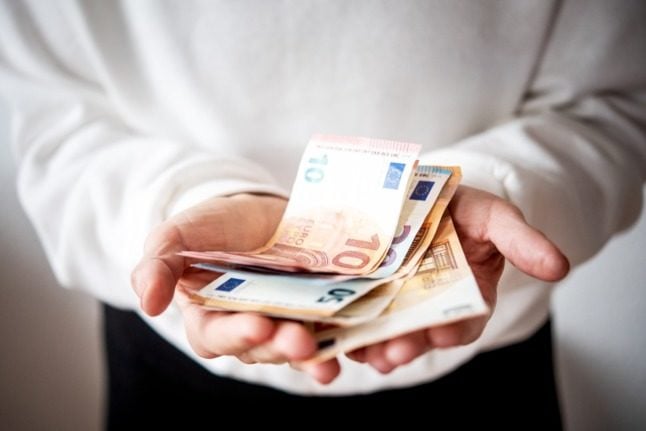 Which German bank is the most cost-effective for you? Photo: picture alliance/dpa/dpa-tmn | Zacharie Scheurer

Is free banking becoming something of the distant past? It appears so. Consumer research organisation Stiftung Warentest has found that German banks are cranking up fees to compensate for low interest rates.

Amid legal action to prevent banks from exploiting their customers, the consumer group found evidence of consistent fee increases across the board, and a dwindling number of cost-effective services.

Anyone who lives in Germany will be aware that many accounts and services with German banks have long been pricey, with charges linked to cash withdrawal from ATMs outside of your banking pool, use of credit cards, and current accounts.

READ ALSO: What to know about starting your personal banking in Germany

Germany still has a high cash-based economy, as the majority of payments are still done with physical money, meaning that aspects of the industry have taken longer to modernise.

Your banking pool – the set of banks from which you can withdraw cash for free – depends on the partner agreements that your bank has with others. The three major German banks – Deutsche Bank, Commerzbank and HypoVereinsbank – all allow free withdrawals from their ATMs for customers of any of the three, but this is a fairly recent change.

And as charges decline for this service, fees are being levied in other areas to ensure rising profits in an often unstable sector, consumer groups have found.

Looking into giro accounts (similar to checking accounts or current accounts) offered by German banks, Stiftung Warentest found that taking out an account for free and without unnecessary conditions attached is significantly more difficult than it was in previous years.

Heike Nicodemus, a finance expert for the DPA, commented on this trend, saying that “it is striking that fees are being raised or introduced, and free accounts are having conditions imposed on them for the first time – for instance, a required monthly receipt of money”.

Only 14 free accounts with no conditions

In a study of 380 models from 152 banks and savings banks, researchers located just 14 accounts which were both free and had no conditions attached, down from 20 accounts one year ago. According to the data, 10 of these cost-free models are at branched credit institutions, whilst the others are at direct or online banks.

By ‘free’ accounts, Stiftung Warentest means accounts with no base fee, no charges for bank statements, bookings, Girocards or withdrawing from ATMs in your own pool of banks, and no conditions requiring regular receipt of any specific sum of money.

Experts from the consumer organisation stated that, in their view, any account which costs less than €60 is probably cost-effective, given that this pays for banks to process bookings, provide Girocards and physical ATMs and secure technology for online banking. A total of 90 accounts on offer across the country offered accounts for this price level or under, but the number is shrinking every year.

There have been recent disputes about the unethical pricing methods of major German credit institutions. Fee information is often concealed from customers on their websites, and price increases are being hidden in less noticeable areas as ‘surcharges’, as evidenced by price hikes in paper bank transfers and credit cards in recent years.

These disputes have escalated into legal and legislative action. Recently, the Federal Court of Justice set strict limits on fee increases, meaning that banks now have to receive consent from their customers before changing their terms and conditions. A court ruled in April that the clause stating that financial institutions may assume tacit consent from customers if they have not objected to fee changes within two months “disadvantages customers significantly”.

Financial institutions have been upping fees for years now. Low interest rates across Europe are putting them under pressure to make up for shortfalls; on top of this, financial institutions have to pay 0.5 percent negative interest when parking money in the European Central Bank. Although there are exemptions for higher sums, the sector is still complaining of expenses along the lines of billions of Euros.

To add to this, as society becomes more digitalised, ever more bank branches are closing down. According to statistics by the German Central Bank, the number of physical branches this year dropped by 9.6 percent from the previous, taking the overall sum to 24,100. A massive 2,567 branches were closed within that period.

The good news is that getting a German bank account is a relatively streamlined service for residents (including foreigners), even if you do risk being affected by these increasing fees. If you have a residence in Germany, Austria or Switzerland you can open an account at almost all of Germany’s major banks.

However, the bank account rejection rate for non-residents is high, meaning that you might be better off opening a bank account in a different European country, as Germany’s membership of the Single European Payments Area (SEPA) means that euro transfers across countries are just as cheap and quick as within a single country.