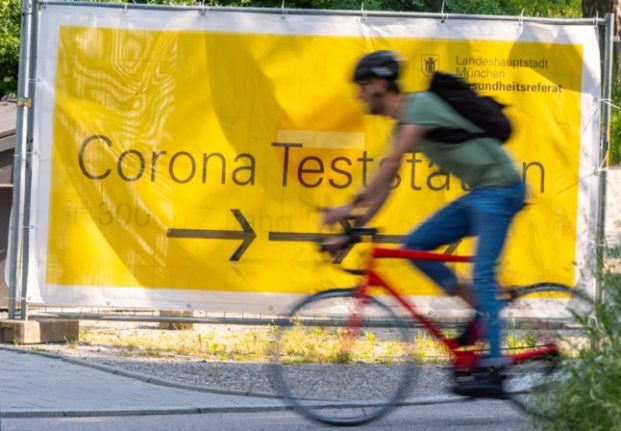 Germany is debating whether to end free testing for all after everyone has been offered the Covid vaccine.

This would have massive implications for people who choose not to get vaccinated – because everyone needs to show a negative rapid test, or proof of vaccination/recovery, to take part in some aspects of public life such as events or going to the gym.

It could also impact anyone – including vaccinated people – who use the free tests before travelling abroad or monitoring their infection status.

The issue has sparked a row ahead of talks on the country’s Covid strategy this autumn and winter.

Calls are growing to get rid of the free testing system, which costs a hefty amount for taxpayers.

“I expressly think it is right that unvaccinated people should have to pay for their own tests from autumn. By then, everyone will have had the opportunity to be vaccinated free of charge,” Lower Saxony’s state leader Stephan Weil (SPD) told the Tagesspiegel.

“In the long run, the public sector will not be able to finance the tests,” he told the Stuttgarter Zeitung. “This is also a question of fair burden sharing, because there is, after all, a free vaccination offer for everyone.”

A proposal from the German Ministry of Health sets mid-October as the date for an end to free testing. Tests would, however, continue to be free for groups who can’t get the vaccine due to medical reasons, or if there is no general vaccination recommendation, such as for children.

SPD candidate for chancellor Olaf Scholz said he believed the general public would not pay for these tests “in the long run”.

“I think in autumn they (tests) will become chargeable for all adults who don’t have a health reason not to be vaccinated,” he told the Süddeutsche Zeitung on Sunday.

But Scholz said he did not agree with proposals by the Health Ministry which could see unvaccinated people banned from some activities if the infection situation worsens.

He said: “It is important to me that those who do not want to be vaccinated continue to have the opportunity to participate in public life via tests.”

Green Party leader Robert Habeck spoke out against an end to free testing.

“This is the wrong measure to motivate people to vaccinate,” Habeck told broadcaster ZDF. He said the strategy should be about making it as easy as possible to get a vaccination.

He said: “Keeping the tests free of charge as long as possible, even into 2022, is money well spent.”

Free testing should also apply to those who have recovered and those who have been vaccinated, he told DPA. Although groups with some immunity are largely protected from a severe course of Covid-19, they can carry and spread the virus, he said.

More than 54 percent of the German population is fully vaccinated against Covid, while 62.4 percent has had at least one vaccine dose.

Merkel will meet with state leaders on Tuesday to discuss how Germany will manage the Covid situation after summer, and how to encourage as many people as possible to get vaccinated. Free testing will be one of the hot topics on the table.

In the long run – auf Dauer/langfristig