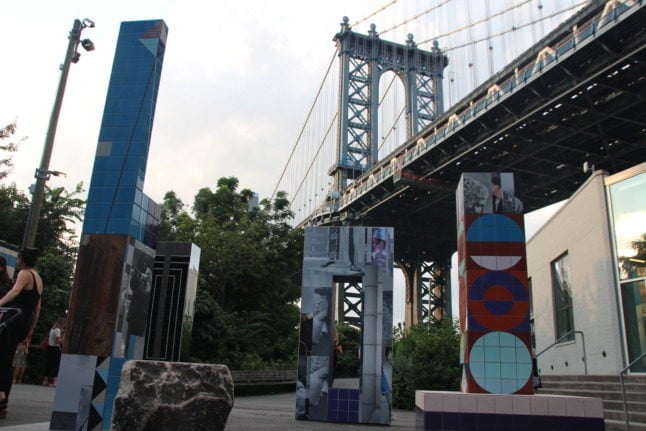 Can people in Germany travel to the United States at the moment?

It’s hard right now – but that could soon change. According to a report by Reuters, President Joe Biden plans to require proof of full vaccination from all foreign travellers entering the country during the Covid pandemic.

The plans are apparently being drafted with a view to reopening America’s borders to European countries and others around the world that have been shut out for more than a year by successive travel bans.

The ban on travel from Europe to the United States was originally brought in by Donald Trump in March 2020 and extended when Biden entered the Oval Office in January 2021. It was a key discussion point on Angela Merkel’s state visit to Washington D.C. in July.

On July 26th, Biden’s administration said the travel restrictions would be extended due to the spread of the Delta variant of Covid.

At present, non-US citizens and residents from Europe are generally unable to travel to the United States, unless they spend 14 days beforehand in a country that is not on the Centers for Disease Control and Prevention’s ‘prohibited’ list, such as Mexico or Canada.

The Biden administration says it will maintain the existing travel restrictions due to the spread of the more transmissible Delta variant.

When will the rules change?

At the moment, we haven’t heard anything directly from the White House on this – though Reuters say they’ve spoken with a “White House official” about the plans. That means there’s no fixed date for reopening, and a lot could change as civil servants thrash out the details in the coming days or weeks.

According to reports, a number of working groups are currently busy developing plans for a transition to the new system.

That includes “a phased approach that over time will mean, with limited exceptions, that foreign nationals traveling to the United States (from all countries) need to be fully vaccinated,” the official told Reuters.

Would I still need to take a test?

Since the plans are still being fleshed out right now, a number of other things are still unclear, like what vaccines would be accepted, whether vaccination would allow travellers to avoid quarantine, and whether a negative test would be necessary. At the moment, fully vaccinated travellers who fly into the United States are required to take a Covid test three days before travel.

Taking another Covid test 3-5 days after arrival is also recommended by the Centers for Disease Control and Prevention.

It’s also worth checking the rules of the state you’re visiting to see if there are additional rules you may need to follow.

What about travelling back to Germany?

This part should be a lot easier. The United States isn’t currently on the Robert Koch Institute’s list of ‘risk areas’, meaning that returning travellers don’t need to register their arrival on the Digital Entry Portal.

When you come back to Germany though, you will need to show a recent negative Covid test (no more than 48 hours old if antigen and no more 72 hours old if PCR), or proof of vaccination and recovery.

As the US is on Germany’s ‘safe list’ it’s also open to both vaccinated and non-vaccinated travellers.

But keep in mind that the US recommends that only vaccinated citizens and residents travel to Germany.

The Centres for Disease Control and Prevention (CDC) issues travel advisories for each country, with most countries in Europe ranked either level 4 (very high risk) 3 (high risk) or 2 (moderate).

Germany is ranked as level 2 currently. Some European countries such as Spain are level 4, and Americans are not advised not to travel there at all.