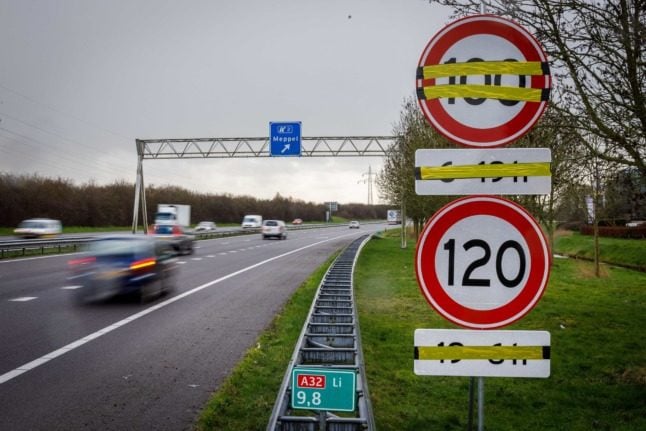 “The argument for a general speed limit is a political instrument of war, for some even a fetish,” the Christian Democratic Union (CDU) politician told DPA.

“When making a choice, citizens can decide whether they want freedom of mobility – or restrictions and bans. And the Greens are firmly in the latter camp.”

In the run-up to the September 26th election, the spectre of an Autobahn speed limit – which has been a long-standing debate in Germany – has once again reared its head, with the Green Party, the Social Democratic Party and the Left Party all speaking in favour of it.

The German Autobahn is the only stretch of motorway in Europe without a general speed limit, though maximum speeds of 130km (80 miles) per hour are recommended.

Proponents of a speed limit, such as environmental protection organisation Deutsche Umwelthilfe, argue that in order to achieve the climate targets for 2030, Germany must make substantial savings in CO2 emissions, especially in traffic.

According to them, the measure with the highest potential for savings is a speed limit of 120km per hour – equivalent to just under 75 miles per hour – on motorways such as the Autobahn, 80 km (around 50 miles) per hour outside the city and 30km (around 18 miles) per hour in town.

In addition, a speed limit would massively increase road safety and lead to fewer accidents, they claim.

“A speed limit doesn’t cost us consumers a cent – and it increases safety on our roads,” Deutsche Umwelthilfe say on their campaign website.

“More than 400 people die every year on German Autobahns alone, many of them from driving too fast. And with three deaths per 100 kilometres of motorway every year, we are above the values in our neighbouring countries.” But Scheuer was firm that a speed limit would have little impact on safety.

“The German Autobahns are the safest roads in the world,” he told DPA. “We tend to have problems with road safety on country roads, that is what our focus must be.”

READ ALSO: Do Germany’s autobahn speed limits save lives (and the planet) or are they overhyped?

‘We rely on innovation’

CDU leader and chancellor candidate Armin Laschet has also spoken out against an Autobahn speed-limit in recent weeks, suggesting that innovation rather than new laws would be the answer to the climate crisis.

“Why should an electric vehicle that doesn’t cause CO2 emissions not be allowed to drive faster than 130? That is illogical,” he told the German Editorial Network.

The pro-business Free Democratic Party (FDP) have also rejected the idea of the speed limit.

“We rely on innovation, rationality and freedom,” they say in their campaign manifesto. “A speed limit is neither progressive nor sustainable.”

In his interview with the DPA, Scheuer echoed this view, pointing to developments in intelligent and autonomous cars, which he said would bring the speed limit down anyway.

However, some proponents of the speed limit have pointed out that the proportion of fully electric cars in Germany remains minute in comparison with the number of less environmentally friendly cars on the road.

According to transport expert Giulio Mattioli, just 0.6 percent of cars on German roads are completely electric.