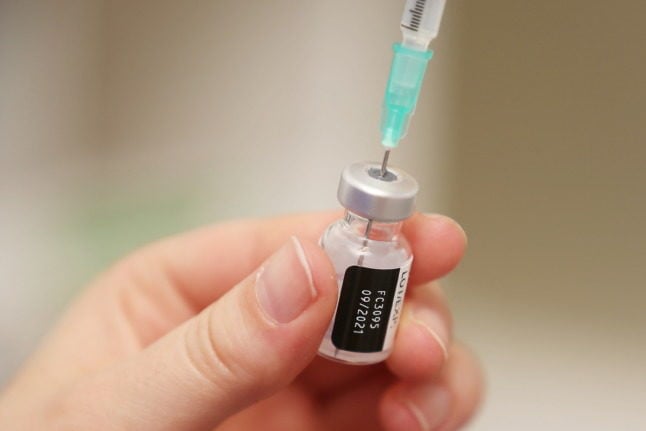 The huge vaccine order, which will cost the government an estimated €3.9 billion, is enough to provide every one of the country’s residents with at least two jabs in 2022.

In a report seen by business daily Handelsblatt, the Health Ministry said it was advisable “to secure further vaccine quantities in good time to protect against mutations and [offer] booster vaccinations”.

Though the 7-day incidence of new Covid infections per 100,000 people remains in single-digits (5.1) in Germany, experts continue to voice concern over the increasing dominance of the more transmissible Delta variant.

According to the most recent reports from the Robert Koch Institute (RKI), Delta is now estimated to account for at least one in two new Covid infections in the country.

This has lead to questions about the effectiveness of different vaccines against Delta and other new variants, and concerns that regular vaccinations – much like an annual flu jab – may be needed on a longer term basis.

The bulk vaccine order follows in the footsteps of the EU, which has already signed a contract for the delivery of 1.8 billion doses of Pfizer/BioNTech by 2023.

Of this amount, 84.4 million doses will be delivered to Germany – enough to provide the entire population of 84 million with around one dose per person.

He will also order 70 million additional doses of vaccines produced by manufacturers Sanofi, Novavax and Valneva, reported Handelsblatt. There are no plans to place an order of CureVac – the new German vaccine that has been plagued by medical-trial and efficacy issues in recent weeks.

The news of the Ministry’s forward-planning has received a positive reception in the medical community so far, with the head of the Central Institute of Statutory Health Insurance (ZI), Dominik Stillfried, praising the plans.

“This means that the time of the vaccine shortage is coming to an end,” he told Handelsblatt on Wednesday.

“Doctors practices should be able to count on reliable deliveries for orders for booster vaccinations in the future.”

Writing on Twitter, German immunologist Carsten Watzl pointed out that, the UK’s Joint Committee on Vaccination and Immunisation, which is equivalent to Germany’s Vaccines Commission (STIKO), had already released a recommendation that booster shots be given out to vulnerable people this autumn.

In the United States, meanwhile, immunology experts are mulling over whether booster shots of an mRNA vaccine such as BioNTech or Moderna are required for people who have had the Johnson&Johnson (J&J) vaccine in order to protect against severe courses of Covid.

While many experts believe that the other EU-approved vaccines are effective against Delta, questions have been raised about the level of protection offered by Johnson & Johnson, which only requires a single dose.

While there is insufficient evidence to say for sure whether J&J is less effective, a recent UK study revealed that people who have had a single dose of vaccine are barely protected against Delta, while those who have had two have a much stronger immune response against it.

“There’s no doubt that the people who receive the J&J vaccine are less protected against disease [than those who get two doses of other vaccines],” Stanford professor Dr. Michael Lin told Reuters. “From the principle of taking easy steps to prevent really bad outcomes, this (giving an extra dose of a vaccine) is really a no brainer.”

Next phase of vaccine roll-out commences in Germany

This July, the Health Ministry is planning to launch a new phase of its inoculation programme to target segments of the population who until now have been less likely to get a vaccination.

A new campaign is being planned to attempt speak directly to these people, the Ministry revealed.

According to the most recent figures, 54.5 percent of the German population has now had at least one vaccine dose, while 36.5 percent are now fully vaccinated.

This means that, for the first time, Germany has overtaken the United States on the proportion of the population who have received at least one dose.