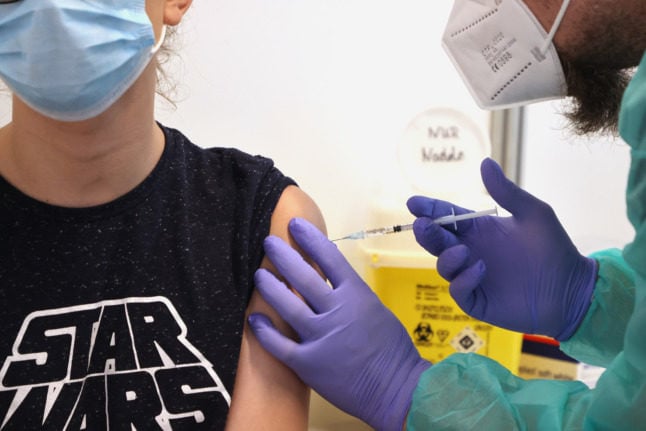 At present, the Bundesrepublik has partially vaccinated just over 54 percent of its population, while the United States lags slightly behind on 53.8 percent of the population.

The news will undoubtedly be welcomed by Health Minister Jens Spahn (CDU) and his colleagues in the Health Ministry, who have faced continuous criticism over the slightly chaotic roll-out of the inoculation campaign.

Though vaccinations have gained strong momentum over the past eight weeks or so, the start of the campaign was marred by insufficient vaccine supply and a highly centralised, bureaucratic system based around large vaccination centres in cities.

At the end of May, Spahn was again criticised for opting to the lift the national prioritisation scheme and open up vaccination appointments to all adults on June 7th.

With questions around the availability of doses and the capacity of doctor’s surgeries to meet demand, key medical figures described lifting the prioritisation as a false promise that would lead to “frustration”.

In contrast, countries like the United States, Israel and the United Kingdom have often been cited as models for successful vaccination campaigns – meaning that latest news that Germany has caught up with the United States will be a vindicating moment for Spahn.

However, it’s worth noting that the data on the vaccine roll-outs is usually presented as a “relative”, rather than an “absolute” figure.

That means it usually talks about what proportion of the population have been vaccinated, rather than the actual number of doses given out.

According to public radio service NPR, the United States has administered 325 million doses of vaccine so far, compared to Germany’s 73.8 million doses.

When you look at the number of people who have been fully vaccinated against Covid-19 in both countries, this also presents a slightly different picture.

So far, the United States has managed to fully inoculate almost half – 47 percent – of its population, while the proportion of the German population fully vaccinated is currently around 36 percent.

In Germany, there also continues to be a great deal of variation between the speed of the vaccine drives in different states.

At present, the state that has administered the largest proportion of its population is the northern city-state of Bremen, which has successfully put first-doses into the arms of 62.6 percent of its residents.

Meanwhile, the eastern state of Saxony continues to trail behind the other states, with just 48 percent of people there having received their first jab.

In an attempt to speed up its vaccination drive, Bavaria – who is also lagging behind on first doses – announced this week that they would be scrapping prioritisation in its vaccination clinics.

While national prioritisation has been scrapped on June 7th, some states had continued to favour people in priority groups in their state vaccination centres, while allowing other adults to book shots via their GP.