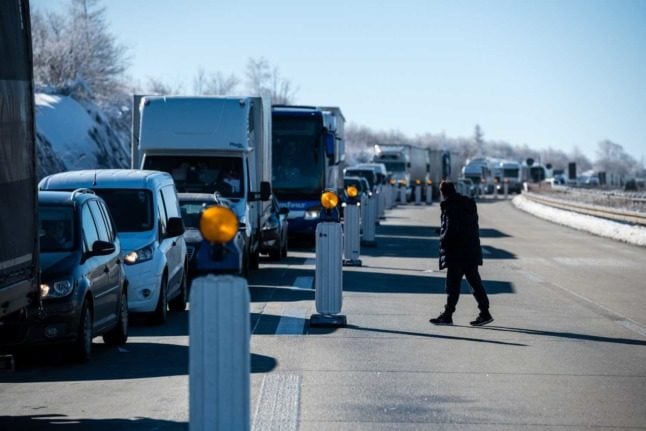 Germany’s Robert Koch Institute (RKI) announced today that the federal states of Tyrol and Vorarlberg are no longer considered a risk area.

It is the first time since November 1st 2020 that no areas of Austria have been on the RKI’s red list. Back in November all of Austria apart from the communities of Jungholz and Mittelberg / Kleinwalsertal were considered high risk.

However, since June 6th the institute has only advised against travel to Tyrol and Vorarlberg.

However, anyone entering Austria from Germany or vice versa must still prove they have tested negative for, been vaccinated against or recovered from Covid-19.

Tyrolean Governor Günther Platter told broadcaster ORF : “The fact that Germany has announced that it will remove Tyrol from the red list from Sunday is very good news – also for tourism in our country,”

Tyrol has had a 7-day incidence well below 50 for a few days, according to the governor.

“I am pleased that on Sunday, for the first time since September 25, 2020, Tyrol is no longer classified as a risk area, which also means significant relief for all Tyroleans – but especially for those in the Tyrolean-Bavarian border area”, said Platter.

Tyrol has been under particularly strict restrictions since the beginning of 2021 due to its classification as a “hotspot” for the so-called South African virus variant, now re-classified as the Beta variant.

The announcement from the Commission on Thursday was part of a package of measures designed to diffuse tension over the border between Ireland and Northern Ireland, but will apply throughout the EU.

The new rule will come into effect 20 days after the ruling is published in the EU’s official journal, which is expected to be in the next few days.

This means that British visitors taking their cars when going on holidays or family visits to France, Germany, Spain etc will no longer be required to obtain extra paperwork from their car insurance companies ahead of their journey.

Readers of a certain age will remember the ‘green cards’ – issued by the insurance company before a trip abroad. The internationally recognised card shows local law enforcement that the car is fully insured.

This requirement returned after the end of the Brexit transition period, although in practice not all insurance companies were issuing the cards and some told customers that they were not necessary.

The Association of British Insurers (ABI) described the decision as excellent news for drivers.

Its director general, Huw Evans, told British newspaper The Guardian that the Commission had taken a “pragmatic approach on the matter”.

“UK drivers will no longer need to apply for a green card through their insurer which will help reduce bureaucracy for drivers and road hauliers travelling between the UK and EU,” he said.

“It will be especially welcomed by motorists in Northern Ireland driving across the border.”

Bilateral deals on driving licences mean that most EU countries continue to allow British tourists and visitors to drive on UK licences (although British residents in some countries have to swap their licence for a local one) and an International Driver’s Permit is not necessary.

There are, however, still plenty of extra requirements in place for Brits coming into EU countries, from changes to passports rules for both humans and pets to a ban on ham sandwiches – check out the complete list of new rules HERE.