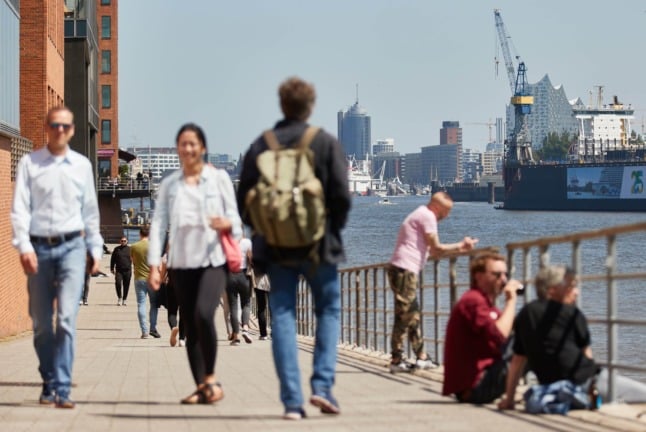 People go for a sunny walk in Hamburg in late May as the city began to open up after seven months of lockdown measures. Photo: picture alliance/dpa | Georg Wendt

In the most recent Global Liveability Index by the British Economist group, European cities have become noticeably less attractive due to the coronavirus pandemic.

Vienna, Hamburg and other major European cities such as Prague, Athens and Rome fared significantly worse in the Economist Intelligence Unit (EIU) ranking than in previous years. Other German cities also made big drops, such as Frankfurt (-29) and Düsseldorf (-28).

READ MORE: Why is Vienna no longer the ‘most liveable’ city in the world?

New Zealand, Japan and Australia, on the other hand, gathered significant ground.

Vienna was top of the EIU ranking from 2018 to 2020. Now the Austrian capital has dropped to 12th place. Germany’s northern city-state of Hamburg even slipped 34 places to 47th.

Only two European cities made it into the top 10 in the rankings – Zurich (7th) and Geneva (8th) in Switzerland.

What accounts for the big drop?

For the ranking, the EIU uses criteria such as stability, health care, culture, environment, education and infrastructure.

The EIU cites the “strain on hospital systems” and the resulting “stress on healthcare” as two of the main reasons for the weak performance of German and Austrian cities this year.

The pandemic has also had a particularly strong impact on the cultural sector and general quality of life in Europe, it wrote in the report.

Other reasons behind Hamburg and Vienna’s decline this year include restrictions on local sporting events, educational institutions and restaurants, bars and cafes.

While both Germany and Austria fared relatively well in the first wave of the pandemic, both struggled to keep case numbers down in the second and third waves.

Germany introduced a one month “lockdown light” in November, which was continually extended and sometimes made stricter until mid-May, when states began to reopen public life again.

Austria also introduced various on-and-off shutdown measures starting in October, including curfews from 8pm or even periods when no one was allowed to leave their homes for 24 hours. It also began to significantly open up again in late May.

READ ALSO: Has Austria picked the right strategy to fight the Covid-19 pandemic?

However, other factors unrelated to the pandemic also played a role in the Economist ranking. The authors of the report also looked at the quality of the road network and public transport, level of corruption and religious restrictions.

Yet Hamburg still scored high in other quality of life rankings for 2021. It was named the ‘Green City of the Year’ by the European Centre for Architecture Art Design and Urban Studies.

A full 45 percent of the harbourside city is devoted to parks and forests, said the centre, who also awarded it extra points for using sustainable construction materials and creating ‘green jobs’.

Every year from 2009 to 2019, Mercer’s Quality of Living survey named Vienna as the best place to live in the entire world.

It’s rationale was similar to that of the EIU: The city’s infrastructure, public transport network, clean water supply, healthcare and – last but not least – cultural and leisure activities helped it play a leading role in the worldwide ranking.

So where are the ‘most livable cities’ now?

The title of “most livable city in the world” this year went to the New Zealand port city of Auckland. The EIU explained its selection by citing its success in containing the pandemic as a key factor.

“New Zealand’s tough lockdown subsequently enabled rapid relaxations and allowed citizens of cities like Auckland and Wellington to live almost as they did before the pandemic,” the report read.

The biggest improvement in the ranking was achieved by the capital of the U.S. Pacific island and state of Hawaii: Honolulu got the spread of the coronavirus under control particularly quickly and therefore climbed 46 places in the ranking to 14th place.

The Syrian capital Damascus, on the other hand, remains the city where life is most difficult due to the ongoing civil war, according to the study. 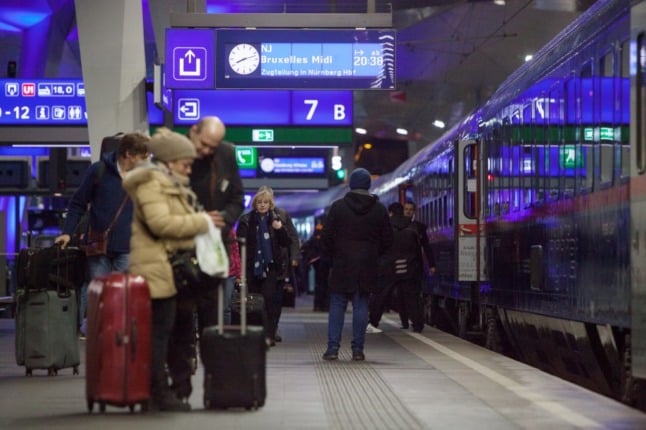 A new night-train connectionion from Vienna to Brussels started in January 2020 (Photo by ALEX HALADA / AFP). to Berli German Transport Minister Andreas Scheuer spoke about plans agreed by the three countries, called the Via Vindobona Treaty for a combination of upgraded routes and sections of new high speed line.

This could allow passengers to travel from Berlin to Vienna in around five hours with limited stops, while express services could even create journey times of four hours.

The fastest journey time between the two cities is currently around eight hours and 15 minutes. The Berlin to Prague journey time would be cut to two hours 30 minutes and Dresden to Prague to around one hour, according to Railway Gazette international.

The news comes following plans to revive night trains across Europe, including a sleeper service from Vienna to Paris by the end of 2021.

At the heart of the scheme is a 30km tunnel under the Erzgebirge on the German-Czech border, for which a joint declaration was signed in March 2020.

This is expected to be completed by the mid-2030s, as part of a 123km high-performance railway between Dresden and Prague, cutting the distance by around 56 km.

Czech Transport Minister Karel Havlíček said he was keen to introduce two-hourly services to the neighbouring capitals, increasing to an hourly service in the longer term.

The website Railtech reported in 2019 the Czech rail infrastructure manager SŽDC planned to construct high-speed railways in the country, allowing passenger trains to run at a speed of 320kph, more than twice as fast as is currently possible.

Austrian Climate Minister Leonore Gewessler promised a start would be made next year on a one billion euro upgrade of the 66 km Nordbahn between Wien and the Czech border at Bernhardsthal.