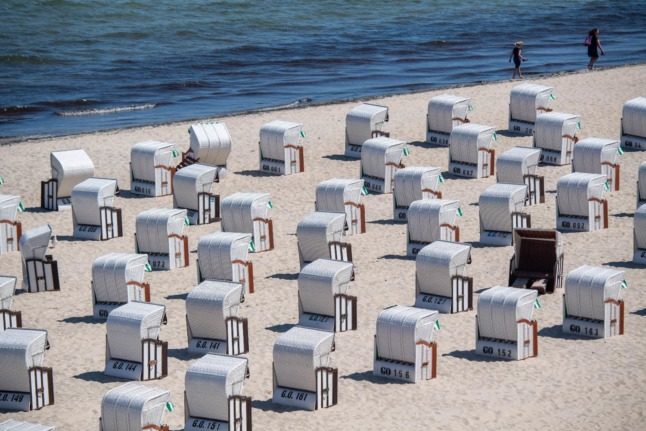 The last time a Germany-wide 7-day incidence below 30 was recorded was on October 13th, when it stood at 29.6.

However, the current low figures can also be attributed to a public holiday on Thursday (Corpus Christi), which was celebrated by six states around Germany. This means that there was likely less testing, and reporting of new data to local health authorities.

On Friday, the southwestern state of Baden-Württemberg reported the highest 7-day incidence (37), while the northeastern state of Mecklenburg-Western Pomerania had the lowest (11.1).

At the county level, the spectrum ranges from 115.5 in Hildburghausen in the eastern state of Thuringia to Rügen in Mecklenburg-Western Pomerania with an incidence of 1.3.

On Friday, the RKI also recorded a total of 3,165 new infections countrywide, down from 7,380 the week before.

The following graph from DPA on Friday shows where cases are highest and lowest around Germany. Amid the lower numbers, more states in Germany began to open up on Friday. As of Friday, out-of-state tourists are permitted to go on holiday again in Mecklenburg-Western Pomerania, a popular destination situated along the Baltic Sea.

Holidaymakers staying in a vacation apartment, and not visiting restaurants or museums, do not need to take another test. All others must be retested at least every 72 hours.

In Berlin, numerous restrictions will be significantly relaxed on Friday. Indoors, six people from three households are now allowed to meet; outside, the figure goes up to ten people from five households.

Children under the age of 14 are not counted. Shopping and outdoor dining are possible without a coronavirus test. Indoor dining will also open up, with a mandatory test.

Hamburg’s restaurants and pubs will also be allowed to serve guests indoors again from Friday. Visitors, however, will need a negative coronavirus test and may only sit at a table of five people. Staff must also be tested twice a week.

After 11pm, pub guests must leave or move to outside tables if they want to continue drinking. If the pub is located in the crowded Schanzenviertel or certain areas of St. Pauli, alcohol may not be served outside after 11pm on weekends either.

In Bavaria, the state’s cabinet will be discussing further relaxations in areas such as culture, sports and dining on Friday. Outdoor dining and tourism has already reopened in the southern state.

READ ALSO: State by state: What are the new rules for tourism around Germany?