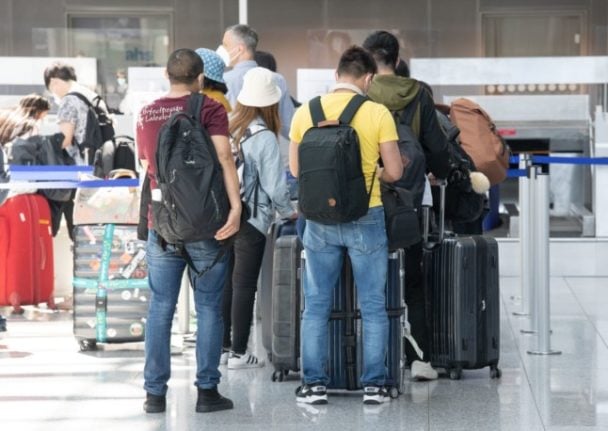 The newly-named Delta variant, which was first detected in India, is likely to spread to numerous European countries in the coming months, Lauterbach told the Funke Mediengruppe newspapers on Thursday.

“Due to travellers, the mutant will also spread extensively in Germany in the autumn at the latest.”

The extent is still unclear, but it must be assumed that a new wave of infections could come at the end of this summer, said Lauterbach, the SPD’s health spokesman who has become a high profile figure in the pandemic.

It could also be that a new virus mutation spreads in the autumn, “which we don’t know yet,” the SPD politician told the news network.

According to data from the Robert Koch Institute (RKI), the Delta variant (B.1.617.2), which was classified as a cause for concern a few weeks ago, continues to play a minor role in Germany.

Its share detected in tested Covid-19 samples from the week of May 17th-23rd was 2.1 percent, according to an RKI report released Wednesday evening. In the weeks before, the proportion had increased slightly but steadily, up to 2.4 percent.

According to the RKI data, the variant thus has the second-largest share in Germany, albeit with an enormous gap: the alpha variant (B.1.1.7), originally detected in the UK, comes in at around 93 percent of all detected coronavirus cases. This variant has spread rapidly internationally since the end of 2020.

Lauterbach said that, in addition to booster vaccinations, it could also become necessary to vaccinate the general population with a modified substance that would then be effective against a possible new mutation.

However for the time being, Lauterbach said that he expected low and stable infection figures, with the 7-day incidence hovering around 35.

After two days of slightly increasing infections, Germany’s 7-day incidence on Thursday dropped to 34.1 new infections per 100,000 people in the population.

The following graph from DPA shows cases the 7-day incidence around Germany as of Thursday morning. READ ALSO: ‘Summer will be good’: Has Germany broken the Covid third wave?

On Wednesday, German Health Minister Jens Spahn (CDU) also said that he was already preparing for a fourth wave in the event it should occur.

“I have already started the talks with experts and the Robert Koch Institute,” Spahn said Wednesday on German broadcaster ZDF’s Morgenmagazin.

Spahn’s vigilance also has to do with the fact that last year, after a summer with low 7-day incidences, the situation suddenly deteriorated in September and October.

Over the past couple of weeks, Germany has begun opening public life again, including both outdoor and indoor areas of restaurants and cafes, fitness studios, and museums.

Many states have already reopened tourism infrastructure, such as hotels, or have plans to do so in the coming weeks.

However, Spahn said that, due to Germany’s vaccine campaign – which has seen around 45 percent of the population receive at least one shot so far – and cautious reopening steps, that there is unlikely to be a sudden spike in infections this year.

READ ALSO: German cabinet approves decision to open up vaccines to all starting on Monday