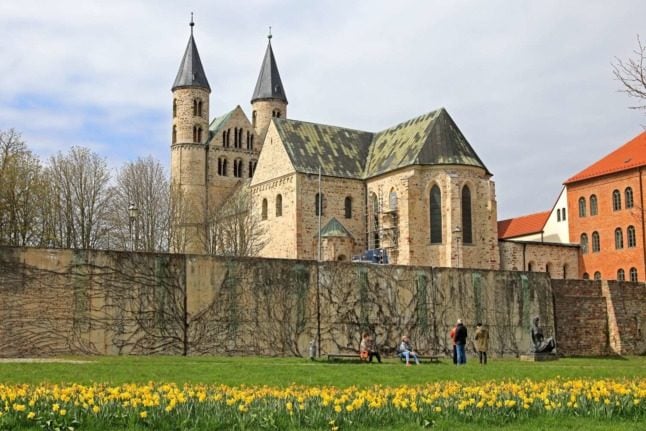 With Flixbus and other long distance bus services running again across the country, many towns and cities can be reached for a fraction of the price of train travel. Here are five of our top picks.

Magdeburg is the state capital and second-largest city in Saxony-Anhalt. It is about a two hour bus trip from Berlin, meaning you can definitely fit a visit to the twelve hundred year old city into one day.

Magdeburg sits on the river Elbe and is characterised by its gothic medieval architecture, as well as some modern additions that were built in the aftermath of world war two bombings. One of the most eye-catching of these is the Grüne Zitadelle (Green Citadel), which was one of the last architectural designs by the Austrian artist Friedensreich Hundertwasser.

About two and a half hours south of Berlin, you will find the historic city of Dresden. One of Europe’s greatest Baroque cities, let yourself be dazzled by the beautiful architecture and elegant riverside location of the eastern city.

Top attractions include the impressive Frauenkirche cathedral, which was painstakingly restored after it was destroyed in the second world war, the Zwinger Palace and the Semper opera house.

READ ALSO: Travel in Germany: Here’s why you should visit Dresden

Believe it or not, you can reach the Baltic Sea from Berlin in around two and a half hours by bus. The harbourside city of Rostock is the largest city in Mecklenburg-Western Pomerania and was once the most important port in East Germany.

This is the perfect city to explore the harbour by foot or boat, and if the weather is nice you can even spend a few hours lounging on the white sandy beaches. Just a short hop from the city centre, you will find yourself at Warnemünde Beach, the city’s very own seaside resort, which is known for being one of the safest and cleanest in the country.

Despite not being one of the most well known German cities, Leipzig has developed a reputation in recent years for being Berlin’s cool younger brother.

If you visit Leipzig for the day, make sure to take a walk through the Altstadt before taking in the impressive Paulinerkirche, as well as the lively Zentrum-Süd and Südvorstadt districts.

The bus journey to Hamburg will take slightly longer, around three hours each way, but a day-trip from the capital to Germany’s second largest city is definitely still doable.

Hamburg is one of Germany’s most vibrant and cosmopolitan cities, but it is also the country’s main port and sits right on the river Elbe. If you only have one day to try and see as much of the city as possible, take a stroll through the Speicherstadt, perhaps take a boat on the river, and end your day exploring the city’s St. Pauli area.