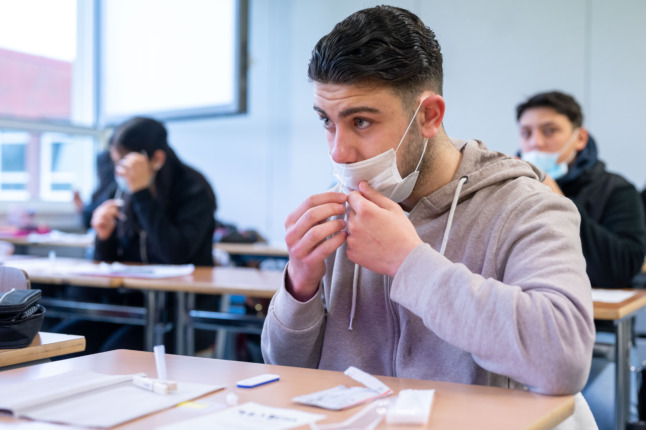 “In the end, it is about a well-balanced decision by children, parents, doctors,” Spahn said before the vaccination summit of the federal and state governments in Berlin on Thursday.

The European Medicines Agency (EMA) will deal with the question of the approval of the BioNTech/Pfizer vaccine for children over the age of 12 on Friday.

In April, Germany vaccine manufacturer BioNTech said it hopes for 12-15 year olds to receive its vaccine starting in June, pointing out that it’s safe for this age group.

US regulators earlier this month authorised the vaccine for children aged 12 to 15.

However, members of Germany’s vaccination committee, known as STIKO, which advise the government on which groups of the population should get vaccinated and when, has been hesitant so far on the issue of allowing young people to get the jab.

STIKO member Rüdger von Kries told broadcaster RBB that not enough is known about the potential side effects of vaccines against Covid-19 in children.

“If the risk is unclear, I cannot foresee at the moment that there will be a recommendation for widespread vaccinations,” he said.

But Spahn said regardless of the STIKO recommendation, those who want the jab will be able to get it after the EMA approval.

“The moment the vaccine is approved for the over 12-year-olds, it can be administered in doctors’ surgeries from the next day,” Spahn said.

Spahn said it was about allowing parents, children and the vaccinating doctors to “make an individual decision”.

He said the criteria will include thinking about: “What are pre-existing conditions, what is the personal situation, the family situation, what are the benefits, what are the risks of a Covid-19 infection, which of course also vary across age groups?”

However, Spahn was keen to insist that vaccines were not mandatory.

“We will definitely not have compulsory vaccinations, not even at schools or kindergartens,” he said.

READ ALSO: Vaccines for young people in Germany ‘possible’ by end of summer

Spahn said STIKO’s recommendations were important but not mandatory.

By way of example, he said, “I have also received flu vaccinations, although the recommendation was first for over-60s.”

German authorities hope that by vaccinating young people, schools will be able to return to the classroom full-time after the summer holidays after many months of major disruption.

The Health Ministry expects a total of more than six million vaccination doses from the manufacturer BioNTech/Pfizer for young people.

The age group from 12 to 18 – a total of 5.3 million people – should therefore be offered at least one initial dose by the end of August.

The federal government wants to make the required vaccination doses available to the federal states “step by step from the total delivery quantities for June, July and August,” according to the plan.

Coronavirus vaccinations for children is a central topic at the summit discussion between Chancellor Angela Merkel (CDU) and the state heads of government, which was due to begin on Thursday afternoon.

READ ALSO: What is Germany’s new digital vaccination passport and how do I get it?