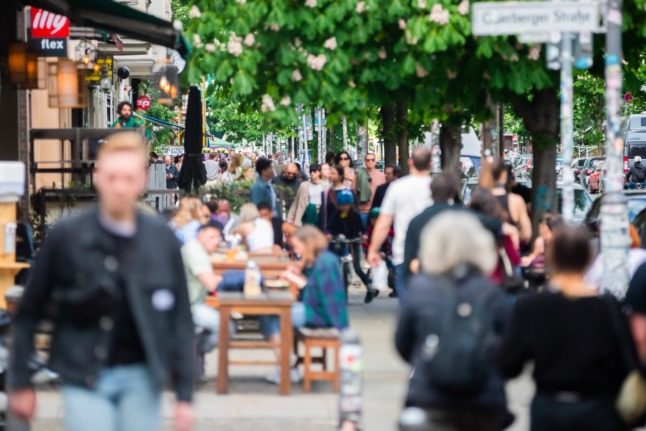 The number of coronavirus infections per 100,000 people within a period of seven days fell to 46.8 on Wednesday May 26th, data from the Robert Koch Institute (RKI) disease control agency shows.

On Tuesday the 7-day incidence nationwide in Germany was 58.4 and a week ago it was 72.8. The incidence rate has been steadily dropping across the country since around the end of April.

In mid-February, the 7-day incidence – which German politicians have been using as the main factor to decide on easing Covid restrictions – had come down to just over 50 at the end of the second wave.

But then came the third wave, pushing numbers significantly up again through the rest of February, March and part of April.

The last time the incidence rate was below the 50 threshold for the whole of Germany was back in autumn: An incidence of 48.6 Covid-19 cases per 100,000 residents was registered on October 20th 2020, reported German daily Welt on Wednesday.

IN PICTURES: How Germany is reopening after six months of Covid shutdown

Several districts and cities – including Berlin – are also logging incidence rates below 50 infections per 100,000 people.

When there is a stable Covid rate below 50, more reopening of public life and easing of rules can happen.

Areas across Germany have started reopening facilities like outdoor terraces in bars, cafes and restaurants, outdoor pools, museums and galleries, with restrictions like regular rapid testing.

What is the coronavirus situation in general?

On Wednesday, Germany reported 2,626 new coronavirus infections within 24 hours. For comparison: a week ago, 11,040 infections were logged.

However, we should be careful when looking at the current data because due to the holiday weekend – and some previous public holidays in the last weeks – the numbers could be slightly skewed as fewer people get tested and there can be delays in reporting results of the tests carried out.

According to the RKI, 270 deaths were recorded in Germany within 24 hours. A week ago, there were 284 deaths within a day.

The Our World in Data chart below gives an idea of confirmed Covid-19 cases (rolling 7-day average) in Germany, France and the UK.

Since the beginning of the pandemic, the RKI has logged a total of 3,656,177 proven infections with Sars-CoV-2. The actual total number, however, is probably much higher, as many infections are not detected.

What about the R number?

The nationwide seven-day reproductive number (R number) was 0.78 (previous day: 0.84), according to the RKI situation report from Tuesday evening. This means that 100 infected people on average go on to infect 78 other people.

The R-value represents the infection incidence eight to 16 days ago. If the R-value is below 1 for a longer period of time, the number of infections is decreasing; if it is continuously above 1, the number of cases is increasing.

What’s the status with the inoculation campaign?

In Germany more than 40 percent of the population has received at least one shot against Covid-19, while more than 14 percent of people have been fully vaccinated.

By next Sunday, 170 million people throughout Europe will have received at least one jab. That would be 46 percent of the adult population in the EU, said Commission President Ursula von der Leyen, according to EU sources.

According to the report, deliveries in the second quarter from April to June exceeded original expectations: 413 million vaccine doses from the manufacturers BioNtech/Pfizer, Moderna, AstraZeneca and Johnson & Johnson are expected to arrive in the EU.

According to the current forecast, there will be 529 million doses delivered in the third quarter from July to the end of September, and another 452 million in the fourth quarter.