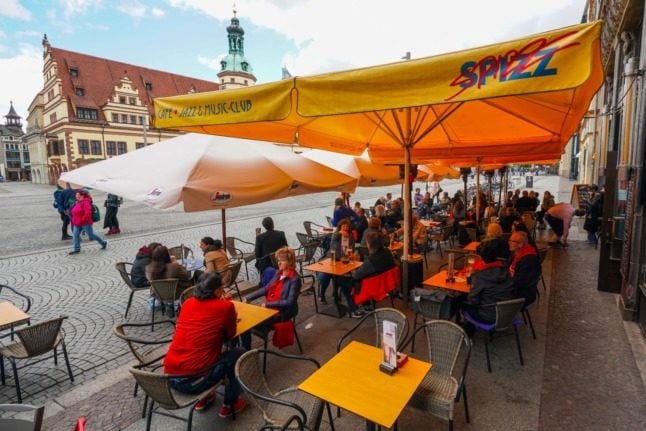 The number of Covid-19 infections per 100,000 people within a seven day period dropped to 46.8 nationwide in Germany on Wednesday May 26th – the first time it has fallen below the 50 mark since October 2020, data from the RKI public health institute shows.

READ ALSO: Germany’s Covid case rate falls below the threshold of 50 for first time since October

This sounds good. Is it?

Undoubtedly, getting this incidence number below 50 is fantastic news. Politicians have been using the incidence rate – among other things – to decide when Covid rules can be eased and more reopening of public life can happen.

If Germany can keep the number of new cases down, it also makes it more attractive to other countries when it comes to travel. For example, if the trend continues, it may be added to the UK’s ‘green list’ for travel, instead of its current ranking as an ‘amber’ country.

But there are some limitations and factors that we have to think about.

Do public holidays make a difference to numbers?

Yes, they often can have an impact. On public holidays, such as Whit Monday on May 24th, fewer people visit the doctor, which also means that fewer samples are taken and there are fewer laboratory tests. Therefore, fewer new coronavirus infections are reported.

The recent Ascension Day and the bridge day after it, for example, contributed to a drop in PCR tests of around 160,000 compared to the previous week – but that’s in addition to a suspected increase in the use of rapid tests taken for people to access reopened facilities.

So do the figures currently seem better than the actual situation – or does it balance out?

Experts told DPA there could be several different scenarios. Virologist Friedemann Weber from the University of Giessen said he expected there to be an artificially low incidence due to the Whitsun holiday weekend.

Bremen epidemiologist Hajo Zeeb, however, said there was a clear trend and not just a “reporting artifact”.

We can say that the general trend we’ve been seeing since the end of April is a decline in the number of new cases – so Germany is still in a good position.

Haven’t we been near the 50 mark recently?

Yes – it’s true that the 7-day incidence had briefly been in the range of just over 50 infections per 100,000 people in mid-February. But then came the third wave, which blasted us at full force, bringing the number of cases up again, and causing intensive care units to fill up.

So what’s different this time?

Well, this time more than 40 percent of the population has received at least one vaccine dose, and more than 14 percent have been fully vaccinated.

Plus facilities have been reopening carefully. For instance, most cities and districts that have reopened so far require that people show a negative Covid-19 rapid test before going to a restaurant, bar, museum or swimming pool.

According to scientists, there are several reasons for the recent drop in cases.

Mobility researcher Kai Nagel of TU Berlin said that according to his team’s model, the combination of greatly increased vaccination rates, warmer temperatures, rapid testing at school, work and leisure, immunisation through previous infections, continued reduced opening of schools, continued closure of universities and a restricted level of activities outside the home have all contributed to getting Germany’s Covid numbers down.

Nagel says that a rate of initial vaccination of 35 percent lowers the reproduction rate by about a quarter. Currently, this rate is already more than 40 percent in Germany. The RKI also considers another immediate effect of the vaccinations to be very likely.

In Britain, it was observed that many people with a vaccination appointment did everything to avoid infection and cut down contacts before their first and second jabs.

Do we think there will be a (gulp) fourth wave?

The pandemic experience so far shows that everyone must still remain cautious, experts stress. So although Covid infections are falling, we are not out of the woods yet.

Experts urge slow, gradual easing of curbs across Germany. Weber explained that concerns about a resurgence in numbers – a fourth wave – before autumn, are justified.

“An all-clear too early can lead to Corona no longer being taken seriously and the numbers rising again,” he said. However, he does not expect a wave in the sense of an exponential increase for the time being – “rather there could be a yoyo effect,” he said. Overall, Weber is optimistic that the numbers will continue to drop overall, though.

Zeeb believes that locally, even incidence rates below 20 infections per 100,000 people are possible.

Mikolajczyk, however, emphasised that all this depends on the behaviour of society and the decisions of politicians when reopening parts of society. He makes clear: “It’s not a decline so far that results from most people having had the infection or being vaccinated.”

The chart below by Our World in Data shows the daily new confirmed Covid cases per million people in a selection of countries (the rolling 7-day average is shown).

More people are coming together again as Covid measures are relaxed. This is bound to lead to more infections.

It also puts major pressure on staff in health offices who are trying to contact trace.

If restrictions are in place, there are fewer contacts to follow up. “But when everything is open, people have a lot of contacts, and we can hardly keep up, even with a low incidence,” said Ute Teichert of the Federal Association of Public Health Service Doctors.

Scientist Mikolajczyk added: “Until vaccination coverage reaches 80 percent (of the population) contact restriction continues to play a big role in controlling the epidemic.”

IN PICTURES: How Germany is reopening after six months of Covid shutdown

What about the Indian Covid variant?

Will the variant from India, which could be even more contagious than its predecessors, result in outbreaks in Germany in a similar way to what is already happening in the UK?

What lies ahead in the coming months is hard to predict. In any case, the variant is under special observation by the RKI.

Some scientists see it as having the potential to trigger a new wave. Figures from Germany indicate that the spread of the Indian variant is still quite low, but that could change quickly.

READ ALSO: How worried should Germany be about the Covid Indian variant?

Are there still pressures on the health system?

Several experts see an increasingly different connection between incidence and burden on the health system because of the vaccinations of risk groups, such as older people, and mass testing.

Epidemiologist Zeeb points out that an incidence of 50 today compared to last year refers to a smaller population. The infections are now concentrated primarily in the group of those who have not yet been vaccinated or who have recovered.

But Mikolajczyk said that a rapid rise in incidence could still lead to an overload of the health system – so everyone should stay alert.