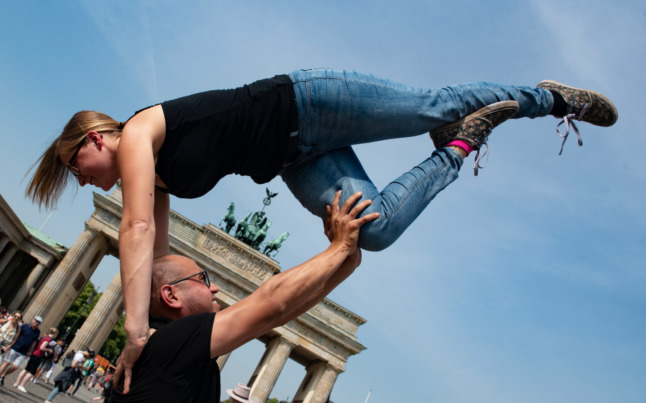 “Der Traumtänzer” is someone who has their head in the clouds. They’ve got big dreams – but they’re also completely out of touch with reality.

While it does have an entry in the Duden, one of the most widely-used German dictionaries, “Traumtänzer” is more of a colloquial word, used in everyday language and slang.

It developed as a teasing word for political dreamers – people who believe in Utopian futures where all social problems are solved.

It can also be used on individuals who use a “this time next year, we’ll be millionaires” logic. These are people who swear they’re destined for greatness – but don’t want to put in the work to get there.

Though it can be quite a negative word, it’s also very beautiful. It translates literally to “the dream dancer”, from the German “Traum” (dream) and “Tänzer” (dancer).

Occasionally, the word is used in a positive way, as in this example from an obituary in Die Zeit:

In these rare cases, the meaning of the word shifts slightly. It translates into a “dream-like or sleep-walk-like easiness or perfection”.

These two meanings seem contradictory. And this is partly what makes the word so interesting.

Because of the compound (putting together two different nouns), it’s possible to read it as both “a dream dancer” – a person who dances like a dream – and “a dream dancer” – someone who dances in their dreams. That’s why you’re also bound to see many dance studios or troops in Germany bearing the name.

“Traumtänzer” is a grammatically masculine noun (“der”) but was once used to refer to idealists of any gender. Nowadays the grammatically feminine version “die Traumtänzerin” is increasingly common when referring to women.

Some similar German words include “Himmelsstürmer” (heaven stormer), which is someone who has chosen a seemingly unreachable goal for themselves, “Schwarmgeist” (heart-throb ghost), a fantasist or idealist, and “Weltverbesserer” (world-improver), which has the same connotations as social justice warrior.

The idealistic students are ridiculed as fantasists.

Lionel Messi, an effortless master of the ball.

Why do I need to know auf dein Nacken?

This is the kind of phrase you’ll never find in a German textbook, but you might hear it in the wild so it’s good to learn it for informal situations.

The phrase auf dein Nacken! literally translates to on your neck and means something like ‘this is on you’ or ‘Your treat’ or ‘you pay’. You can also use it on yourself with mein/meinen Nacken which then means: ‘this is on me’, ‘my treat’ or ‘I got this’.

You can use this expression in the context of paying for something, for example when the bill comes in a restaurant or if it’s your round at the pub you might hear this from friends.

However, the phrase can also mean something like: ‘I’ll do it’ or ‘I’ll handle it’ so it doesn’t just have to apply to money situations. In this context, it’s more about when someone takes the lead on something. 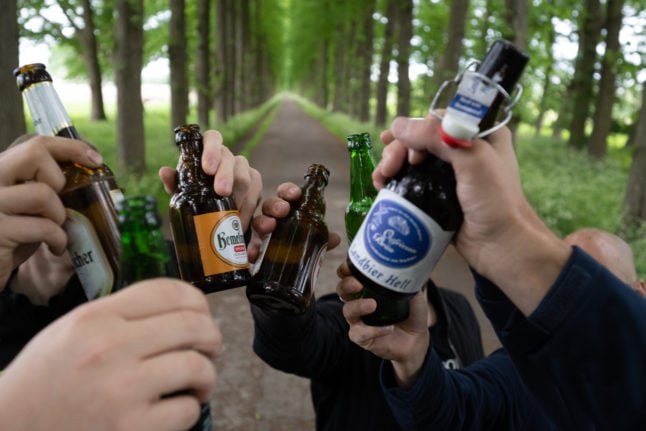 For the eagle-eyed among you, you’ll notice that the grammar of this phrase isn’t technically correct. It should be: auf deinEN Nacken.

The imperfect grammar represents the origins of the phrase, which comes from young people speaking and chatting on social media or text.

However, sometimes when people use it to apply to themselves, they use the correct grammar: Auf meinen Nacken. But it can be shortened too. Basically, don’t worry too much about grammar rules on this one and just go with the flow!

The phrase has become more mainstream after it was a runner up in the German Youth Word of the Year 2018.

READ ALSO: What are the meanings behind Germany’s youth words of the year?

Keep in mind that this expression is for use with your good friends, not with your German boss (unless you’re on very friendly terms).

– Hey, are you up for binge-watching Netflix with sushi?”

– Your treat or what?

If you want to use the expression yourself, you can easily integrate it into an informal conversation over text. For instance, if you are taking on a bill or a task, write: Auf meinen Nacken and everyone will know that you are performing the action, paying for something or taking the lead.