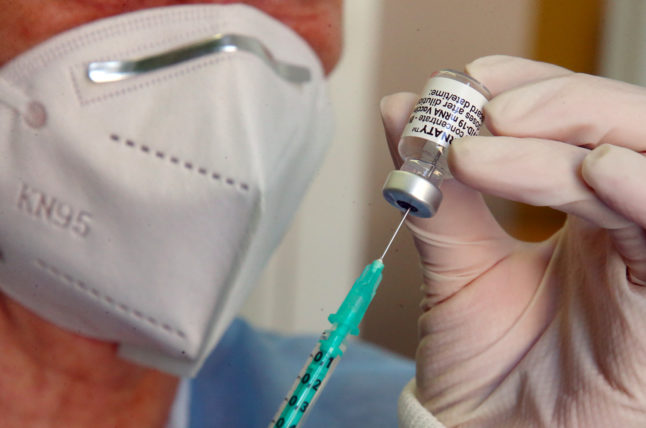 “The US suggestion for the lifting of patent protection for Covid-19 vaccines has significant implications for vaccine production as a whole,” said a government spokeswoman.

“The protection of intellectual property is a source of innovation and mustremain so in the future,” added the spokeswoman.

Germany is home to BioNTech, the company which co-developed with Pfizer the first Covid vaccine to be approved for use in the West late last year.

READ ALSO: Will the AstraZeneca vaccine be offered to all adults in Germany?

Another German company Curevac is in the final stages of its clinical trials and is eyeing authorisation for its Covid jabs in the EU in the coming weeks.

Earlier Thursday, Health Minister Jens Spahn had said Germany backs “the goal of the US president – supplying the world with vaccines is the only way out of the pandemic.”

However those countries that produce vaccines “must also export them to other countries”, Spahn said, pointing to US reticence to allow vaccines to leave its shores.

But she also stressed that Europe’s priority would be to boost global supplies, and implicitly criticised both the US and the UK for limiting vaccine exports.