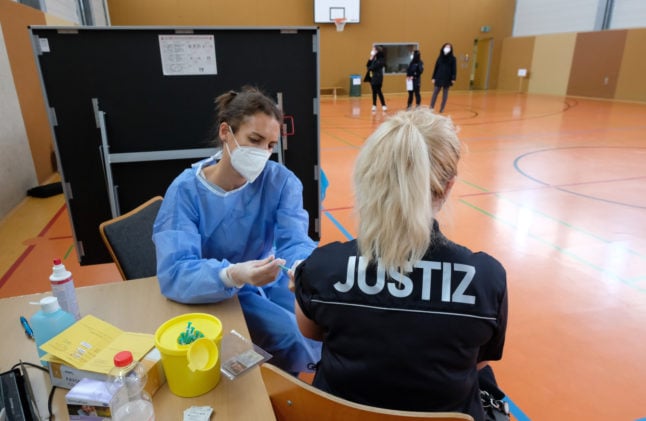 According to data from Germany’s Robert Koch Institute (RKI), the proportion of hospital admissions for patients with Covid-19 has not increased since the end of February.

It has remained at seven to eight percent of the reported number of people with Covid-19 – and has even fallen to a current low of four percent.

Upon request, the RKI said it can’t be ruled out that subsequent reports may push this percentage up slightly. However, it’s clear that the situation is improving compared to previous waves.

By way of comparison: at the peak of the first wave, the proportion of hospital admissions was up to 20 percent of the number of people with Covid-19 reported at that time, and up to 12 percent at the height of the second wave in December.

According to health experts, this proportion went down in winter due to lessons learned from spring 2020, and the progress in helping people avoid severe courses of the disease.

Elderly Covid cases significantly down due to vaccination

Coronavirus infections in the over-80s have declined considerably compared to the second wave, the RKI says.

The weekly incidences among 80 to 90-year-olds were between 60 and 74 per 100,000 inhabitants – significantly lower than in all other age groups.

On Thursday, for example, the proportion of the 80 plus age group in new Covid cases was just 2.5 percent.

This can only be explained by the effect of vaccination in this age group, the RKI said. Since this group used to account for the majority of hospital coronavirus cases, the current much lower overall hospitalisation rate can also be attributed to the vaccine effect.

It comes after Germany scored a major achievement this week after giving out more than a million Covid-19 jabs on Wednesday – a European first.

In all, 21.6 million people or 25.9 percent of the population in Germany have received at least one dose of the vaccine.

The proportion of people who are dying is also going down. About 2.45 percent of those infected have died so far. That is the lowest value since January 25th. The reason for the downward trend is probably the falling proportion of the very old among the cases.

In the younger age groups (35 to 59 year-olds), however, at least as many patients were hospitalised in the third wave as in the second.

And they have usually had to stay in hospitals longer than before, especially if they were treated in intensive care units.

According to the register of intensive care physicians and the RKI, about 5,000 people are still in intensive care, and more than half (58 percent) are receiving ventilation.

Intensive care doctors say their patients are becoming “younger and younger” compared to previous waves – and warn that they are still facing major pressure.