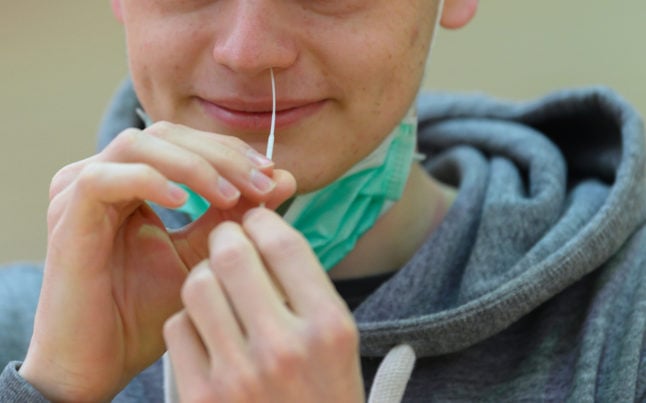 The eastern German state of Saxony has recorded unprecedented Covid-19 infection rates among young people this week, with school-age pupils and teenagers among the worst affected.

In figures released by the Robert Koch Institute (RKI) for the middle of April, the disease prevention agency revealed that more than 1,600 new cases among teens and children had been recorded in a single week.

In the 15-19 age group, the 7-day incidence of infection stood at 367 per 100,000 residents – a previously unseen rate of infection among under-20s in Germany, reported regional broadcaster MDR on Friday.

Saxony has been one of the worst-hit states in Germany throughout the second and third Covid wave, with consistently high infection rates.

Due to new nationwide ’emergency brake’ measures, which came into force on April 23rd and target areas with high Covid rates, most schools in Saxony were forced to move their classes online from Monday.

In Chemnitz – one of the most severely affected cities in Saxony – recent figures put the 7-day incidence among 10-14 year olds at almost 700, while in Zwickau, the incidence among 15-19 years olds has spiked to 579.

Are high rates partly due to increased testing?

Politicians in Saxony have been vocal critics of the emergency brake measures, with state officials expressing “disappointment” that schools had been forced to close.

But scientists disagree that the high figures are entirely due to more testing.

“As before, the majority of the recorded cases in children and young adults aren’t coming from this rapid-test strategy,” Leipzig-based epidemiologist Markus Scholz told MDR.

In the first few waves of the pandemic, many researchers had assumed that children weren’t major spreaders of Covid-19, but a great deal has changed in light of new variants of the disease, such as the so-called British variant.

The Covid-19 incidence among the 5-14 age groups rose exponentially in the six weeks following the reopening of schools in February, Scholz explained.

“No other age group has risen this much,” he added.