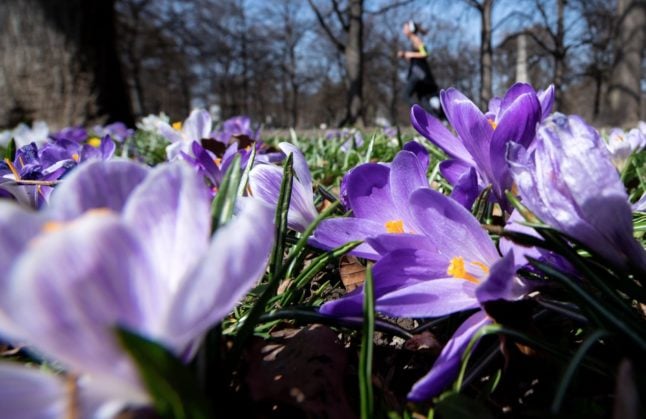 This jogger could be 'weltvergessen' when she's so lost in the music that she doesn't notice what's around her. Photo: DPA

In direct translation, this word means “world-forgetting”. It describes the state of people who are completely oblivious to the world around them.

For example, you might be so lost in your thoughts or your daydreams about your crush, that you’re no longer aware of anything around you.

Equally, it can refer to moments when you’re particularly moved by something. “Sie hörte weltvergessen die Musik” means “she is absorbed by the music”, or she’s listening so intently, that she’s forgotten everything around her but the sound.

It’s a beautiful and poetic word. But it’s also a double-edged sword: “weltvergessen” has a second, less positive meaning.

This is because the word “vergessen” is both an adjective (forgotten) and a verb (forgetting). So, it can mean “forgotten by the world” as well as “forgetting the world.”

“Eine weltvergessene Landschaft,” (a world-forgotten landscape) would be a lonely place indeed.

Maybe this double-meaning is a quiet warning to the dreamers and star-gazers among us: don’t forget to engage with the world, too, or the world might forget about you.

Sie starrte weltvergessen aus dem Fenster.
She stared out of the window, lost in her thoughts.

Das war der weltvergessene Autor, Moritz Blom.
That was the author Moritz Blom, whom no one knows.