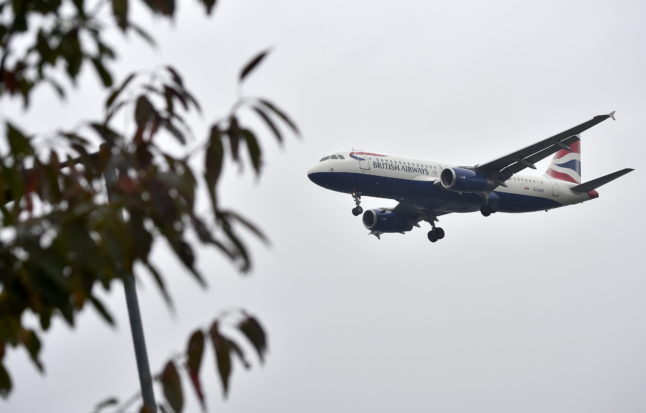 The RKI’s decision to take Britain and Northern Ireland off its watch list is recognition of a vastly improved epidemic situation in the island kingdom.

Back in December, all travel from the UK was banned after the emergence of a variant of the virus that is believed to be more contagious. That decision led to dramatic scenes at German airports, where travellers from the UK suddenly found themselves stuck in arrivals lounges.

Since then though, a fast rollout of the vaccine programme has helped drive down new infections in the UK, and the 7-day incidence there is now around 30 per 10,000 inhabitants.

The RKI only puts countries with a 7-day incidence above 50 on its list of risk areas.

The UK’s new status means that Brits travelling to Germany will no longer have to quarantine upon arrival.

At the same time, a change to the law that was agreed upon by the government at the end of March, means that anyone who arrives in Germany by plane needs to present a negative PCR or antigen test, irrespective of where they are arriving from.

The tests must have been conducted within the past 48 hours.

The UK still bans foreign travel for any of its residents unless they have a good reason for needing to travel. Such reasons include funerals and business trips.

Travelling to the UK

Similarly, the UK is being very careful about how it lets people cross its borders. If you want to travel there, you need to present a negative test and then go into immediate quarantine, either in a hotel or with relatives.

The quarantine lasts for ten days and the traveller needs to take two antigen tests, the first within two days of arrival and the second no earlier than eight days after arrival.

Travellers bear the costs of these tests, with the sum amounting to around €250.

Nonetheless, as the British government successively lifts restrictions as part of its plan to return to normality by late June, travel will also become easier.

The government in London plans to bring in a traffic light system for travel, which will allow people arriving from countries classified as green to enter the UK with a negative PCR test.

Whether a country is classified as green will depend on the rate of infection, the percentage of the population who have been vaccinated and the prevalence of certain variants there.