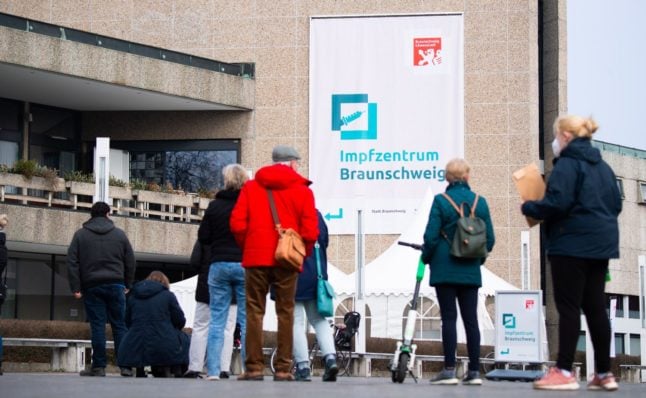 People outside a vaccination centre in Braunschweig on March 24th. Photo: DPA

According to a survey by German daily Bild, vaccination centres in the state of Brandenburg, which is next to Berlin, will not be open on Good Friday, Easter Sunday and Easter Monday.

Thuringia, also initially said vaccines were not to take place over the holidays, except on Saturday at a vaccination centre in Erfurt.

However, the state later told Bild that vaccinations would be closed on Easter Sunday due to a lack of supplies but would be open on Good Friday, Saturday and Easter Monday.

In other federal states, including Baden-Württemberg and Rhineland-Palatinate, closures are possible, according to the state governments – it depends on how much vaccine doses are available.

In Bremen, Saxony and North Rhine-Westphalia, however, jabs will continue.

In Saarland, vaccinations are generally not carried out on Sundays.

While more than 300,000 people get their shots on weekdays, on Saturdays and Sundays there are typically fewer than 150,000 injections carried out per day.

Under 138,000 doses were administered across German states on Sunday, slightly less than the week before.

The news of some centres shutting over the Easter weekend prompted outrage on social media.

“Couldn’t make it up,” said Ragnar Weilandt on Twitter.

Pandemic management in Germany right now is floating the idea of a hard Easter lockdown, retracting it and then closing vaccination centres for Easter holidays. https://t.co/noTSyQD6k5

Why is it taking so long to vaccinate?

Germany has come under fire for its slow rollout of jabs, lagging far behind the pace of other countries including the USA, Israel and the UK.

Just under 11 percent of the German population have received the first vaccination dose, while Israel has already jabbed 60 percent of people.

And it’s not just an EU-wide shortage of vaccine supplies causing the snail pace – many people consider bureaucracy, different state procedures and the inflexible vaccination prioritisation list to be causing problems.

Medical staff are not allowed to stray from the priority list, prompting fears that vaccine doses are being left unused.

Germany also suffered a setback on the speed of the campaign after suspending the AstraZeneca vaccine to investigate a possible connection to blood clots. 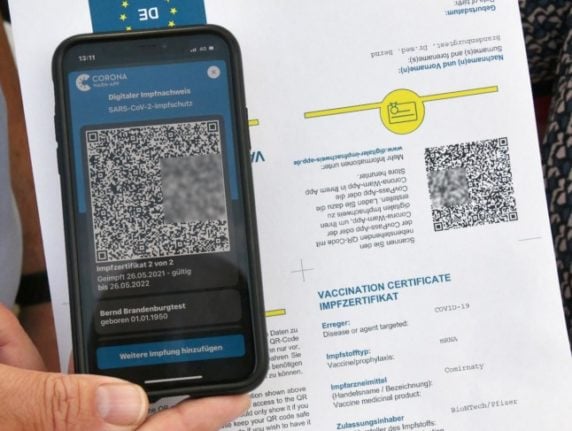 VACCINES
German cabinet approves decision to open up vaccines to all starting on Monday
Url copied to clipboard!