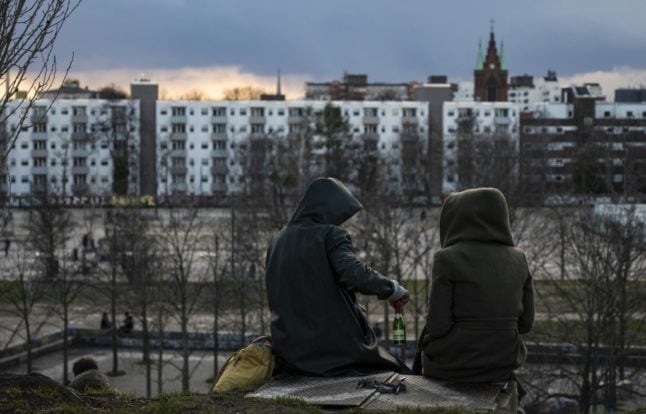 Merkel's chief of staff warns it's essential to get the virus under control now - or start from scratch with vaccinations. (Photo by John MACDOUGALL / AFP)

“The next few weeks will determine whether we can foreseeably get the pandemic under control,” top government aide, Helge Braun, told the Bild am Sonntag newspaper.

If the number of coronavirus cases increase sharply again, there is the danger that the next virus mutation could be resistant to the vaccine, Braun warned.

“Then we would need new vaccines, then we would have to start vaccinating all over again,” he added.

In addition to bringing down infection rates, Braun, who is also a doctor, recommended imposing night-time curfews in areas with high infection rates.

Regions that would qualify for this restriction are areas where the number of cases exceed 100 per 100,000 inhabitants in the last seven days: “That’s where regional curfews in the evening and at night can help, because we have the highest infection rates at meetings in people’s homes,” he said.

The rising Coronavirus cases over the past week in Germany.

The government aide also recommended that companies test all employees for Covid-19 twice a week.

Germany is facing a steep rise in coronavirus infections, in part pushed by a combination of the new variants of the virus and moves to ease restrictions.

After public criticism, Merkel reversed her plans for a strict Easter lockdown to stem a third wave of Coronavirus infections.

The measures were widely seen as the strictest the country had experienced since the beginning of the pandemic. They were intended to last from Thursday 1st April until Monday 5th April and would have seen most of public life closed, including supermarkets, on all days except Sunday.

Following a backlash and calls for a vote in confidence, Merkel did a U-turn, citing that the lockdown could not have been implemented well enough.

However, Braun said harsh restrictions over Easter were crucial to reduce the cases of infections. On Saturday, the number of confirmed coronavirus cases in Germany increased by 20,472, while the death toll rose by 157, according to data from the Robert Koch Institute for infectious diseases.

Despite his calls for urgent action, Braun is optimistic about the chance of a “normal summer” and expects the infections to be under control by May, thanks to a combination of the vaccination rollout and the warmer weather.

“By Whitsun (May 23rd) we will see the first positive effects – provided the situation doesn’t get out of hand by then,” he said.

Braun’s plea comes after Health minister Jens Spahn asked people in Germany to “ideally” only meet outside in the run-up to Easter.

Current rules allow for gatherings of up to two households, or five people excluding children under the age of 14. The measure also applies over the Easter holidays, which remains in place from Friday April 2nd to Monday April 5th.