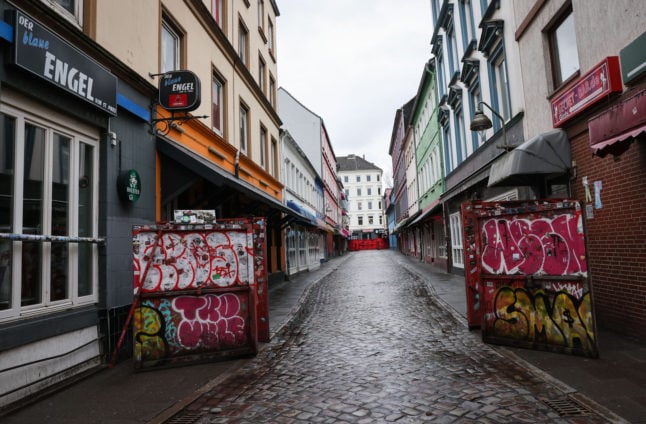 On announcing her plans for a hard lockdown over Easter on Monday, Angela Merkel stated that she wanted to have “five Sundays in a row” over Easter as a way of breaking the new wave of infections.

What is clear is that no shops will be allowed to open – not even supermarkets. But it’s not all bad – Sunday’s status as a day of rest means that most employers (except in sectors like gastronomy) can’t make you work on that day.

So did the Chancellor just give everyone an extra day’s holiday to go with the official nationwide holidays of Good Friday and Easter Monday?

The wording of the lockdown text states that “the principle ‘we stay at home’ applies for five days” which strongly suggests that you don’t have to go to work.

But there is a lack of clarity in the description of Maundy Thursday as a Ruhetag (day of rest). This is not a legally defined term, which has left a lot of people scratching their heads.

What most people can agree upon is that it is up to each individual state to decide.

What are the states saying?

In Berlin the Senate was reportedly flummoxed by the description of Maundy Thursday as a “day of rest” and had asked the federal government for legal clarity before enacting its own laws based on Monday’s lockdown agreement.

In Rhineland-Palatinate, state premier Malu Dreyer strongly suggested that the Thursday would be a holiday, saying that “businesses and trade should close.”

Bavarian state premier Markus Söder also said the Thursday would be a public holiday. But he hit the ball back into Merkel court, saying it was up to the federal government to work out a legal framework for doing so.

Winfried Kretschmann, state premier of Baden-Württemberg, was being very cautious, saying he could not “make any detailed, reliable announcements” on whether employees would get an extra day off. He said that “difficult legal questions” had to be clarified.

Brandenburg’s state premier Dietmar Woidke admitted that everyone was still confused. “The heads of the state chancelleries will meet again today and possibly the minister presidents again this evening to define the whole thing once more,” he told ZDF on Tuesday.

The Berlin Chamber of Industry and Commerce (IHK) was swamped with calls from the bosses of its 300,000 member companies on Tuesday, the Berliner Zeitung reported, all of them demanding clarity on whether they would have to pay their employees to take a day off work.

But the association couldn’t give any answers. “Even we don’t yet know what the rest day regulation for Maundy Thursday means,” admitted a spokeswoman.

What are the experts saying?

Arnd Kempgens, a lawyer from North Rhine-Westphalia believes he has the answer.

“All those who do not usually work on Sundays won’t have to work on Maundy Thursday nor on Easter Saturday,” he told the Westfälischer Anzeiger. “Wages and salaries will be paid in full, employees do not have to have a day of holiday deducted.”

State broadcaster ARD also believes that “for most workers their jobs will be suspended on these days. Those who have already asked for holidays should “get them back” from their employer. Conversely, those who have to work on those days despite all the new regulations should receive compensation.”

If states do decide that Maundy Thursday is a holiday, labour law experts say that companies are going to have to pay employees not to work, something they are not likely to accept given the current economic climate.

On the other hand, state parliaments may rush through laws that would compensate companies for the lost revenue.

SEE ALSO: Travel in Germany: What’s allowed (and not) over Easter holidays?