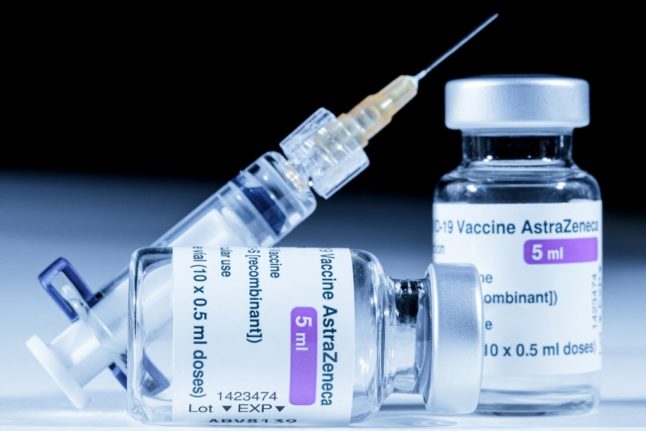 This file illustration photo taken on March 11, 2021 shows vials of the AstraZeneca Covid-19 vaccine and a syringe in Paris. - The EU's drugs regulator said on March 18, 2021 that the AstraZeneca vaccine was "safe and effective" and was not linked to an increased risk of blood clots. (Photo by JOEL SAGET / AFP)

“We have a problem with AstraZeneca,” she added.

European officials are furious that AstraZeneca has been able to deliver its UK contract in full while falling short on its supplies to the EU.

In her tough warning to the Anglo-Swedish pharmaceutical giant last Saturday, von der Leyen said: “That’s the message to AstraZeneca: you fulfil your contract with Europe first before you start delivering to other countries.”

The warning comes as the European Union struggles to speed up its Covid-19inoculation campaign, just as many member states are facing a third coronavirus wave and renewed curbs on public life.

Von der Leyen said AstraZeneca had delivered only 30 percent of the 90 million vaccine doses it had promised for the first quarter of the year.

Much of the frustration is over supplies to Britain, where the inoculation campaign has progressed at a much faster pace and where AstraZeneca also has production facilities.

Britain has in turn voiced alarm over the EU’s threat to halt AstraZeneca supplies leaving the continent.

Merkel said both herself and France’s Emmanuel Macron had spoken with Johnson on the issue, and that a summit of EU leaders later this week will address the subject.