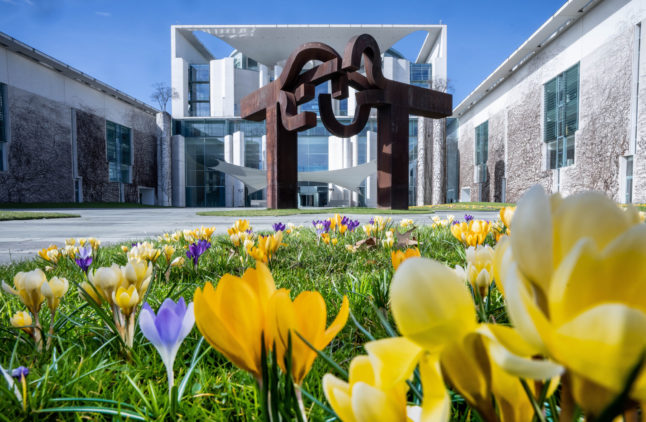 Chancellor Angela Merkel and the leaders of Germany’s 16 states have confirmed that the lockdown measures will be extended for a further four weeks, according to new agency DPA and news site Spiegel Online.

The strategy meeting between Chancellor Angela Merkel and the leaders of Germany’s 16 states was originally scheduled to discuss a further relaxation, but a third wave of the virus driven by new variants changed the agenda dramatically.

Lifting restrictions on dining, cultural and leisure facilities will now have to be delayed and instead, worst-hit areas may from Monday have to reimpose measures and order shops and some schools to close again, according to a draft proposal which was still being discussed on Monday evening.

At the last crunch lockdown talks on March 3rd, Merkel and the state leader agreed on a step-by-step lifting of restrictions. But built into this process was a so-called Notbremse – an emergency brake which local and regional governments could pull if the 7-day incidence per 100,000 residents were to rise above 100.

“We are deciding today that we will keep what we decided last time,” Merkel said, according to participants, referring to the emergency brake.

Germany’s Robert Koch Institute reported the so-called 7-day incidence at 107.3 on Monday morning. This is the highest level since January 26th, and up from 68 two weeks ago.

The draft proposal calls for these brakes to be brought in wherever they are necessary, and to be applied consistently across the country.

It lays the groundwork for the closure of some schools that have only just reopened, and urges people to avoid travelling over Easter.

“Given the current infection dynamics accelerated by the Covid-19 variants, forceful action is still required,” the text reads.

As the shutdown drags on, shop owners were watching developments nervously, with the German retailers’ association warning that 120,000 shops could go bust if the shutdown persists.

No relaxations over Easter

The federal and state governments also decided against relaxing visitation rules at Easter weekend, which begins on Friday April 2nd, according to DPA.

Before the consultations, Germany discussed relaxing contact rules over Easter and allowing visits of relatives. Specifically, there was a proposal to allow meetings with four people beyond one’s own household, plus children up to the age of 14 from the immediate family circle.

At the beginning of March, the federal and state governments decided that meetings between a private household and another household is possible, but limited to a maximum of five people.

Children up to 14 years of age are not counted and couples are considered as one household.

It was also still unclear in the evening what would become of Easter vacations, both at home and out of the country. “The federal and state governments continue to urge all citizens to refrain from nonessential travel domestically and also abroad,” the draft resolution said.

“The emergence of various Covid-19 variants and their global spread have shown that cross-border travel must continue to be limited to the absolute minimum necessary.”

Nevertheless, the states of Schleswig-Holstein, Mecklenburg-Western Pomerania, Lower Saxony, Saxony-Anhalt and Rhineland-Palatinate advocated allowing “low-contact vacations” – that is, vacations in vacation homes or houses, apartments or mobile homes, provided they have their own sanitary facilities and holidaymakers can also get and prepare their own food there.

Further talks on the remaining details of the agreements were ongoing as of 11 pm on Monday evening.

READ ALSO: These are the travel plans that could make it into Germany’s new lockdown pact