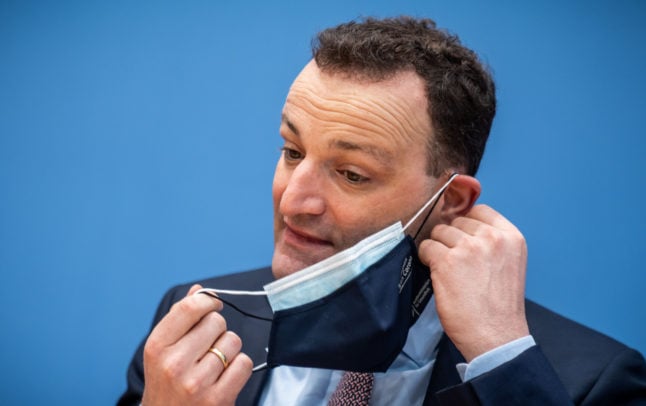 A spokesman from Burda told Spiegel that the company had helped to procure masks in April last year, when governments across the world were desperately scrambling to get hold of the mouth and nose covering.

The spokesman added that Funke was neither involved nor implicated in the deal.

Contacted by AFP, a health ministry spokesman said the contract with Burda “was concluded and carried out after the reception of offers in a standardised process at market prices”.

The report came as several MPs in Merkel’s CDU party and Bavarian sister party CSU were hit by a series of damaging graft allegations just six months ahead of general elections.

Bavaria’s former justice minister Alfred Sauter on Sunday gave up all his posts in the CSU party, after he came under investigation over corruption claims related to masks procurement contracts. Sauter has denied all claims.

A string of resignations

Meanwhile, CSU lawmaker Georg Nuesslein was last month placed under investigation for corruption following accusations that he accepted around 600,000 euros to lobby for a mask supplier.

A similar controversy embroiled CDU lawmaker Nikolas Loebel, whose company allegedly pocketed 250,000 euros in commissions for acting as an intermediary in mask contracts.

On Thursday, Tobias Zech, a member of the Bundestag for the CSU Bavarian sister party of Merkel’s CDU, became the latest in a string of MPs to resign over corruption allegations.

Zech had carried out paid PR work for a political party in Macedonia hortly after he was elected to the Bundestag in 2016, according to Der
Spiegel weekly.

The graft claims have cost the conservatives dearly.

With the first allegations erupting in the run-up to two key regional elections in the states of Baden-Wuerttemberg and Rhineland-Palatinate this month, voters punished the conservatives and handed them their worst-ever results in both states.

The conservatives are now polling at just 29 percent nationally, their lowest level of support for a year and below the 32.9 percent they secured in the 2017 elections, according to a survey published by the ARD broadcaster on
Thursday.

SEE ALSO: What you need to know about Germany’s face mask scandal 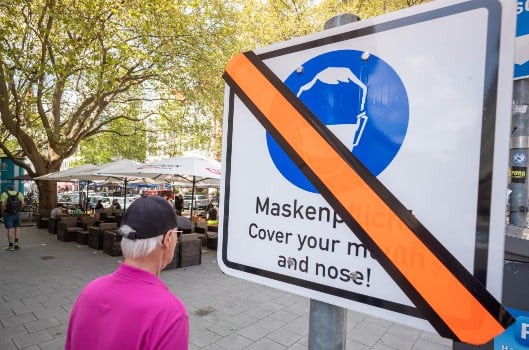 MASKS
EXPLAINED: The new rules on masks that come into force in Germany next week
Url copied to clipboard!