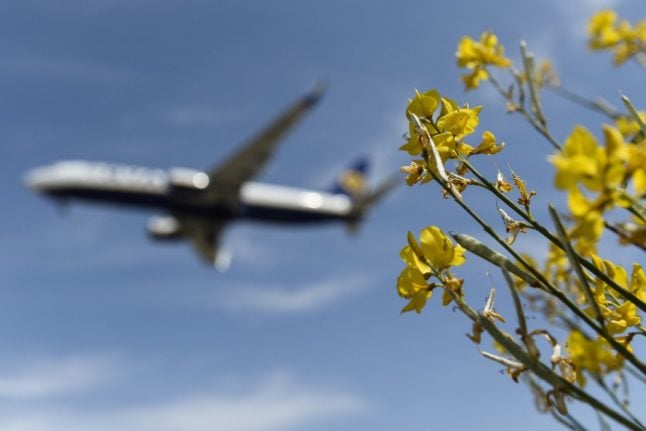 “The desire to spend the Easter holidays on the Mediterranean is significantly bigger than expected,” said German tourism giant TUI in a statement Tuesday.

The package holiday provider said that it had received more bookings for Mallorca in recent days than in the same period in 2019, and would be doubling the number of its flights plying the route to the island to 300.

German flag carrier Lufthansa also said Friday it would double flights to Spain during Easter to meet a surge in demand, with three times more connecting Frankfurt and Palma, the capital of Mallorca.

Similar announcements have followed in recent days, with Lufthansa subsidiary Eurowings announcing 300 extra flights from Germany to the Balearics and Ryanair adding an additional 200 flights between Germany and Spain over Easter.

The surge in flights comes as Germany is bracing for a third Covid-19 wave, with authorities saying infections could reach an all-time high by mid-April due to the British variant of the virus.

German Chancellor Angela Merkel has urged Germans to refrain from “non-essential” travel but bookings to sunshine destinations have soared.

Easter is traditionally a peak travel period in Spain but the government has imposed a ban on travel between regions to prevent people from heading to their holiday homes on the coast or visit family.

The prospect of a boom in German tourism was met with irritation on social media by Balearics residents who will themselves be subject to restrictions on gatherings over Easter.

Yet the regional government’s health councillor Marga Frontera insisted that all tourists will also have to abide by the islands’ coronavirus rules.

“I see that many people are saying that tourists will be able to do things residents can’t. This is not true. Visitors to the Balearic islands are obliged to respect the same rules as residents,” Frontera tweeted.

Spain saw a huge spike in coronavirus infections in January after travel restrictions were eased over Christmas to allow families to get together, but this third wave of infections has since receded.

Foreign tourists can nevertheless continue to arrive at Spanish airports, as long as they provide proof of a negative PCR test for coronavirus carried out within 72 hours of their arrival.

On Tuesday Bavarian state premier Markus Söder also spoke in favour of a coronavirus test requirement for all Mallorca-returnees to Germany.