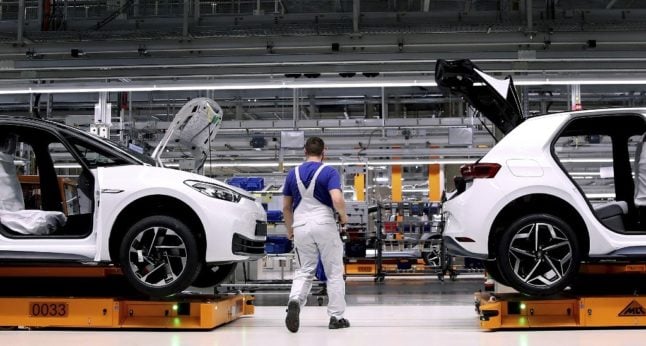 Up to 900 employees would opt for an early retirement scheme while others would leave the company as part of a gradual halting of their activities, it said.

It did not give a precise figure for those employees, saying only that it would be in the lower end of a “four-digit number”, an expression usually used to mean between 2,000 to 4,000.

The job losses were intended to make a major contribution to managing the company’s costs, said the statement.

“Thanks to our high level of investment in the expansion of electromobility and digitisation, Volkswagen has been able to establish itself as a pioneer of automotive change,” human resources director Gunnar Killian said in the statement.

“We now want to consolidate our position of strength,” he added. “This will require a continuation of a strict cost management in order to finance the necessary investments in the future.”

In 2020, Volkswagen lost its top ranking in the world automobile market to Toyota, selling 9.3 million vehicles, down 15 percent on 2019.

Like all car makers, it has been hit hard by the economic fallout from the coronavirus pandemic but has said it expects a significant rise in turnover in 2021.

This latest round of jobs cuts follows the 2019 announcement of up to 7,000 job losses by the group’s leading brand, VW.

Earlier this month, Volkswagen said it hoped electric vehicles would account for 70 percent of its European sales by 2030, doubling its previous target in the face of ever stricter legislation.

The efforts are part of a strategy which has seen the Volkswagen group invest more than 30 billion euros into e-mobility in order to comply with stricter environmental rules in the EU.

Tesla has upped the pressure on major German carmakers such as Volkswagen in recent years with its plans to open a manufacturing plant just outside Berlin next July.