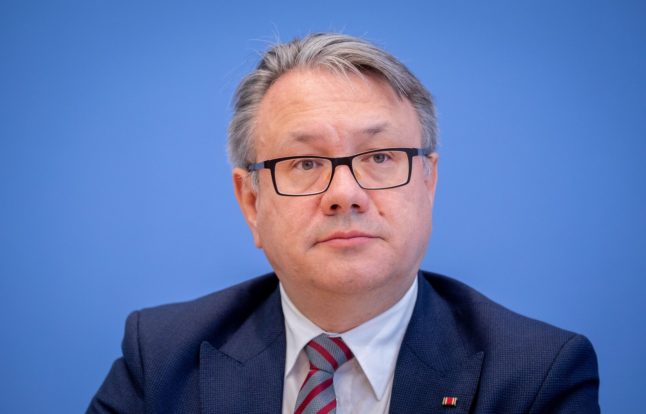 Merkel’s CDU/CSU bloc fell to 32 percent in a survey carried out by the Kantar institute for Bild newspaper, a two-percent drop on last week that pushes Germany’s biggest political force to its lowest level since March 2020.

“There are many reasons for the decline, and they all have to do with the pandemic,” said Bild.

The slump is bad news for the conservatives ahead of regional elections in the states of Rhineland-Palatinate and Baden-Wuerttemberg on March 14.

READ ALSO: Supermarkets sell out of home tests hours after they go on sale

The two polls are being closely watched as a test of the national mood ahead of a general election on September 26 — which will be the first in over 15 years not to feature outgoing chancellor Merkel.

But Europe’s top economy was hit hard by a second wave at the end of 2020 and Merkel’s coalition government has increasingly found itself in the firing line.

Despite months of painful shutdowns, the country’s infection numbers have stopped falling in recent days.

The slow pace of Germany’s vaccination campaign, snarled by distribution issues and red tape, as well as a delayed start to mass rapid coronavirus testing have further eroded confidence in the government’s crisis management.

Adding to Merkel’s woes is a growing scandal linked to the procurement of face masks early on in the pandemic.

A CSU lawmaker, Georg Nuesslein, was last month placed under investigation for bribery following accusations that he accepted some 600,000 euros to lobby for a mask supplier.

A similar controversy has embroiled CDU lawmaker Nicolas Loebel whose company took a 250,000 commission for acting as an intermediary in mask contracts. Loebel announced on Sunday that he was bowing out of politics.