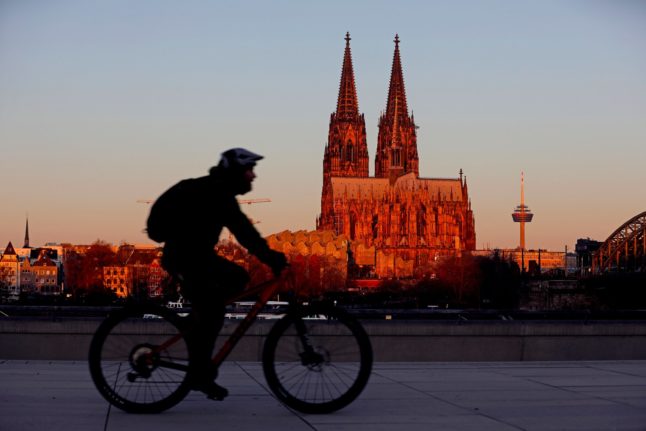 Merkel and state leaders are meeting on Wednesday March 3rd to thrash out the next steps for the pandemic in Germany.

According to a draft paper, the federal government and states are discussing an extension of the shutdown until March 28th. That means restaurants, cafes, bars as well as leisure, cultural and sporting facilities would remain closed.

However, some restrictions could be relaxed. The paper gives an idea of what’s to come – but no decisions are set in stone at this stage.

A gradual relaxation of curbs is warranted, it says, because of the upcoming ramp-up in vaccine deliveries and the arrival of mass rapid antigen tests, reported AFP.

“These two factors will clearly change the pandemic situation,” it reads. For the weeks ahead, Germany’s strategy will be based around “vaccinations, testing, contact tracing and reopenings”, it adds.

Here’s a look at what the proposals say:

– According to the draft, contact restrictions could be eased slightly so that up to five members of two households will be allowed to meet again from March 8th. Children up to 14 are not included in the rule. Currently a household is allowed to meet with one other person outside of the household.

– The draft also provides for exceptions for the Easter holidays: from April 2nd to 5th, visits to relatives could be possible even if more than two households are involved.

READ ALSO: What can we expect from Germany’s plans to ease lockdown?

– Bookshops, flower shops and garden markets are to be allowed to reopen in all federal states. This would be the next reopening step after primary schools in February, and hairdressers from March 1st. Prerequisites are appropriate hygiene concepts and a limit of one customer per 20 square metres. Some states have already began opening these facilities.

– Other personal-related services such as beauty salons, as well as driving schools are also to be allowed to reopen, provided that they organise for negative daily tests and hygiene plans. Customers here, however, would have to show a negative quick test or self-test, under the draft plans.

– Sports involving up to 10 people outdoors may be possible again under certain conditions.

– The federal states could ease measures further depending on the regional number of cases per 100,000 residents in seven days (incidence rates).

– A so-called emergency brake could be introduced: the rules in place currently up until March 7th would come into force again if an incidence exceeds a certain number for three consecutive days. The federal and state governments are still negotiating the exact number for this.

– The draft states all travel within and outside Germany should still be avoided at this stage.

The national testing strategy should also be supplemented by the following measures, which are to be implemented step by step by the beginning of April, according to the draft:

– For safe school operation and childcare, states will ensure there are testing concepts for staff in schools and childcare. All pupils should receive the offer of at least one or two free rapid tests per attendance week, including a certificate of the test result.

– Businesses will be required to offer their staff the offer of at least one or two free rapid tests per week, including a certificate of the test result.

They worked with the Chancellor and the heads of states to put together proposals.

The plans still need to be discussed by all heads of states and Merkel on Wednesday. Final decisions will be taken then.

The 7-day incidence in Germany has been hovering around 60-65 Covid-19 infections per 100,000 people for several days now. The incidence is still to be used as a yardstick when imposing or relaxing coronavirus restrictions. The goal of the federal and state governments is to push the figure below 35.

The draft may be a disappointment for all those who had hoped for comprehensive relaxations of coronavirus measures. According to the document, the next round of talks between the heads of the federal states and the Chancellor will take place on March 24th – one week before Easter.

At that time, further opening steps, for example in hospitality, culture, events, travel and hotels, are to be discussed.