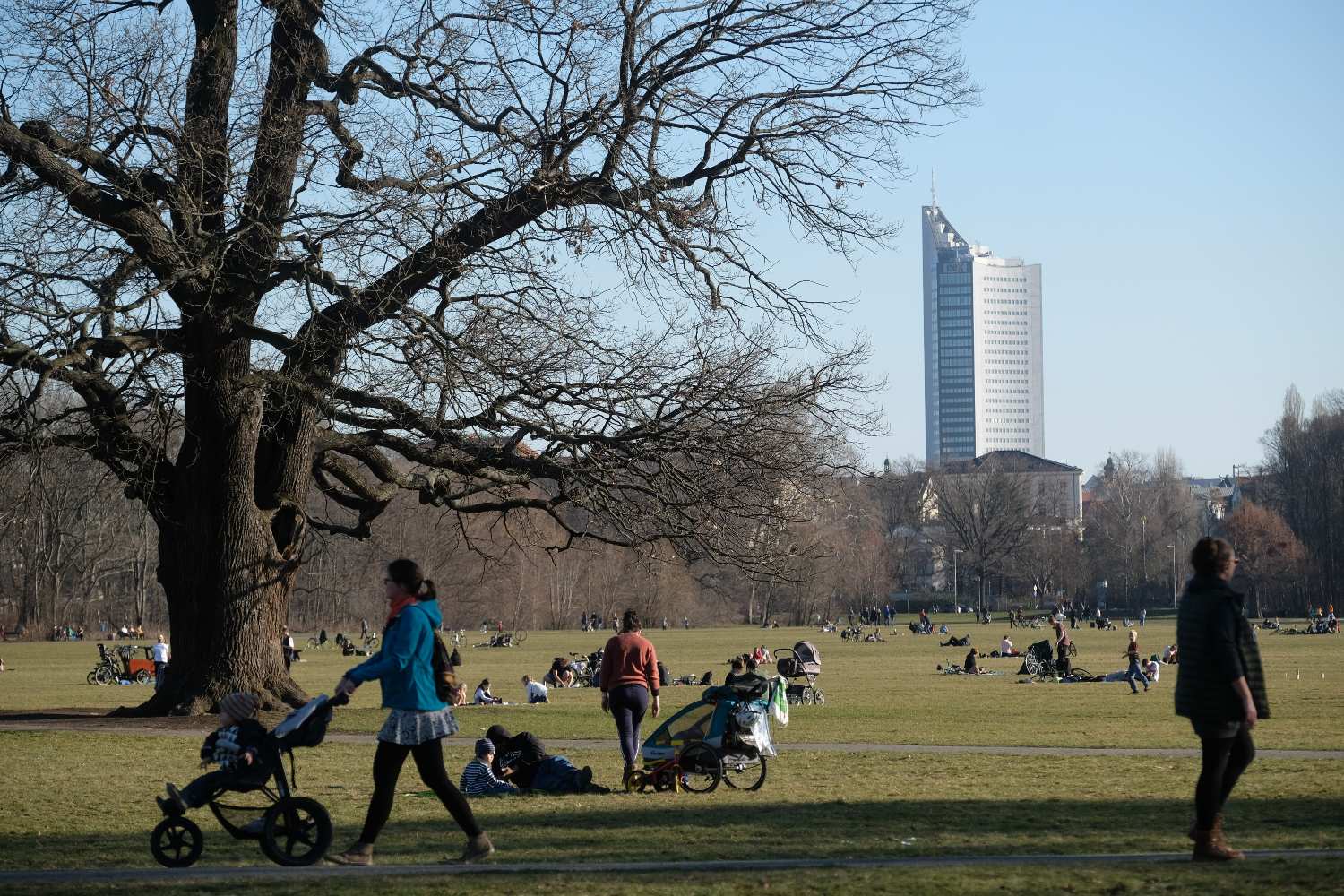 People enjoy the sunny weather in a park in Leipzig on Sunday. Photo: DPA

On the weekend of February 13th and 14th, people around Germany went ice skating and sledding following one of the country’s coldest periods in years.

But just one weekend later was a different story: the snow had quickly melted away over the course of the week, and Germans sprawled out for picnics amid spring-like temperatures – a month before spring officially begins on March 20th.

Within just a few days, the weather in Germany has taken a record turn, according to climate researchers from the German Weather Service (DWD).

Since records began, the temperature has never risen as sharply within seven days, as the now-confirmed readings from the Göttingen, Lower Saxony weather station in central Germany show.

To find anything even remotely comparable, weather researchers had to look far back into the past: The previous record had been set in May 1880, in the early days of weather records. At that time, a temperature rise of 41C had been measured within seven days, said a DWD spokesman.

In northern Germany, two regional winter heat records were also measured on Monday, according to the data: In Quickborn in Schleswig-Holstein, the highest temperature was 18.9C, still above the record temperature of 17.8C logged two years earlier.

And in Hamburg, the Neuwiedenthal weather station even measured 21.1C on Monday. The previous record at the same station of 18.1C just over a year earlier was therefore “pulverized,” a DWD spokesman said.

“For the first time since temperature records began, the temperature in Hamburg has thus risen above 20C in winter,” he added.

The temperatures around Germany are set to stay warm all week, and drop again at the weekend.

On Wednesday, the mercury will read 19C in Berlin, 18C in Hamburg, 19C in Cologne and 17C in Munich.

But by Saturday, the temperature will drop to 10C in Berlin, 11C in Hamburg, 11C in Cologne and 9C in Munich.