Doctors and public health officials pleaded with Germans Thursday to take up AstraZeneca vaccines against the coronavirus after muddled communication about the efficacy of the British-made jabs hit demand.

Officials in Italy, Austria and Bulgaria were also starting to signal some public resistance to the British vaccine, and France's Health Minister Oliver Veran got the jab live on television to drum up support.

“If you are given the choice between AstraZeneca now or another vaccine in a few months, you should definitely take AstraZeneca now,” implored Carsten Watzl, general secretary of the German Society for Immunology.

“Saying the AstraZeneca vaccine is second-class is scientifically and from a public health perspective dead wrong,” he told the daily Augsburger Allgemeine.

AstraZeneca has been shown to be about 60 percent effective in trials, while studies point to around 95 percent efficacy for the latter two products.

However the British jab has the advantage of not requiring deep-freeze storage, with a regular refrigerator sufficing.

The image problem stems largely from confusion around German guidance last month for the vaccine developed by British-Swedish pharmaceutical firm AstraZeneca in partnership with Oxford University.

Citing a lack of data about efficacy in the elderly, Germany's vaccine commission said AstraZeneca was recommended only for people aged 18 to 64 years old.

The decision had been preceded by contradictory German media coverage about the jab.

Business paper Handelsblatt and Bild daily had reported that efficacy among above-65s was below 10 percent — claims that were firmly rejected by the German government and the company.

Even British Prime Minister Boris Johnson came out to defend the jabs, which have already been widely used in Britain on older people.

But this month South Africa suspended its vaccine rollout after a study found the Oxford/AstraZeneca jab failed to prevent mild and moderate illness caused by a variant found in the country which has since spread to Germany.

The mixed messaging had a lasting impact. 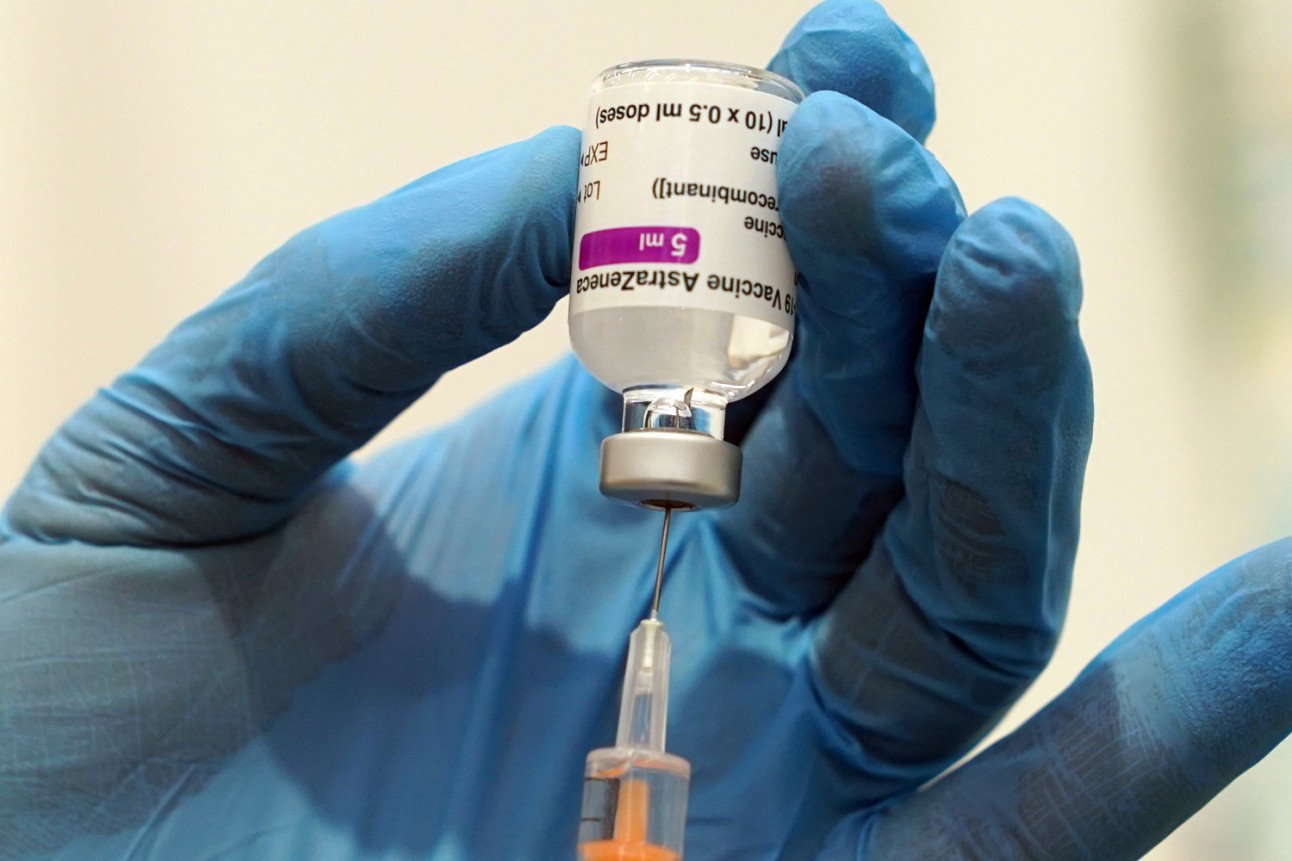 A nurse in the UK fills a dose of AstraZeneca. Photo: DPA

Nearly 740,000 AstraZeneca doses have been delivered to Germany's 16 states but only 107,000 had been used by Thursday, the Robert Koch Institute for disease control reported.

In the state of Saxony, which has some of Germany's highest infection rates, more than 2,500 available appointments were going unfilled this week, the Red Cross said, citing doubts about the AstraZeneca vaccine as the main cause.

And Brandenburg state surrounding Berlin said it would make the jabs available to police officers, who are lower on the vaccine priority list, because AstraZeneca vials were going unused.

Spahn said officials were working to make sure none of the precious jabs went to waste, as a poll for the Tagesspiegel newspaper showed that only one in three Germans under the age of 65 was ready to get the AstraZeneca vaccine
rather than wait for another product.

With more than 60 percent of Germans saying they want to get vaccinated, opposition politicians blamed the government for undermining faith in AstraZeneca.

Kordula Schulz-Asche of the Greens party told Welt daily that scepticism was spreading even among healthcare givers “which can be blamed on a truly catastrophic communication strategy” from Berlin.

Chancellor Angela Merkel has pledged that all Germans will receive an offer for their first jab by September 21st at the latest.

But with production problems and logistical hiccups slowing the vaccine drive, officials are increasingly telling Germans that beggars can't be choosers when it comes to which shot they get.

Germany has reported some success in reducing new infections thanks to a three-month partial lockdown. On Thursday, it recorded 10,207 new cases of Covid-19 in the previous 24 hours and 534 deaths.

But the decrease in new cases is stagnating and highly infectious virus variants are on the march, with the UK mutation now accounting for more than one in five infections.

And as of Wednesday, only 3.6 percent of the population had received the first of the necessary two jabs of any vaccine.