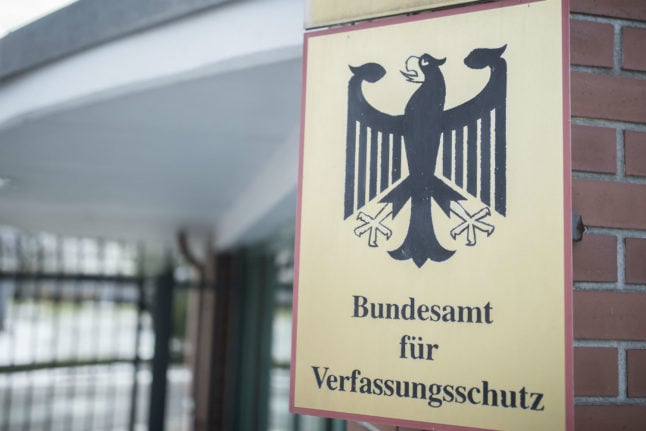 The suspect identified only as Franco A., 32, stands accused of the “preparation of a serious act of violence that endangers the state”, as well as illegally possessing weapons and explosives.

Prosecutors said he pretended to be a Syrian refugee and successfully obtained asylum protection in December 2016 even though he speaks no Arabic.

He took on the double identity because he hoped that “in the subsequent investigations (of the attack), suspicion would be diverted to asylum seekers in Germany,” they added.

The surreal alleged plot was uncovered at a time when Germany was bitterly divided over Chancellor Angela Merkel's decision in 2015 to let in more than a million asylum seekers.

It also laid bare the chaos of an immigration system that was struggling to cope with the sudden jump in arrivals.

Investigators believe that the targets of Franco A.'s planned attacks were then justice minister Heiko Maas, a deputy speaker of parliament, Claudia Roth, or a human rights activist.

For his plan, Franco A. had secured a pistol that he hid in January 2017 in a toilet at Vienna's international airport.

He is also accused of having taken munitions and explosives from the German armed forces.

Franco A. was detained in February 2017 while seeking to retrieve the pistol from its hiding place at the Austrian airport, but released a day later.

He was remanded in custody between April and November 2017, and has been free since pending trial.

But the trial's opening was delayed by questions over which court was competent to hear the case.

Frankfurt's higher regional court, which will hear the case, has now set hearing dates through the end of June.

The trial comes after another high-profile case in which the Frankfurt court convicted a neo-Nazi of what is believed to be Germany's first political assassination by a right-wing extremist since World War II.