Clowns, political floats and lots of shouting: Rosenmontag is usually a massive celebration in parts of Germany. Here's what's happening this year in the pandemic shutdown.

It's fair to say that Rosenmontag is usually one of the biggest street parties in the parts of Germany that celebrate carnival, including Cologne and Düsseldorf.

But – unsurprisingly – this year things are very different. Due to the pandemic and ongoing lockdown restrictions, the big parades are cancelled.

Carnival events are understood to have fuelled the spread of Covid-19 at the beginning of the pandemic in Germany, leading to a rising number of cases in the state of North Rhine-Westphalia (NRW) as well as a number of deaths.

The last time Rosenmontag parades were axed in Düsseldorf and Mainz was in 2016 due to hurricane-force winds.

In Cologne, the last cancelled parade was in 1991: back then, carnival revellers decided to forego the procession because of the Gulf War.

So how are some of these places going to celebrate?

This year although the huge street parties are cancelled, the spirit of carnival is still alive – and many people might just spend the day in fancy dress in their home.

In Cologne there is a very small substitute: from 2pm broadcaster WDR will show the Rosenmontag procession in miniature form – as a production of the Hänneschen puppet theatre.

A 32-metre-long backdrop of Cologne's old town has been erected in the carriage construction hall of the Cologne Carnival Festival Committee.

READ ALSO: The calls you'll hear at Carnival – and what they mean

According to the festival committee, the small procession has everything that its big brother has. This includes floats with motifs, dance groups and, of course, spectators.

The floats by the Hänneschen procession show, among others, the pandemic health experts Karl Lauterbach, Christian Drosten and Hendrik Streeck who have all become high profile this year.

In true Karneval form, they also make fun of habits that emerged this year such as panic buying – Hamsterkauf in German. 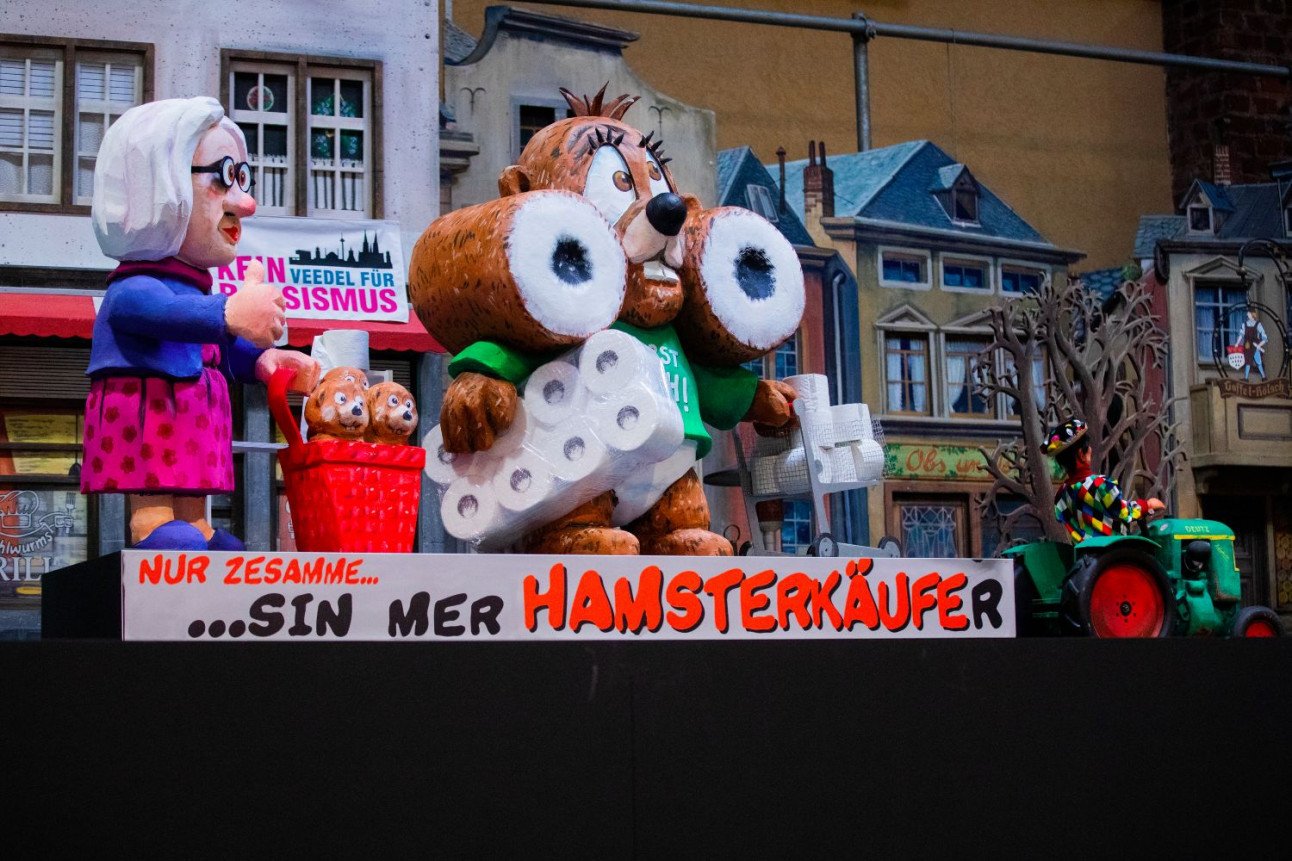 There is also a ray of hope for the Jecken in Düsseldorf. There, eight designs by famous float builder Jacques Tilly will be on display.

According to the Düsseldorf Carnival Committee, the sculptures will be placed in the city centre for about two hours. They will not be driven through the streets in a convoy, but individually on three different routes.

They're doing it this way because the carnival organisers want to prevent groups of spectators from gathering on streets and rules being violated.

'Bang the drum despite lockdown'

Otherwise Rosenmontag is for many people a normal working day in the carnival strongholds this year.

The Cologne University Hospital, however, is giving its employees Rosenmontag as a free “thank you day”. This is to honour the extraordinary commitment of the employees this year.

In the small city of Unna, meanwhile, the celebrations are going ahead as planned. That's because they are pandemic-friendly anyway.

Pensioner Helmut Scherer is known for putting on the world's smallest carnival procession. For more than six decades, he has been parading through the city centre on Rosenmontag by himself (or with a very small crew of one other).

To avoid crowds of spectators at the roadside, the 86-year-old has moved his solo spectacle to the city's hospital grounds this year:

“That way I can also bring a little joy to the patients there during this time,” Scherer told DPA. His motto this year is: “Bang the drum despite lockdown”.