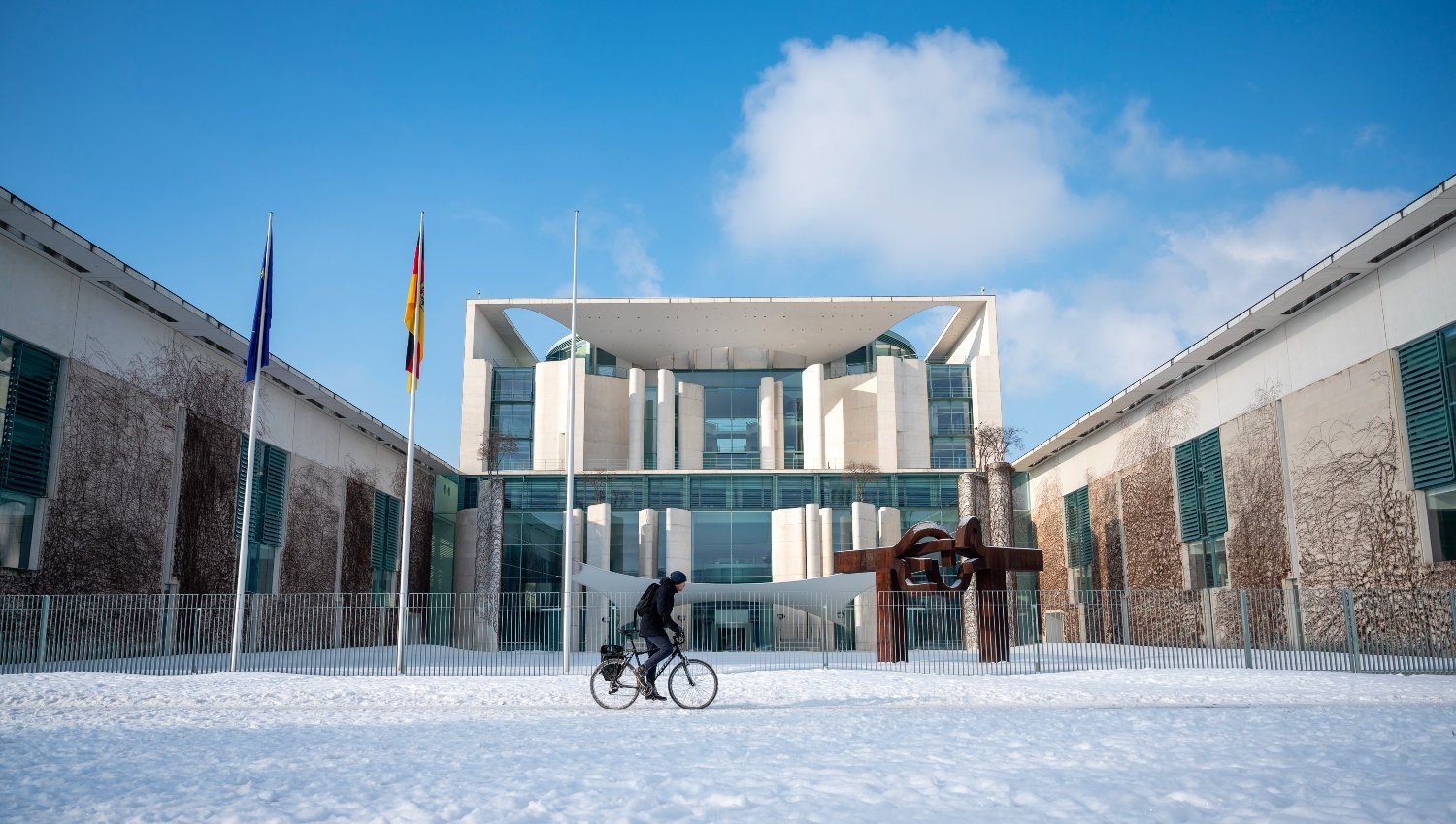 The Federal Chancellery building in Berlin on Wednesday. Photo: DPA

The government said in its draft paper published on Wednesday that the coronavirus measures have led to a “significant decline in the incidence of infection”.

“For the first time since the end of October 2020, it has been possible to reduce the number of new infections per 100,000 inhabitants nationwide to a value of less than 80 within seven days,” said the paper.

“For some federal states, an incidence below 50 is already in sight, although not yet achieved.”

The current coronavirus measures are due to expire on February 14th.

Here's a snapshot of the latest proposals which will be discussed at the meeting on Wednesday afternoon between Chancellor Angela Merkel and state leaders. Final decisions are expected after the talks.

Due to this situation, Chancellor Merkel's government proposed extending the shutdown to March 14th. However, the states pushed for the extension to end earlier – on March 7th.

Late on Wednesday it emerged that the shutdown would be extended to March 7th.

The government says in its draft document that opening steps “must be taken carefully and gradually in order not to risk the successful containment of the infection by a renewed exponential growth of the number of cases”.

The federal and state governments say they will “jointly coordinate opening steps in the coming weeks”.

Despite the shutdown remaining in place, it does look like there will be some changes.

The draft paper states that hairdressers in Germany should be able to reopen from March 1st, “subject to hygiene requirements, access control with reservations and the use of medical masks”.

The government says hairdressers are important for “personal hygiene” reasons.

Plans to reopen other parts of public life

The government's draft paper leaves the next steps open to discussion.

The draft suggests that relaxations of the shutdown could happen in states when the number of cases per 100,000 people in seven days (7-day incidence) reaches 35 new infections per 100,000 inhabitants.

Up to this point, authorities had been aiming to get the incidence rate under 50 – but this appears to have changed due to the threat of variants spreading.

The government says these next steps should include the reopening of non-essential shops museums, galleries and other personal services such as beauty salons.

“In order to give citizens and businesses planning perspectives, the federal government and the states are continuing to work on the development of the next steps in a safe and fair opening strategy so that our lives regain more normality,” said the draft document.

In areas with high infection figures, measures would remain in place or be tightened.

Households in Germany are currently allowed to meet with one other person, and everyone is urged to have a small “social bubble”, cutting social contacts down to the minimum.

These restrictions will remain in place, according to the draft paper.

“The contact restrictions must be maintained in the coming weeks,” said the government.

“Citizens are urged to continue to limit contacts to an absolute minimum, even in areas where the incidence of infection is steadily decreasing.

“The principle 'we stay at home' remains the essential tool in the fight against the pandemic and saves lives every day,” added the draft paper.

Medical masks (i.e. so-called surgical masks or respirators such as FFP2 standard or comparable) must still be worn in public transport and in shops.

The wearing of medical masks indoors is also “strongly recommended” by the government in situations where two or more people are together.

The government said schools should be a priority for reopening and that individual states should decide how and when this should gradually happen.

Medical masks, ventilation and hygiene measures will be needed in schools, the draft states.

Travel still to be avoided

The German government appeals for people to continue to avoid all unnecessary travel, within Germany and abroad.

Companies must continue to allow employees to work from home when possible, the draft plan states.

Self Covid-19 testing in future

The government also mentions the use of rapid tests for self-administration “as another suitable means of increasing testing capacity in Germany”.