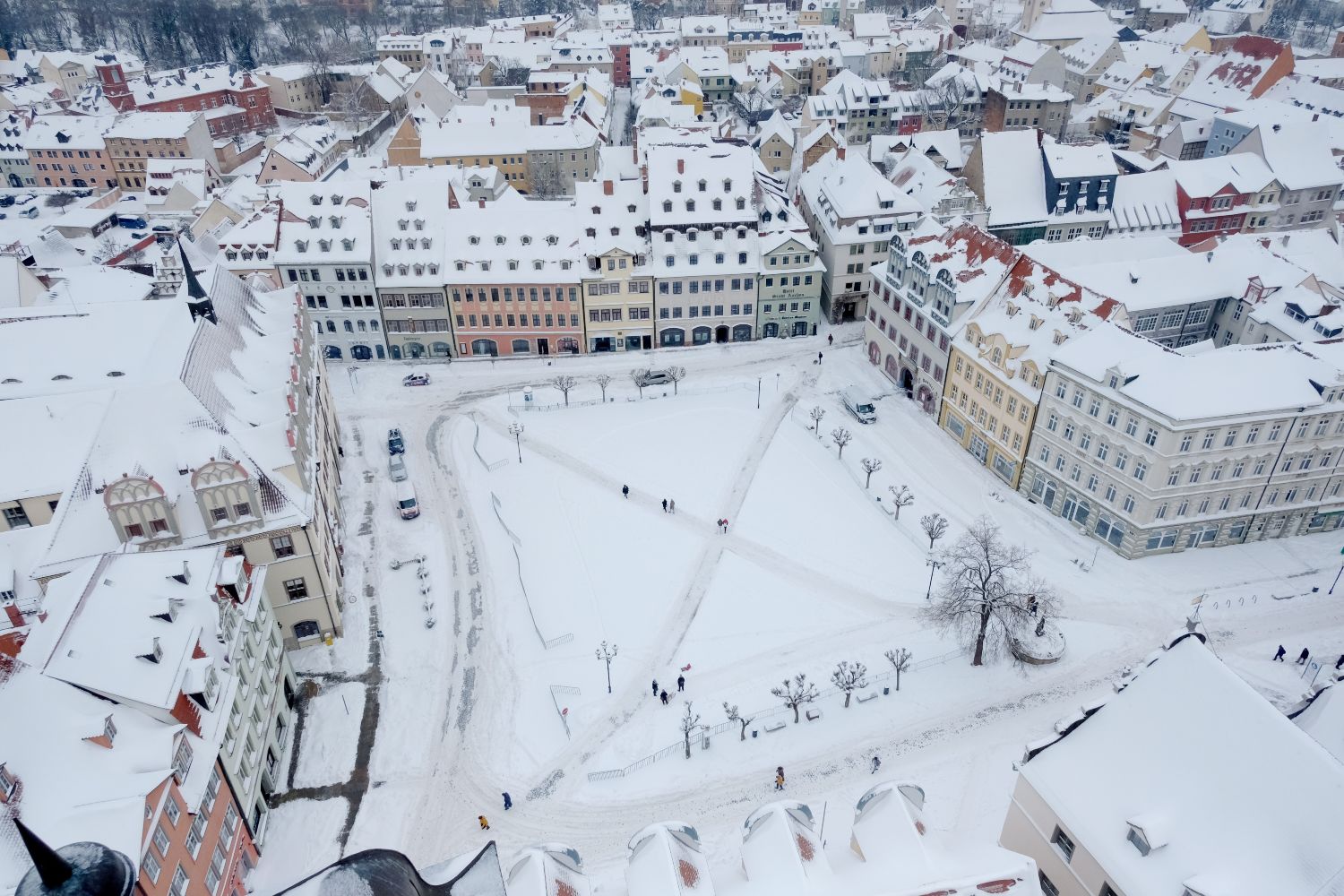 A view of Naumburg in Saxony-Anhalt, a state which still has a high number of Covid-19 cases. Photo: DPA

While schools, shops and hairdressers have been allowed to reopen in neighbouring Austria, the coronavirus lockdown measures in Germany are likely to be extended – at least until the end of the month.

But as calls for a clear plan out of the shutdown grow, experts are warning that the declining case numbers could be deceptive.

Social Democrat health expert and politician Karl Lauterbach warned against relaxing measures too soon – and even suggested tightening up measures.

Lauterbach said on Twitter that an “extremely difficult” decision was coming up at the meeting between Chancellor Angela Merkel and state leaders. People in Germany will be expecting restrictions to be relaxed because the number of cases is falling, he said

But he warned the country should seriously think about tightening up measures because of a possible “third wave” caused by a “turbo virus”.

He calculated that with the current spread of the mutants, the number of cases would only fall until the end of February, and then a third wave of the pandemic would arrive.

The health expert referred to analyses that suggested the decreasing case numbers were deceptive because the new, more infectious virus mutant B 1.1.7 was spreading faster. Recently, virologist Melanie Brinkmann warned in a Spiegel interview that these mutations would “overrun us”.

Lauterbach said: “I arrive at similar results in my own calculations. I assume a growth rate of +35 percent/week today, which corresponds to an increased R-value (reproductive number) of about 40 percent.

“Then we would have approx. 20 percent B117/B1351 as of today. Case numbers will then drop until the end of February, then the 3rd wave.”

Lauterbach called for “courage and transparency” from leaders. The worst solution would be to wait until the third wave arrives because lost time cannot be recovered, he said.

'Situation far from under control'

But the numbers still vary greatly between states. In Thuringia on Tuesday there was an average of 134.9 new cases per 100,000 residents in seven days and in Saxony-Anhalt that number was 106.1.

At the other end of the scale Baden-Württemberg recorded 59.6 new cases per 100,000 people in seven days on Tuesday, and in Berlin the incidence was 62.

According to German media site Focus, internal circles in the Robert Koch Institute are also discussing a possible new surge in case numbers culminating in another emergency – like the peak in December – by the end of March at the latest.

Before Christmas there were nearly 200 new cases per 100,000 people in seven days.

Instead of loosening the rules, some in the RKI are also calling for further tightening of the rules.

Experts believe the contact restrictions are not being implemented properly by many people, family and friends are not keeping enough distance when meeting, and that there are too many day trips.

Transmission of the virus without symptoms is one of the main problems of the pandemic, say RKI sources.

“The situation is far from under control,” he said.

Meanwhile, virologist Alexander Kekulé said in a Welt interview that he doesn't believe the mutation alone is responsible for a change in dynamics.

“It is easier for politicians to say: 'I didn't do it, the mutant did',” Kekulé said. He said that paves the way for leaders to blame the variants rather than pandemic management.

“For me, roughly speaking, 90 percent of these outbreaks are explained by poor corona management and ten per cent by the new variants,” he said.

According to the expert, the new variants can only spread widely “if there is an open gap in the defence concept”.

Kekulé added: “Where they have spread, protective measures had always been relaxed shortly before.”

Some scientists in Germany, however, have called for an end to lockdown measures and a new strategy in dealing with the pandemic.

This could involve opening up schools and some businesses with extensive testing and while protecting vulnerable people and those in old people's homes, for example.