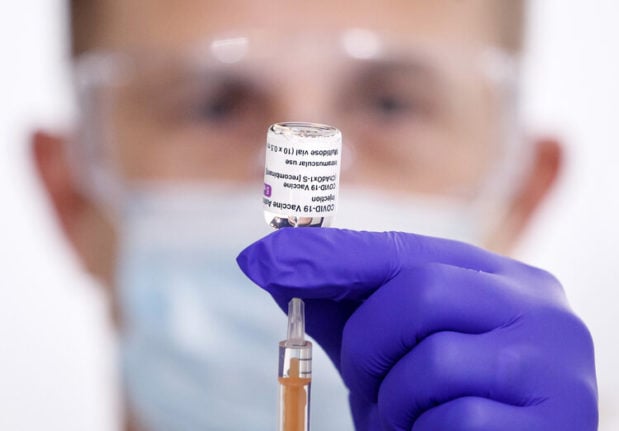 While over 18 percent of Brits and close to two thirds of all Israelis have had at least one jab against coronavirus, just four percent of Germans have so far been inoculated.

The lack of supplies of vaccine to Germany has been blamed on the purchasing strategy of the EU. Critics say the Commission signed its contracts too late and paid the pharma firms too little money.

With the main providers – BioNTech, Moderna and AstraZeneca – all failing to deliver the agreed amount of doses for the first quarter of the year, vaccine centres across Germany have been underused or even empty since the rollout started at the end of December. 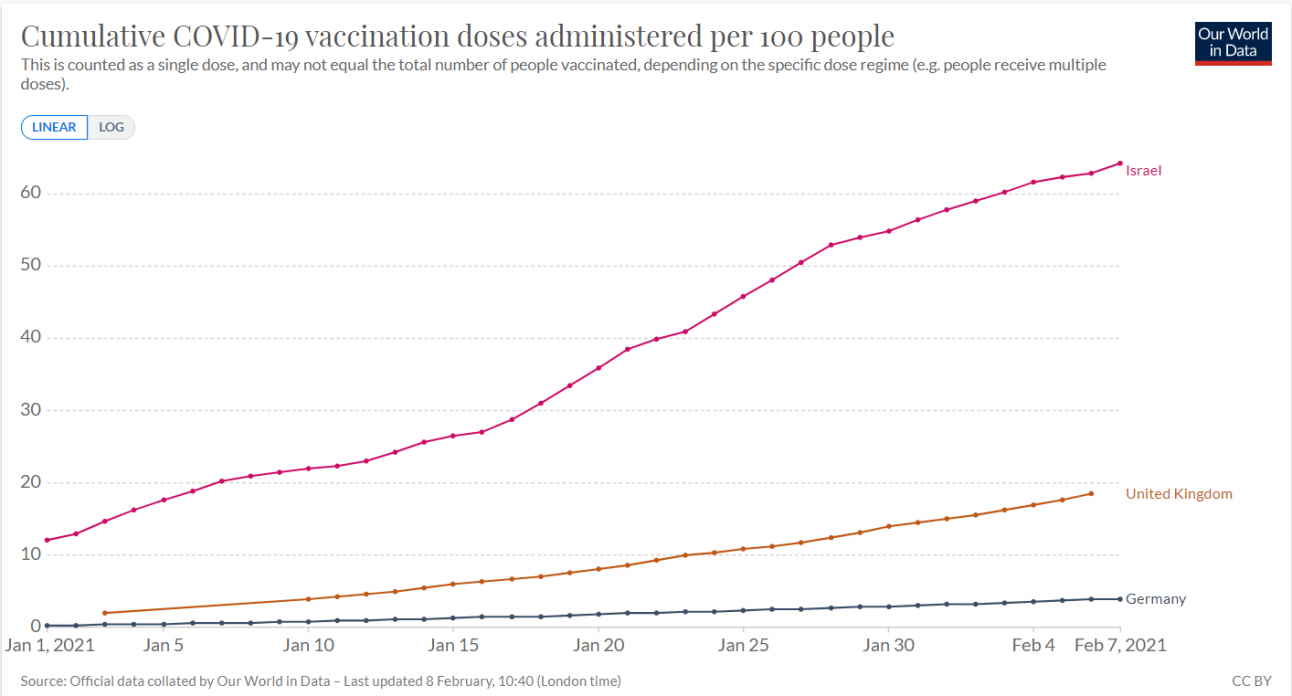 Graph by Our World in Data shows Covid-19 vaccinations per 100 people in Israel, the UK and Germany.

In North Rhine-Westphalia the vaccine centres were only opened on Monday. At the same time, mobile teams have been visiting care homes and vaccinating residents on location.

A couple of solutions that could help Germany speed up its rollout have been proposed. We talk you through the main ideas.

READ ALSO: 'Miracles are not going to happen': Row breaks out over Germany's slow vaccine rollout

In general, economists are in agreement that these unusual times make it necessary for the state to take a more active role in what would normally be a private enterprise.

“The production is really expensive,” economist Marcel Fratzscher told der Spiegel. With private companies hesitant to risk so much of their own capital in new production facilities “it is a mistake to believe that free markets alone will solve this problem,” he says.

The economist Clemens Fuest, who heads the Ifo Institute, one of the country’s largest economics think tanks, has said that Germany needs to create massive financial incentives for the pharma firms to deliver vaccines ahead of schedule.

According to Fuest, companies that deliver more quickly could be given millions of euros in bonuses. “A dose that is delivered three months too early could be worth hundreds of euros to society,” Fuest says, pointing to the huge costs involved in lockdowns.

This is a view that is supported by the Free Democrats, the liberal opposition party with 80 MPs in the Bundestag.

“The economists who advocate incentives to accelerate vaccine production are right,” argues FDP politician Marco Buschmann in an article for Die Welt.

“This is more than mere theory. Very similar incentives eliminated the shortage of medical masks in Germany extremely quickly,” he adds.

Other economists, and some leading politicians, think that more drastic solutions are needed.

The Green party is calling for an “emergency economy” in which the state could order companies to turn their facilities over to vaccine production.

Moritz Schularick, an economist at Bonn University, says the point at which the tough hand of the state is needed has already arrived.

“Financial incentives alone are no longer sufficient, but production must be organized as an emergency economy , like a war economy,” he writes in der Spiegel.

According to his plan, the German government would seize the patents for the vaccines and start producing them in laboratories that the state itself builds. The companies would be paid later when the pandemic is over.

Seizing intellectual property is, of course, normally illegal, so such a path is fraught with legal difficulty. 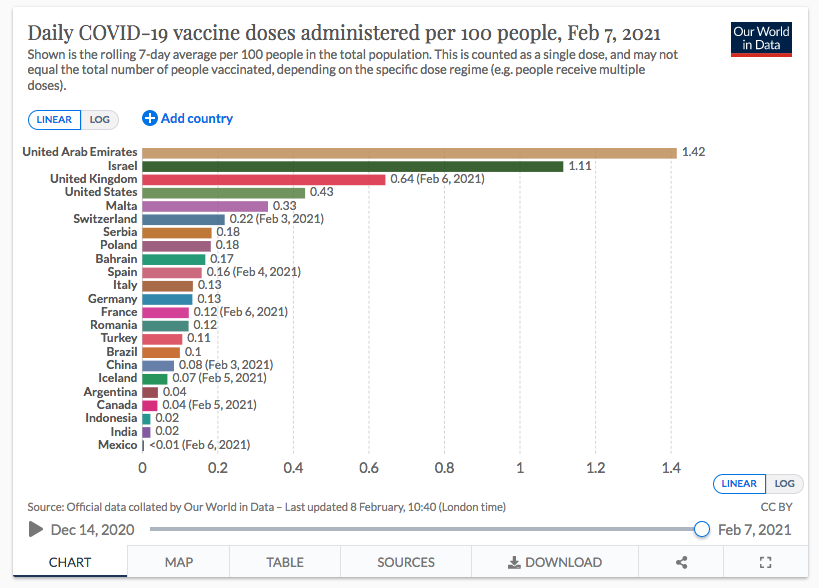 Graph by Our World in Data.

How complicated the process of taking over production from the vaccine companies would be is nicely illustrated by an article in der Spiegel, which describes the intricate production chains involved in producing vaccines.

BioNTech, which brought the first vaccine onto the market, produces the mRNA that is the core of the vaccine itself: but the mRNA needs to be encased in nanoparticles that are imported from the USA.

The process of placing the mRNA in the nano-particles is carried out by other companies, some of which are based in Austria. Once this process is complete, the mRNA is taken to BioNTech’s plant in Belgium to be bottled in the finished doses.

Sceptics of state intervention worry that the government would not have the competency to manage these diverse tasks.

In the meantime, BioNTech is building a new plant in the city of Marburg which should be completed in March. Building has taken just months, and the firm promises that it will be able to produce 70 million doses a month there.

That extra production could help the government fulfil its pledge that everyone who wants one will get a vaccination by the end of September.