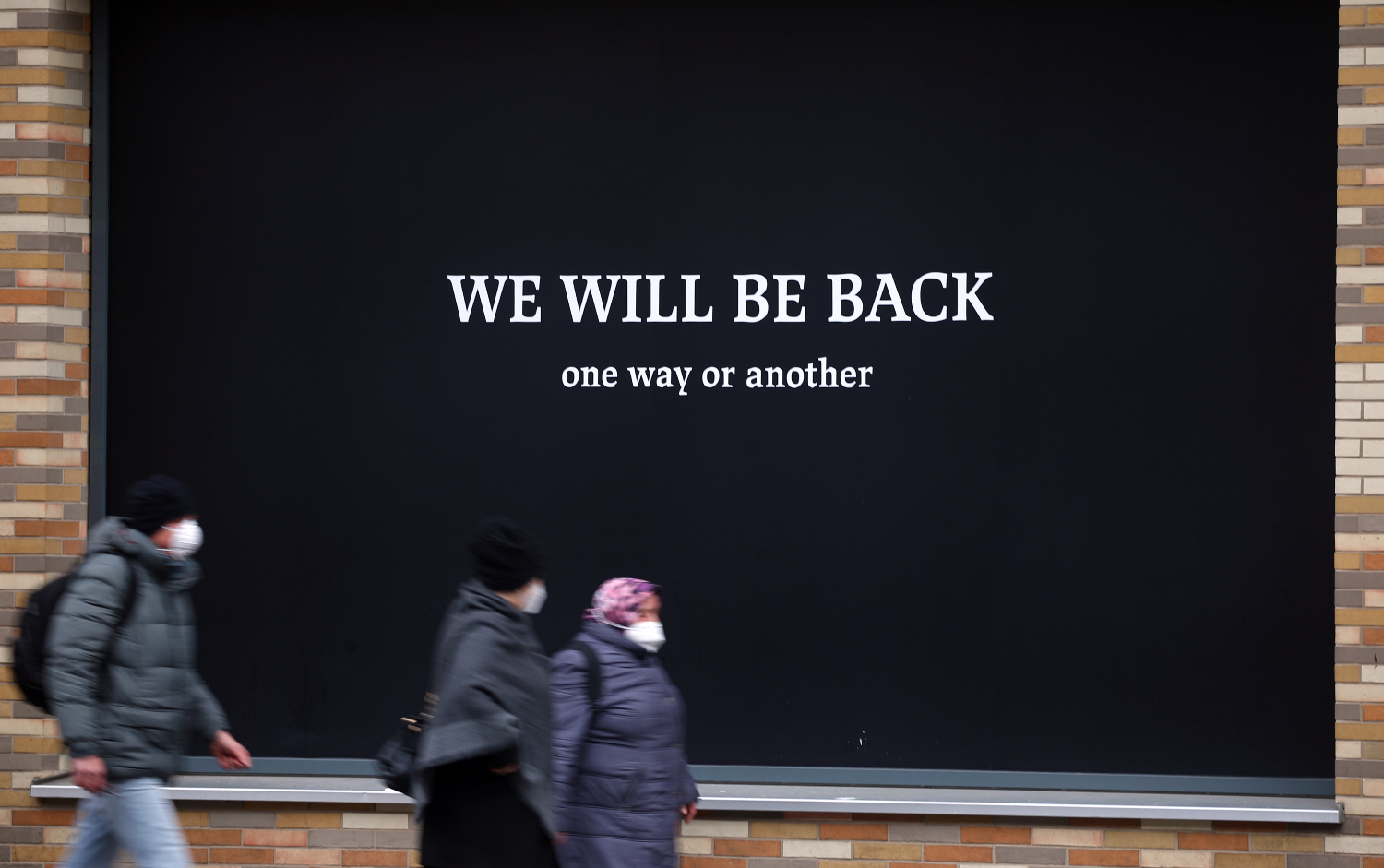 People walking past a closed hostel in Berlin on February 5th. Photo: DPA

The German government earlier this week dampened hopes that a step-by-step loosening of lockdown measures would be agreed at this stage.

Health Minister Jens Spahn said the government would resist any attempts by state leaders to start relaxing the measures “until we are clearly under an incidence of 50 (new infections per 100,000 residents in seven days)”.

But the calls for proposals on easing of measures are getting louder.

Despite all the uncertainties in the pandemic – including worries over new variants – Berlin's Mayor Michael Müller said the population needed to be shown that easing of restrictions will happen soon.

“We are in a critical phase,” he said. “On the one hand, the declining infection figures give reason for hope, but the diffuse information and findings on the mutants cause us great concern.

“However, we want to and must give people a perspective for possible easing of steps, if the infection figures indicate this.”

“I therefore expect from the federal-state meeting on Wednesday that, despite the uncertainties, we can at least agree on a joint framework plan, if possible coupled to incidences and the utilisation of our intensive care units,” the Social Democrat politician said.

Germany closed restaurants, hotels, culture and leisure centres in November, before adding schools and non-essential shops to the list in December.

Households are allowed to meet with one other person, and the government has urged people to reduce contact to the minimum.

On Wednesday, Chancellor Merkel, representing the government, and the 16 federal state leaders will discuss the next steps of the crisis.

The current measures are due to expire on February 14th. However, the government will push to extend the shutdown until at least the end of February.

“From the employers' point of view, it would be incomprehensible to continue the restrictive measures without finally identifying a clear and rule-based opening scenario that is also supported by a broad majority,” Rainer Dulger, President of the Confederation of German Employers' Associations, told the Redaktionsnetzwerk Deutschland (RND) on Tuesday.

Some states, including Schleswig-Holstein, Thuringia and Saarland have developed their own road maps out of the shutdown which they want to discuss at the summit.

The FDP parliamentary group will also put forward a step-by-step proposal for opening up.

Health Minister Spahn and Bavarian state premier Markus Söder, however, have rejected the idea of exiting the shutdown at this stage. The virus is too dynamic at the moment for that, they argued.

Others agree. Hamburg's mayor Peter Tschentscher (SPD) told RND: “Opening steps may only be taken when the influence of the mutations on the incidence of infection can be assessed. That is currently not yet the case.”

He also called for a coordinated and consistent approach between the federal and state governments “to prevent a renewed relapse in the sense of a third wave after the current decline in infection figures”.

One of the most important topics on Wednesday's agenda will be regarding the future handling of the schools.

On Monday Chancellor Merkel reportedly told her party members that a long-term strategy for schools and Kitas would be discussed at the meeting.