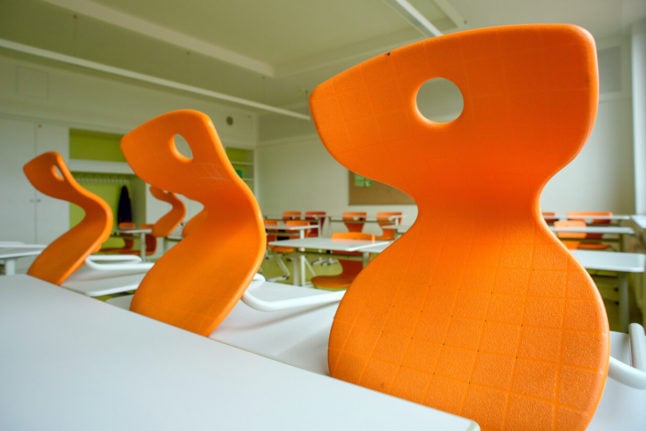 Health Minister Jens Spahn said the federal government would resist any attempts by state leaders to start loosening the measures “until we are clearly under an incidence of 50 (new infections per 100,000 residents in seven days)”.

Speaking on the talk show Anne Will, Spahn said that he could give no-long term perspective for a loosening of the rules. “I know that everyone wants a six-month plan but that’s impossible in this pandemic.”

Economy Minister Peter Altmaier backed up this position, saying that “it would not be responsible to take concrete steps at this stage – the numbers are still too high.”

As infection rates continue to fall nationwide, three state leaders presented plans over the weekend for a step-by-step re-opening of the country.

READ ALSO: Is this Germany's roadmap to head out of lockdown?

The Robert Koch Institute reported a seven day incidence of 76 per 100,000 people for Monday, down from a peak of 198 just before Christmas.

The plans, which were sent out to other state leaders by the minster presidents of Thuringia, Schleswig-Holstein and Lower Saxony, lay out criteria for opening up schools and small businesses like hairdressers.

While each plan was slightly different, they appealed for a nationwide strategy that would consider not only the infection rate, but also intensive care occupancy, the vaccine quota and the rate at which the virus is spreading

Some state leaders are strictly opposed to relaxing the measures at a time when there is still uncertainty about the prevalence of mutated strains of the virus.

“It is annoying to have to take everything so slowly, but that is the only thing that really helps. Our challenger – the virus – doesn’t stick to any of the deadlines we set,” said Bavarian leader Markus Söder on Sunday.

Schools will be big topic

One of the major themes at the Wednesday meeting of state leaders with Chancellor Angela Merkel will be the reopening of schools.

At the last meeting in January, several states angrily resisted Merkel’s plan to keep schools closed but in the end had to concede defeat.

On Monday the federal Education Minister, Anja Karliczek, will publish a hygiene concept which her ministry says will allow schools to stay open even during the pandemic.

“We need an ambitious plan so that we can help the children and young people,” Karliczek said. “After all, it's not just about imparting knowledge, but very much about developing their personalities and enabling social interaction.”

According to press reports, the plan will mean that children will go to school in shifts, thus lowering crowding on buses. They will also have to wear masks at all times.

READ MORE: When (and how) will Germany's schools and Kitas reopen?