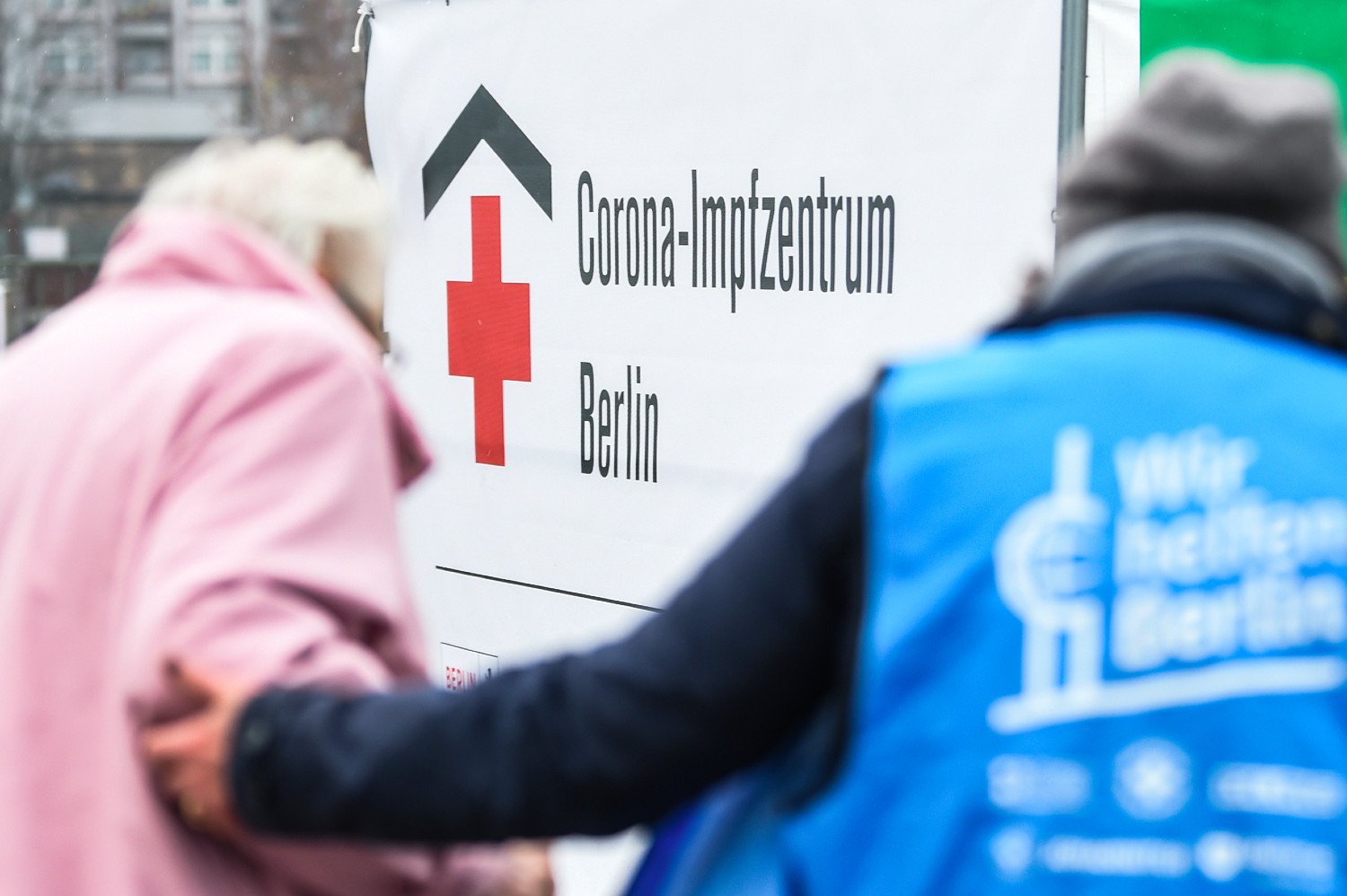 Outside a vaccination centre in Berlin. Photo: DPA

Germany's vaccination programme has been hit with supply issues while its been slammed for its slow pace.

On Monday Angela Merkel, state leaders, pharmaceutical bosses and the EU Commission held an emergency vaccination summit to discuss what's gone wrong, and how it can be improved.

Merkel reassured the population that everyone would be offered a vaccine by the end of summer (September 21st). However, she said there would be vaccine shortages until the end of March.

She added: “I think we have been able to bring a bit of reality into this today, because miracles are not going to happen now.”

The Chancellor announced that the government would put together a national “vaccination plan” which should help states plan and offer appointments more efficiently.

After the meeting Health Minister Jens Spahn (CDU) said there would be “tough weeks of shortages” in the first quarter to April.

“This cannot be accelerated any faster, not even with money,” he said. Spahn said there would be significantly more vaccine doses available in the second quarter.

BioNTech boss Ugur Sahin told broadcaster ARD that the manufacturers were in an exceptional situation.

“We ourselves depend on suppliers to deliver materials to us,” he explained. “We don't have full warehouses either.

“Everything we produce is de facto delivered immediately.” If there is a delay because of a problem, it affects everything immediately, he said.

However, the government is still facing criticism following Monday's talks.

The Greens, the Left, party, and the Free Democrats all expressed disappointment after the top-level talks.

He said the German government and the European Commission should now set up a task force on vaccine procurement.

Green party leader Robert Habeck said a vaccination summit is supposed to explain the current strategy – but instead only a vague plan had been announced.

“And I don't think that is satisfactory,” he said.

On Monday German firm Bayer said it was to produce a Covid-19 vaccine currently being developed by CureVac from 2022.

Habeck said the government must check to see if more vaccine production opportunities were out there.

The leader of the Left Party in the Bundestag, Amira Mohamed Ali, said: “I expect the federal government to stop beating around the bush and present a clear plan on how it wants to end this vaccination chaos.”

Dietmar Bartsch, leader of the Left parliamentary group, also said a clear plan was needed on how to lead Germany out of the “vaccination disaster”.

“This would require a clear production and distribution plan that takes effect in the short term,” Bartsch told the newspapers of the Funke Mediengruppe.

Representatives of the states also expressed their dissatisfaction.

Mecklenburg-Western Pomerania's state premier Manuela Schwesig (Social Democrats) said: “The EU commissioners could not convincingly explain to me why more (vaccine) was not ordered, as is the case in other countries.”

However, some believe the talks were a step in the right direction.

Chief executive of the Association of Cities, Helmut Dedy, told the Rheinische Post that there was now more transparency about vaccine deliveries.

“We very much hope that this will also result in more planning security for the municipalities that operate the vaccination centres,” he said.

Head of the Association of Towns and Municipalities, Gerd Landsberg, told the Funke Mediengruppe that the intention to achieve better coordination in the allocation of appointments is a good one.

“We therefore expect the creation of a vaccination schedule that is as detailed as possible to be pushed forward as quickly as possible,” he said.